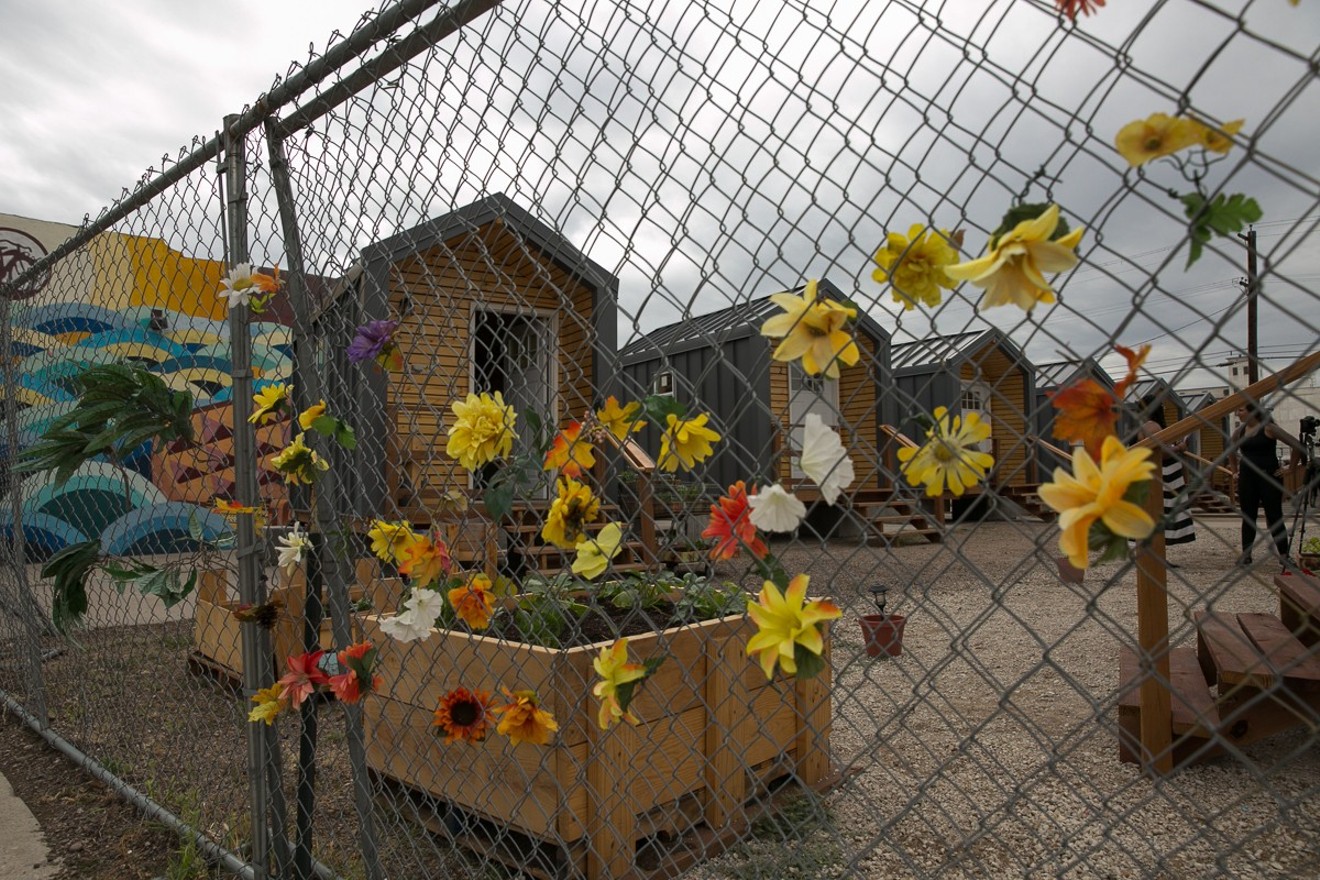 Built by the Colorado Village Collaborative — a coalition of organizations including the Beloved Community Mennonite Church, ASAP, the Interfaith Alliance of Colorado, Bayaud Enterprises and Denver Homeless Out Loud, as well as individual members — the Beloved Community Village had to raise around $265,000 to complete the project, according to organizer Cole Chandler. As the group was on the edge of reaching that goal, ASAP principal member Kayvan Khalatbari contacted LivWell about a possible donation.

LivWell founder and CEO John Lord was interested in the project, he explains, and was aware of Khalatbari's work in the cannabis industry through his consulting firm, Denver Relief Consulting. When Lord was offered a chance to complete the project with a $10,000 donation, he was motivated. "We're all guilty of minimizing the homeless issue," Lord says. "This is something we drive past every day. Our employees drive past it every day. It's important for us to see these local projects succeed." 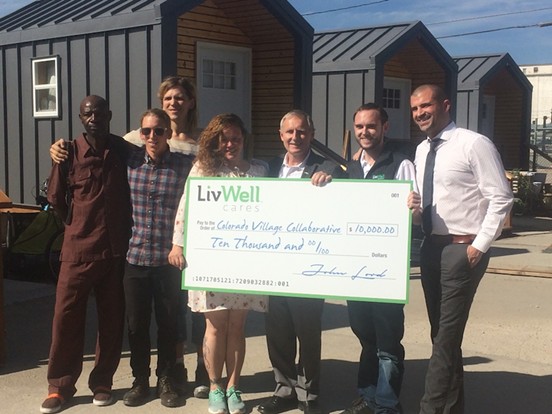 LivWell CEO John Lord (third from right) started LivWell Cares, a charitable branch of the dispensary chain, to help fund community projects.
Thomas Mitchell
Designed to combat Denver's rising homeless population and declining housing supply, the Beloved Community Village houses fifteen people in eleven eight-by-twelve-foot housing units; the temporary settlement also has a communal kitchen, bathroom and shower facilities. The community is self-governed and has had relatively little turnover. "Believe it or not, having a locked door and bed to sleep in at night makes a big difference in finding a job or moving forward," Chandler explains. Since moving in, several of the residents have found employment.

The project received close to $60,000 from approximately 400 individual donations; most of the rest of the funds came from various groups and organizations in the city, Chandler says, many of which were part of the CVC. Local businesses such as Lowe's and Home Depot made in-kind donations of construction material, but LivWell was the only business to donate cash. Neal Levine, LivWell senior vice president of government affairs, says the company is in discussions with the CVC to add more amenities, such as flower pots and gardening tools.

Although this Beloved Community is now debt-free, its organizers haven't stopped looking for donations. Denver had only approved a six-month, temporary zoning permit for the project, which means the CVC will have to find a new site for the dwellings by January 12, 2018, or its residents will have to find new places to live.