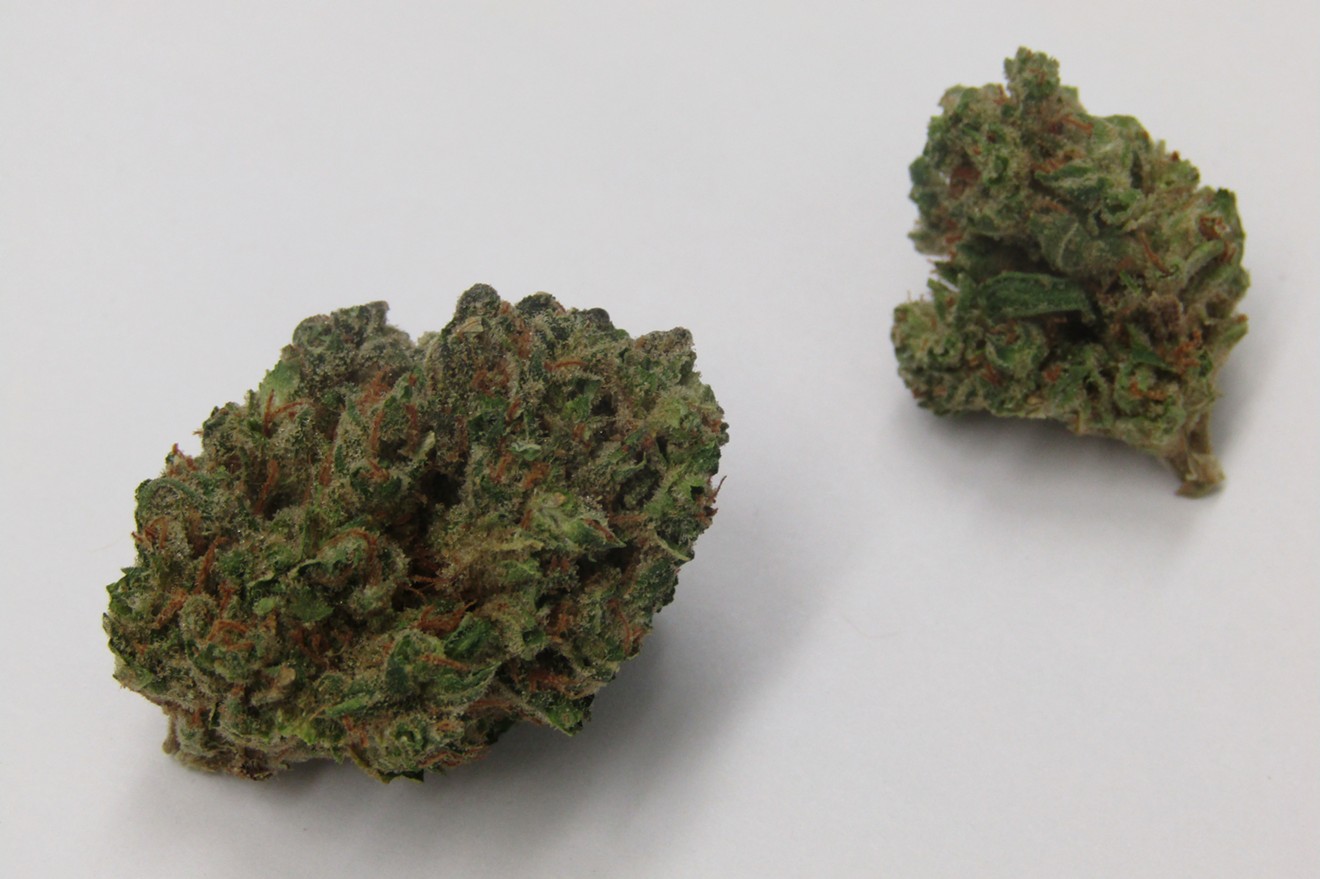 Durban Kush: the Meg Griffin of weed. Herbert Fuego
In sports, the super team is usually disliked by the masses. We want our best athletes to put a team of role players on their backs, and we’ll poop on any collection of superstars who’d rather win faster and easier by joining forces. If we felt that way about cannabis breeding, we’d never have Durban Kush.

A hybrid of Durban Poison and a Chem D and OG Kush cross, Durban Kush is the equivalent of a big three in basketball. But in every big three, at least one of the stars has to make significant sacrifices for the team’s best interest. Ray Allen did it for the Celtics. Chris Bosh did it for the Heat. So which one of Durban Kush’s big three takes a back seat for the greater good? That answer depends on the cut you get, but let it be known that the earthy funk of OG Kush takes a back seat to no strain, and it rarely does in this offspring, either. However, the Durban Kush I’ve come across does have varying levels of Durban Poison and Chem influences in its smell.

Despite its all-star lineage, Durban Kush is likely to stay stuck in the shadows of its more popular parents and has now reached the status of bypassed older sibling of Girl Scout Cookies — a cross of OG Kush and Durban Poison that has taken over commercial cannabis for the past six or seven years. It’s never been as popular as the more modern Girl Scout Cookies, and is still often confused with Durban Poison, thanks to the similar names. This is all relative, though, as Durban Kush has carved a sizable presence in Colorado.

Looks: Durban Kush tends to grow at around medium height, with oblong buds and loose calyxes that’ll take you back to strains of yesteryear. The loose, classic sativa structure is accompanied by a bright-green color usually ranging from lime to wintergreen, with occasional spots of purple.

Smell: Instead of ganging up on those earthy, herbal OG Kush notes, Durban Poison and Chem D’s gassy aspects combine into a blend of sweet citrus and chemicals — almost like nitrous oxide at the dentist — before the muddy whiffs of soil and pine swoop in.

Flavor: The Durban Poison and Chem D really shine through the smoke, with those metallic, gassy fumes and thick citrus flavors mixing together for a chemical-leaning aftertaste; it screams old-school sativa.

Effects: Although it’s hard to focus at times after smoking Durban Kush, the high is relatively productive, providing boosts of energy and enthusiasm without heavy munchies. The uplifting effects are said to drop off into a relaxing body high, but that never seems to happen when I take Durban Kush for a spin on a Sunday morning, or even as a light pre-workout toke. Just keep some water around, because your mouth will be even dryer than usual.

Home grower’s take: “It’s a fun strain to grow. I bought seeds of it from Ethos Genetics and kept it around for about a year. Took well to the lights, and those colas nugs really took on weight and resin in the three weeks leading up to harvest. It would start getting purple quick — found that out by accident during a short heater mishap — which some people like for eye appeal. I just liked the high, though, and pulling out as many sweet, gassy flavors I could. Took a solid ten weeks to pull, but it was worth it.