Over 70,000 Illegal Plants Pulled From Colorado Public Land in 2017 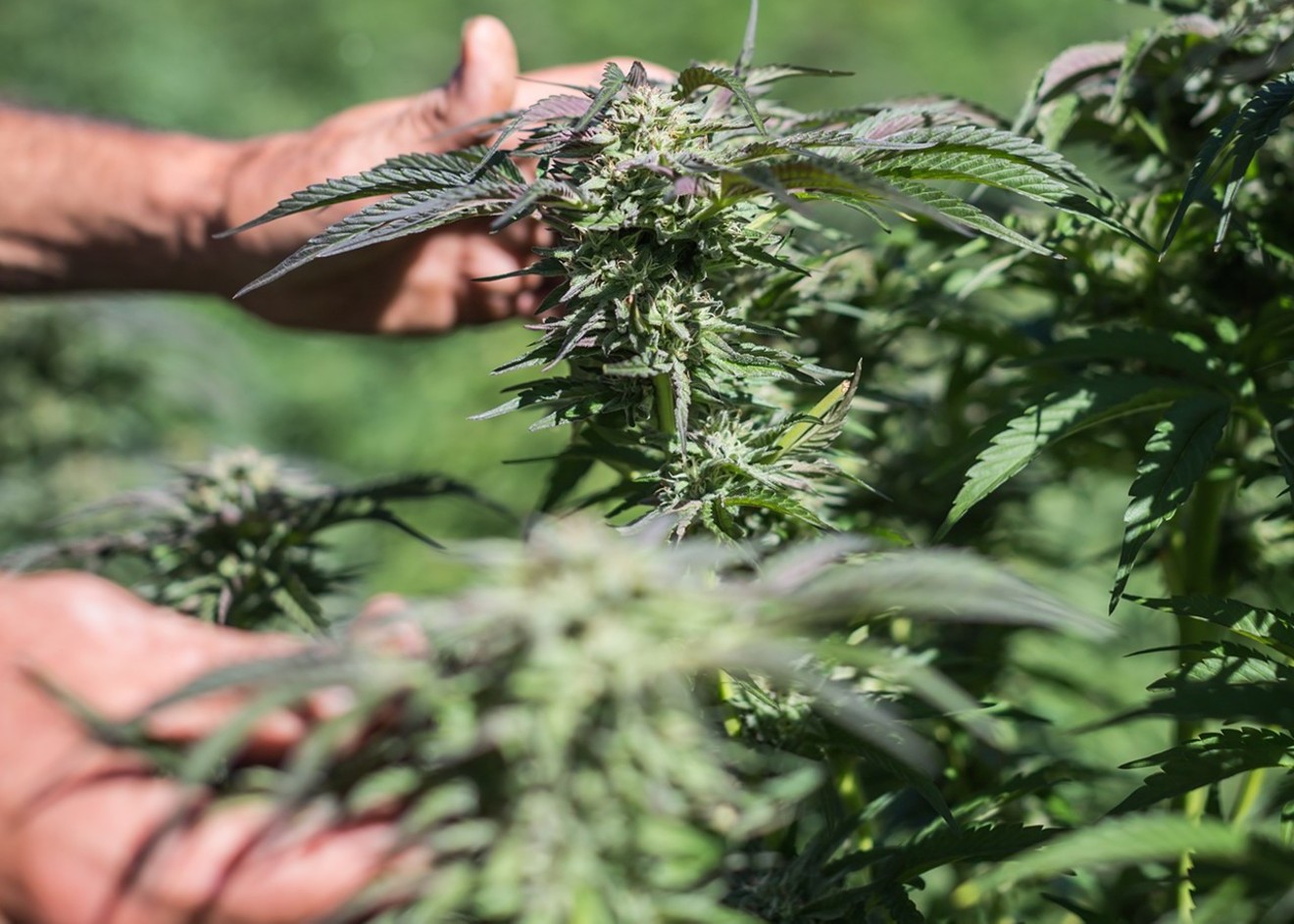 National parks can span millions of acres, providing plenty of room for illegal marijuana grows. Jake Holschuh
Government reports recently revealed that over 665,000 pounds of legal marijuana were sold in Colorado last year, but that number hardly accounted for every sale in the state. Although market research shows that Colorado's marijuana black market has become significantly smaller than the rest of the country's since retail dispensaries showed up in 2014, it hasn't evaporated altogether.

Various law enforcement agencies collaborated on a network of raids on illegal marijuana grows in at least five towns and two counties on August 9, as first reported by the Denver Post — and the marijuana seized from the raids could be small potatoes compared with what's happening on public land in Colorado.

According to a breakdown of illegal marijuana grows from the United States Department of Justice, federal authorities removed over 71,000 plants from approximately 38 combined acres of public land in Colorado in 2017. The investigations were largely conducted by the U.S. Forest Service, Bureau of Land Management and Homeland Security Investigations (ICE).

“Public lands are just that — they’re public and belong to all of us,” says U.S. Attorney Robert Troyer, who oversees the District of Colorado. “These black-marketers abuse our land, our water, our animals and plants. With these prosecutions, we motivate black-marketers to make less harmful occupational choices.”

The seven investigations resulted in the arrests of thirteen people, who received sentences ranging from one to five years in prison; a court case is still pending for one individual. Although one case involved 100 plants grown by a homeless man in Whitewater, the six other grows each involved thousands. A single raid near Rye seized approximately 14,000 plants.

Four of the seven grows were located in the San Isabel National Forest, which spans over 1 million acres. The 9,100 plants seized from two islands on the Colorado River were not included in the federal tally of seized plants, although federal authorities did participate in the raid.

“Illegal marijuana grows on public lands pose safety and environmental risks to all of us," BLM special agent in charge Gary Mannino says in a statement. "We will continue to work with local, state and federal agencies to ensure that the public is safe when they recreate on their lands, and that we protect the natural resources in our care.”

Here's the DOJ's breakdown of each case:

United States v. Santos Ramirez-Alvarez and Santos Ramirez-Carrillo
On two islands in the Colorado River near DeBeque, approximately 9,100 marijuana plants were found growing on BLM land. Water from the Colorado River was diverted to irrigate the grow, while money derived from the grow went to individuals in Sinaloa, Mexico. Two defendants were arrested, charged and pled guilty to a conspiracy to manufacture and distribute marijuana. They were sentenced to 57 months and 60 months in prison, respectively.

United States v. Fernando Esquivel Herrera
In the White River National Forest, near Placita, approximately 2,700 marijuana plants were found growing on about eight acres of public land, with another 3,000 plants already harvested. Multiple bottles of WD-40 were found at the site. The defendant was charged with conspiracy to manufacture and distribute marijuana plants, along with other crimes. He was sentenced to 60 months in prison.

United States v. Neil Andrew McKay
On BLM land near Whitewater, approximately 100 marijuana plants were located. The defendant, who was homeless, was found with a loaded handgun in his possession. He was sentenced to 12 months and 1 day in prison.

United States v. Vincente Medrano Duque
In the San Isabel National Forest near Rye, approximately 7,500 plants were located on a grow affecting approximately four acres. The defendant was charged and pled guilty to conspiracy and possession with intent to distribute marijuana plants, land depredation and illegal reentry. Sentencing is scheduled for the end of August.

United States v. Danilo Jemenez-Lopez and Margarito Yepez-Sanchez
In the San Isabel National Forest near Rye, approximately 14,000 marijuana plants were located on a grow affecting approximately twelve acres. Two defendants were charged, and one pled guilty to conspiracy to manufacture, distribute, and possess marijuana, as well as land depredation. The case against defendant Jemenez-Lopez is still pending.

United States v. Virgilio Alain Reyes Cervantes and Erik Pimental Magana Plata
In the San Isabel National Forest near Rye, approximately 9,000 marijuana plants were found on a grow affecting approximately seven acres. Two defendants were charged with conspiracy and possession with intent to distribute marijuana. They were sentenced to 15 and 21 months in prison, respectively.
KEEP WESTWORD FREE... Since we started Westword, it has been defined as the free, independent voice of Denver, and we'd like to keep it that way. With local media under siege, it's more important than ever for us to rally support behind funding our local journalism. You can help by participating in our "I Support" program, allowing us to keep offering readers access to our incisive coverage of local news, food and culture with no paywalls.
Make a one-time donation today for as little as $1.