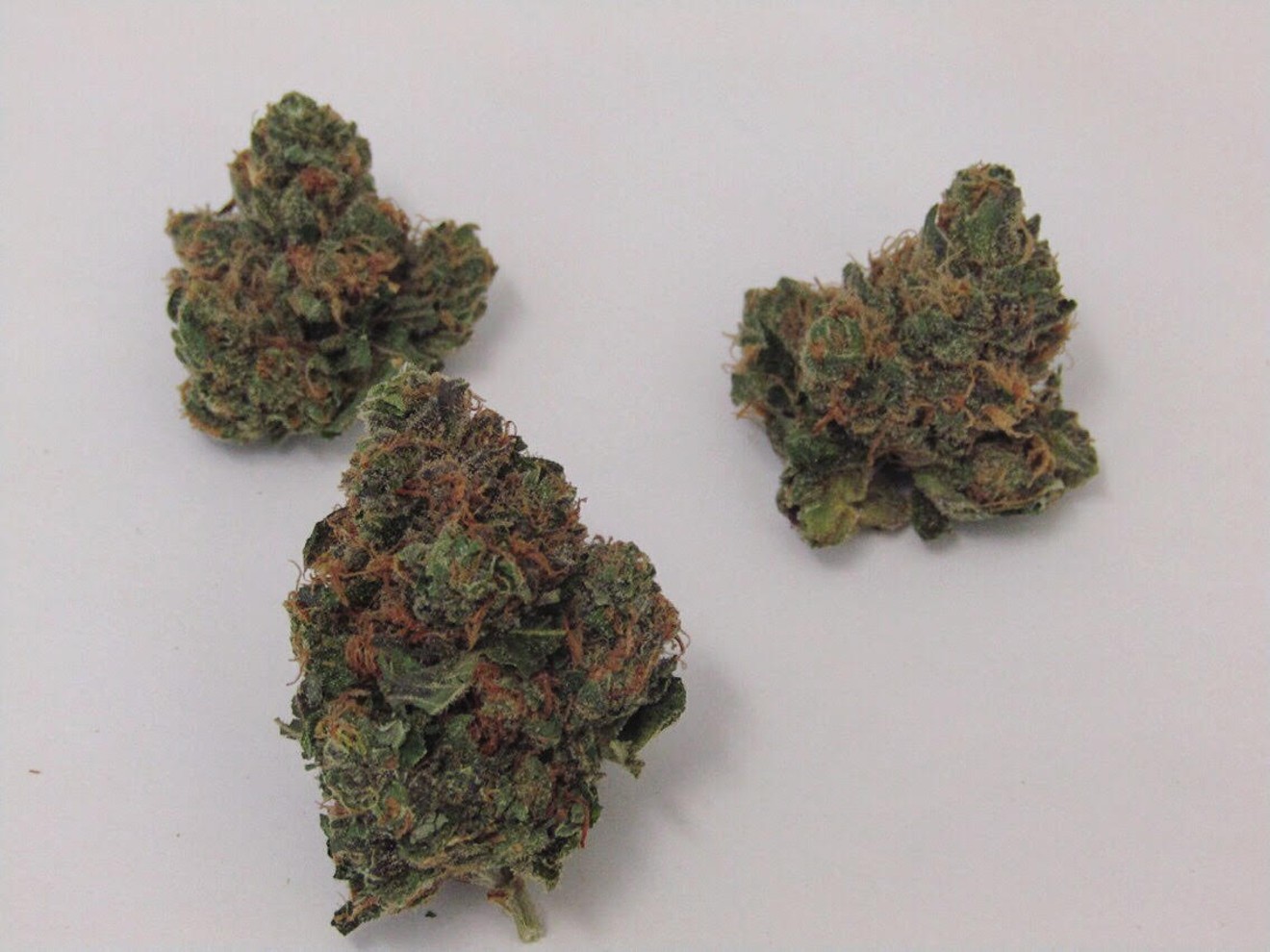 Some strains come and go, but the Plant remains. Herbert Fuego
I’ve never been one to hate on the outlandish or complex names of strains. But while the absurdity of a sativa called Somali Taxi Ride or a hybrid named Toxic Kool Aid might pique my interest, simple and no-nonsense classics are generally the strains that will last commercially. And few have names as straight to the point as Hash Plant.

You don’t need to phone a friend to guess what Hash Plant’s popularity stems from: The indica’s resin-glazed buds and short flowering period make it a natural candidate for extraction, and the heavy Afghani characteristics that dominate Hash Plant’s lineage are synonymous with Eastern bubble and finger hash. A flagship breeding effort from Sensi Seeds, Hash Plant has a small Northern Lights influence that pairs well with its Afghani influence, creating spicy, woody scents of bubble gum with a skunky back end.

Some variations of Hash Plant have also hit the market — Rare Dankness’s Pineapple Hash Plant and Purple Hash Plant can be found intermittently around town, and L’Eagle’s retired Texas Hash Plant was one of my favorite strains of all time — but if you’re looking for a classic nighttime/relaxation strain, stick with the original. Although Hash Plant isn’t quite a landrace, it’s about as pure an indica as you’ll find in dispensaries, with a calming, sedating high and ripe flavors of hash.

Looks: If strains were a football team, Hash Plant would undoubtedly be the center. Short, fat, sticky and dense, Hash Plant has football- and fist-shaped buds that display its Afghani heritage loud and proud. Evergreen in color, it has a heavy coat of trichomes.

Smell: Hash Plant carries a sweet and simple aroma. Strong, clear scents of bubble gum and soil sweep over the nostrils, followed by an equally potent wave of zesty funk with skunky overtones.

Flavor: Although there are subtle, tart notes of skunky beer up front, the strain’s earthy, hashy characteristics control the palate, with spicy, woody notes of bubble gum glazing the tastebuds.

Effects: You’d have to be pretty stoned to not notice that this is a heavy indica. Although mentally stimulating for a short time after inhaling, Hash Plant is almost purely meant for relaxation and recuperation purposes. Medically, it’s been used to treat chronic pain, muscle spasms, eating disorders, nausea, stress and insomnia.

Commercial grower’s take: “Even with all of those trichomes, it’s kind of been passed by in terms of potency. Don’t get me wrong: Hash Plant still puts me out when I smoke it, but it doesn’t go over 20 or 21 percent THC, and extractors want more potent buds to pull from now. Sounds weird saying this, but Hash Plant doesn’t make hash like some of the younger pups, so it’s not as popular in that regard. Still a solid indica and a juggernaut in the grow, though. Great beginner strain if you don’t have much room in the grow.

Home grower’s take: “Online guides will say seven or eight weeks, but I have friends who have pulled this in six, maybe even less. It loves a dry indoor setting and doesn’t need much topping, and it’s pretty easy to tell if you’re doing something wrong if the buds aren’t fattened and covered in resin by week five. I’m not sure why it’s not more popular in residential grows, really, because it’s super-fucking easy in the grow and has one of the shorter times to harvest out there. If you see clones of it, buy them up.”