Hemp Production Down by Almost 50 Percent — but Why? 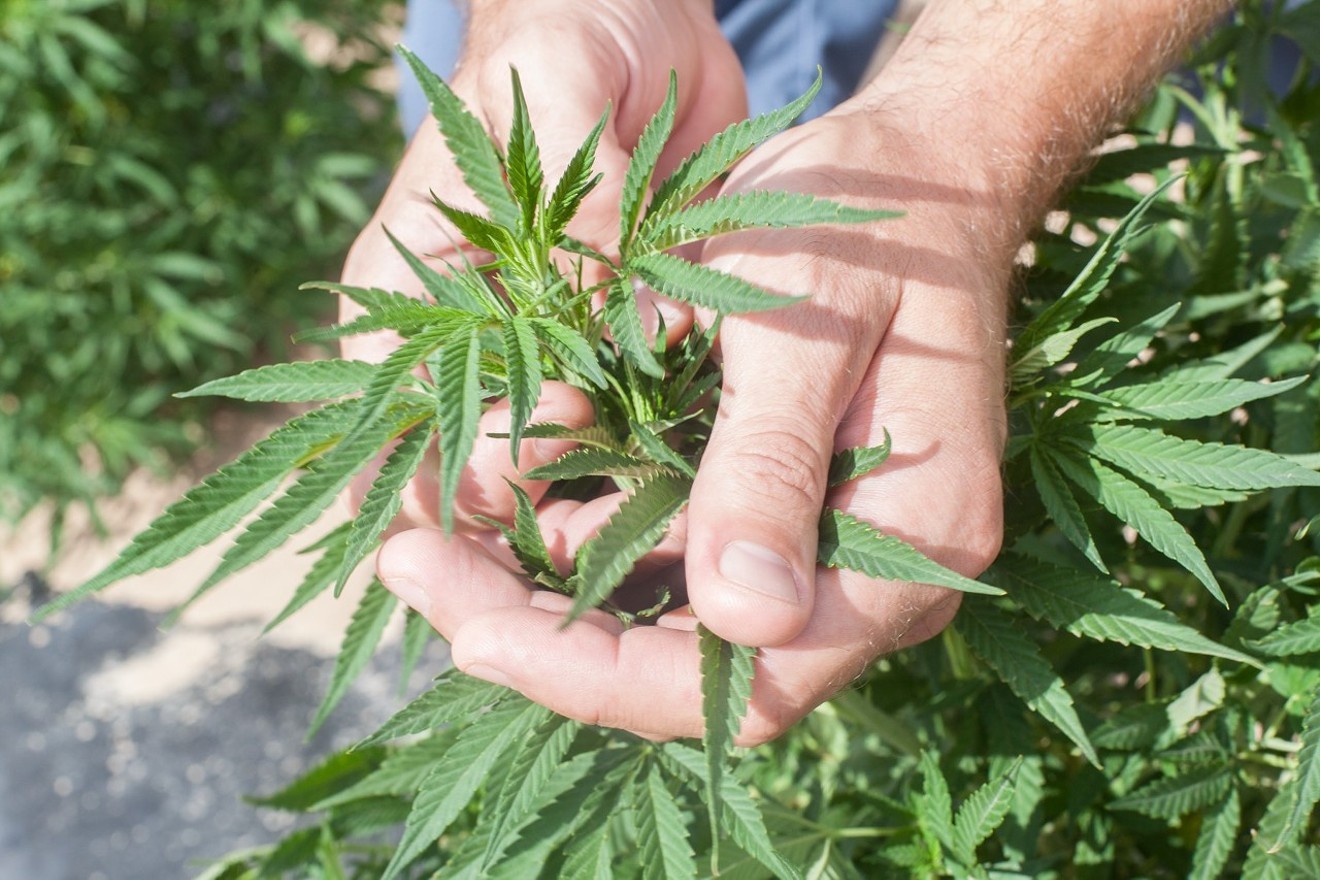 Colorado's hemp farms are cutting back. Jacqueline Collins
New numbers from Denver-based analytics firm PanXchange indicate that even as more states join the march toward legalizing both medical and recreational cannabis, one related area of the market is contracting: hemp.

PanXchange expects the country's 2022 hemp harvest to shrink by 46 percent, from about 36,925 acres last year to 20,000 acres this year. It attributes the drop in production to a worldwide “crash” in the CBD market in 2018; most CBD hemp extract (at least 75 percent) is currently being used to produce psychoactive Delta-8 and Delta-9 goods.

According to Jody McGinness, executive director of the Hemp Industries Association, the 2018 Agriculture Improvement Act coincided with a spike in popularity of CBD, or cannabidiol, an active ingredient in cannabis that can also be extracted from hemp. Extracting Delta-8 and now Delta-9 from hemp to sell in states where cannabis is not recreationally legal has become a big part of the hemp business.

“There was a very large boom-and-bust cycle that took place in the first couple of years of hemp, and that essentially meant that after 2019 and 2020, many, many farmers had leftover stocks of hemp — in some cases, all of their harvests — that they were never able to sell,” McGinness explains.

What led to this overproduction? Hemp is a relatively new industry, and nobody knew how much hemp would be needed to supply the emerging CBD market. “You can create the CBD crude or CBD extract with less acreage than anticipated,” McGinness notes. “Combined with improvements in extraction technology and other things, it turned out that we planted way too much hemp out of the gate.”

Julie Lerner, the founder and CEO of PanXchange, attributes the drop in hemp production to the supply glut. “The market was just flooded,” she says. “We still have customers who are working through 2019 backstock. And so the drop was necessary. It was a correction that had to happen.”

While she says that CBD “is a wonderful, wonderful solution for many, many ailments,” the industry as a whole didn’t understand the relationship between the ingredient (hemp) and the final product (extracted CBD). “We had all these analysts saying the market was going to go up,” she adds. “If you’re talking commodities, that’s like talking about the entire U.S. wheat crop in terms of the price of a bag of flour at Safeway. It’s not right, and it’s misleading.”

Another complicating factor in calculating necessary hemp production numbers is the plant's versatility. While much of it is used in cannabinoid extraction, fiber and grain use — or what Lerner calls the “grown-up uses” — are starting to emerge more strongly.

“The fiber has so many uses,” she explains. “Animal bedding is huge right now. It can be used in building insulation and building materials, and it’s exceptionally carbon-friendly, too.” Hemp grain also works for animal feed.

As the hemp market matures, Lerner anticipates that it will transition away from CBD and related extractions and toward more varied use.

But that will take time, she explains: “You’ve got this issue where your 3Ms of the world — your paper-processing people and all these other industries — are saying, ‘Don’t talk to me about hemp until you can show me you can give a steady supply at the right specifications,’ which they’re not even sure about yet. And the farmer, quite logically, is saying, ‘I’m not growing at scale until you get me a buyer.’ We’re working that growth pain out right now."

“We’re still trying to, as a national industry, right-size that hemp production number to fit demand,” agrees McGinness, who notes that research on hemp remains in the early stages. “The number of major and minor cannabinoids that we know about has more than doubled over the past couple of years. The variability in the genes means there’s probably a whole universe of compounds we haven’t begun to explore.”
KEEP WESTWORD FREE... Since we started Westword, it has been defined as the free, independent voice of Denver, and we'd like to keep it that way. With local media under siege, it's more important than ever for us to rally support behind funding our local journalism. You can help by participating in our "I Support" program, allowing us to keep offering readers access to our incisive coverage of local news, food and culture with no paywalls.
Make a one-time donation today for as little as $1.