LAX Now Allows Passengers to Carry Weed. What About Denver? 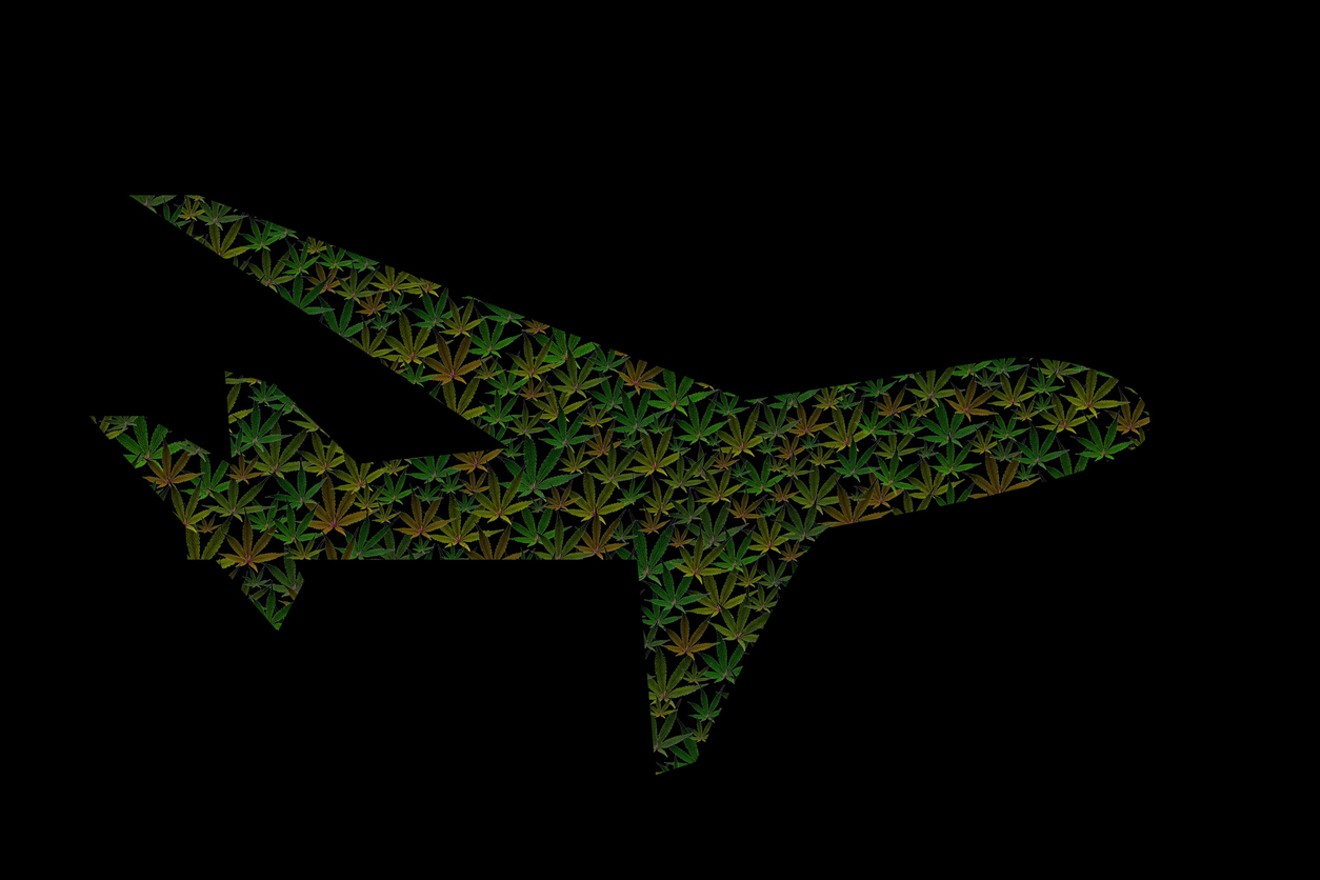 iStock/smileitsmccheeze
Los Angeles International Airport made the weed crowd go crazy on September 26, when the Internet started sharing a page on the LAX website revealing that the airport now allows passengers to carry cannabis.

According to the page, the "Los Angeles Airport Police Department will allow passengers to travel through LAX with up to 28.5 grams of marijuana and 8 grams of concentrated marijuana" in accordance with Proposition 64, the state initiative that legalized recreational cannabis at the beginning of 2018. However, the policy also points out that passengers should be aware of the cannabis laws in the states to which they're traveling.

LAPD and LAX officials didn't respond to requests for comment on the new policy, but Denver International Airport spokespeople sure did — and they say we shouldn't expect the same freedom anytime soon. Not only does DIA's most recent passenger conduct policy ban any possession of cannabis at the airport, it also prohibits cannabis businesses from advertising there.

And DIA communications manager Emily Williams says that LAX's move isn't spurring Denver's airport in a new direction."Because marijuana remains illegal at the federal level, we do not have plans to revisit our policy at this time, nor has it changed," she explains in an email.

According to a conversation that a Kansas City Star reporter had with an LAPD spokesperson, LAX's pot policy has been in place since January, but people are just starting to find out about it. Since 2015, Portland International Airport has allowed passengers with Oregon medical marijuana cards to fly with cannabis if they're flying in-state. So why does Denver, which legalized recreational cannabis before both L.A. and Portland, still use the federal-prohibition argument as an excuse for prohibiting it from the airport?

The Transportation Security Administration is a federal entity that follows federal transportation laws, and TSA policy mandates that any TSA agent who confiscates cannabis refer the incident to local law enforcement, which will then decide whether or not to pursue criminal charges. If the local law enforcement entity is in a jurisdiction that has legalized cannabis and it's not illegal to possess cannabis at the airport in question, then passengers in possession won't be arrested — but that's only at LAX. Because possessing cannabis at DIA is still outlawed, our local police department could take action on travelers found with cannabis.

However, TSA — which accidentally said that passengers could fly with medical marijuana on its own website last year before immediately backtracking — has stated numerous times that it's looking for bigger fish than hash pens, edibles or a few nugs of weed. While TSA agents will confiscate cannabis if they find it, the agency is more focused on national security threats.

"TSA’s screening procedures are focused on security and are designed to detect potential threats to aviation and passengers. Accordingly, TSA security officers do not search for marijuana or other illegal drugs, but in the event a substance that appears to be marijuana or a cannabis-infused product is observed during security screening, TSA will refer the matter to a law enforcement officer," TSA's marijuana policy reads.

So for the foreseeable future, you're still not supposed to fly through Denver with weed...but it doesn't sound like anyone's looking too closely.
KEEP WESTWORD FREE... Since we started Westword, it has been defined as the free, independent voice of Denver, and we'd like to keep it that way. With local media under siege, it's more important than ever for us to rally support behind funding our local journalism. You can help by participating in our "I Support" program, allowing us to keep offering readers access to our incisive coverage of local news, food and culture with no paywalls.
Make a one-time donation today for as little as $1.