Lyft and Uber Offer Discounted Rides in Denver Around 4/20 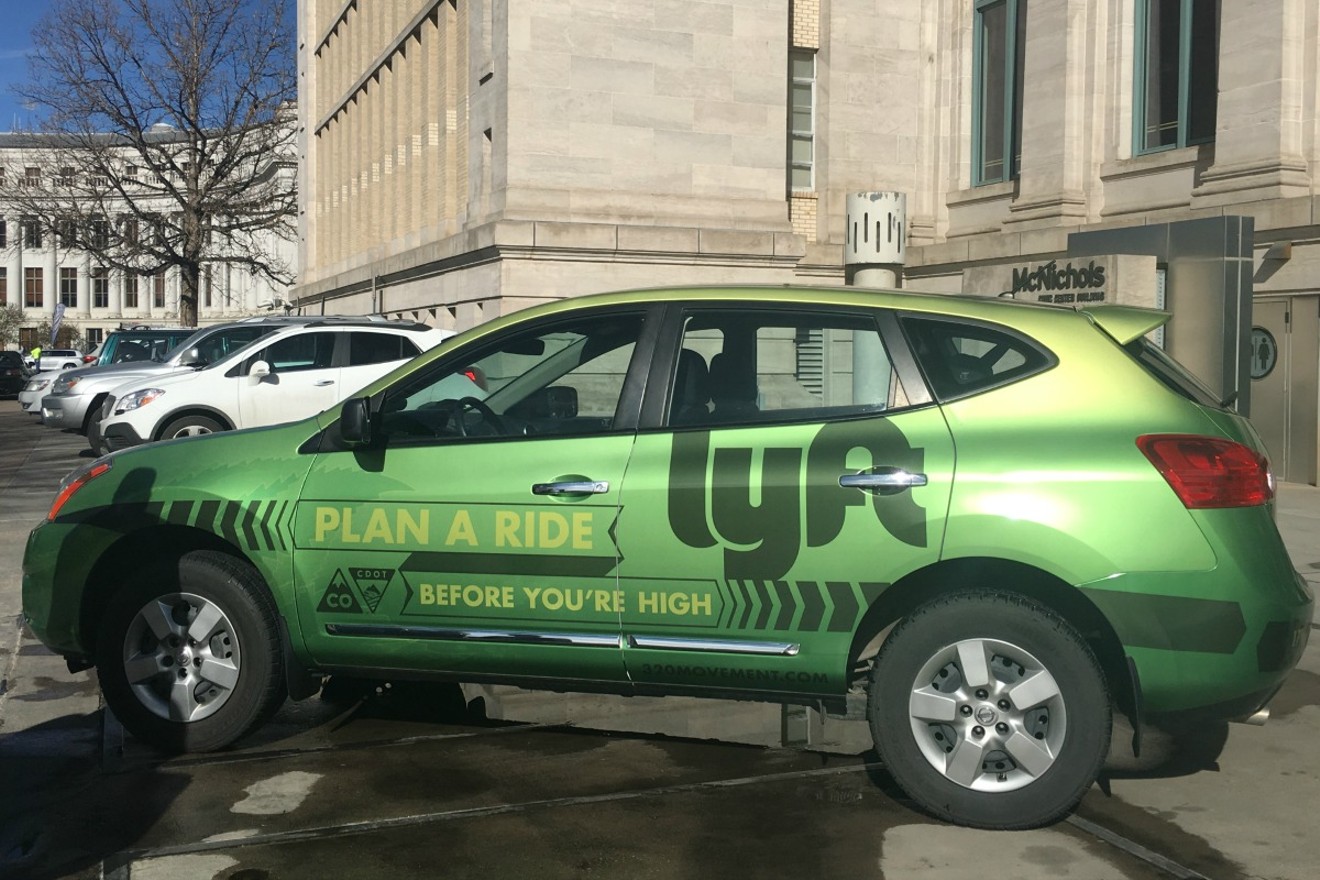 Kate McKee Simmons
Organizers are estimating that there will be more than 80,000 people celebrating in downtown Denver on 4/20, so the Colorado Department of Transportation is partnering with Lyft to give out free ride credits and discounted rides all week.

The collaborators even created a scavenger hunt for people to earn the free rides. There'll be "Mile 420" signs hidden at prominent marijuana events, each with a promo code to redeem $42 worth of ride credits. Lyft will also have street teams at 4/20 events handing out discount ride codes.

CDOT will also bring back its famed 3-D car display, which was first erected downtown last summer to warn of the dangers of driving high. The original billboard read, "Hits lead to hits: Don't drive high," but this one has more of a 4/20 feel. This time, the billboard is a candy bar — a fourteen-foot-long candy bar. On the front is a message that reads, "Plan a ride before you bite it." Where nutrition facts are usually found on the back, there will be statistics on the dangers of driving high. The billboard will go up on Tuesday, April 18, at TruCannabis Mile High, 1630 Federal Boulevard.

In March, CDOT launched its safe driving program, 320 Movement, designed for the cannabis crowd. In conjunction with the program, Lyft announced that it will launch a fleet of seventeen green cars wrapped with this message: "Plan a ride before you're high." The seventeen cars represent the 17 percent of Colorado State Patrol DUI arrests last year that involved marijuana.

Meanwhile, Uber has partnered with the Colorado State Patrol, Mothers Against Drunk Driving (MADD) and Native Roots on a similar campaign to educate 4/20 attendees on the dangers of smoking while driving.

"By providing people with safe ride options, we believe we are empowering people to make better, safer choices," Tracey Breeden, an Uber safety spokesperson said. "We want to help everyone have a safe 4/20 week."