Making Up Ground in Colorado's Race to Cannabis Diversity 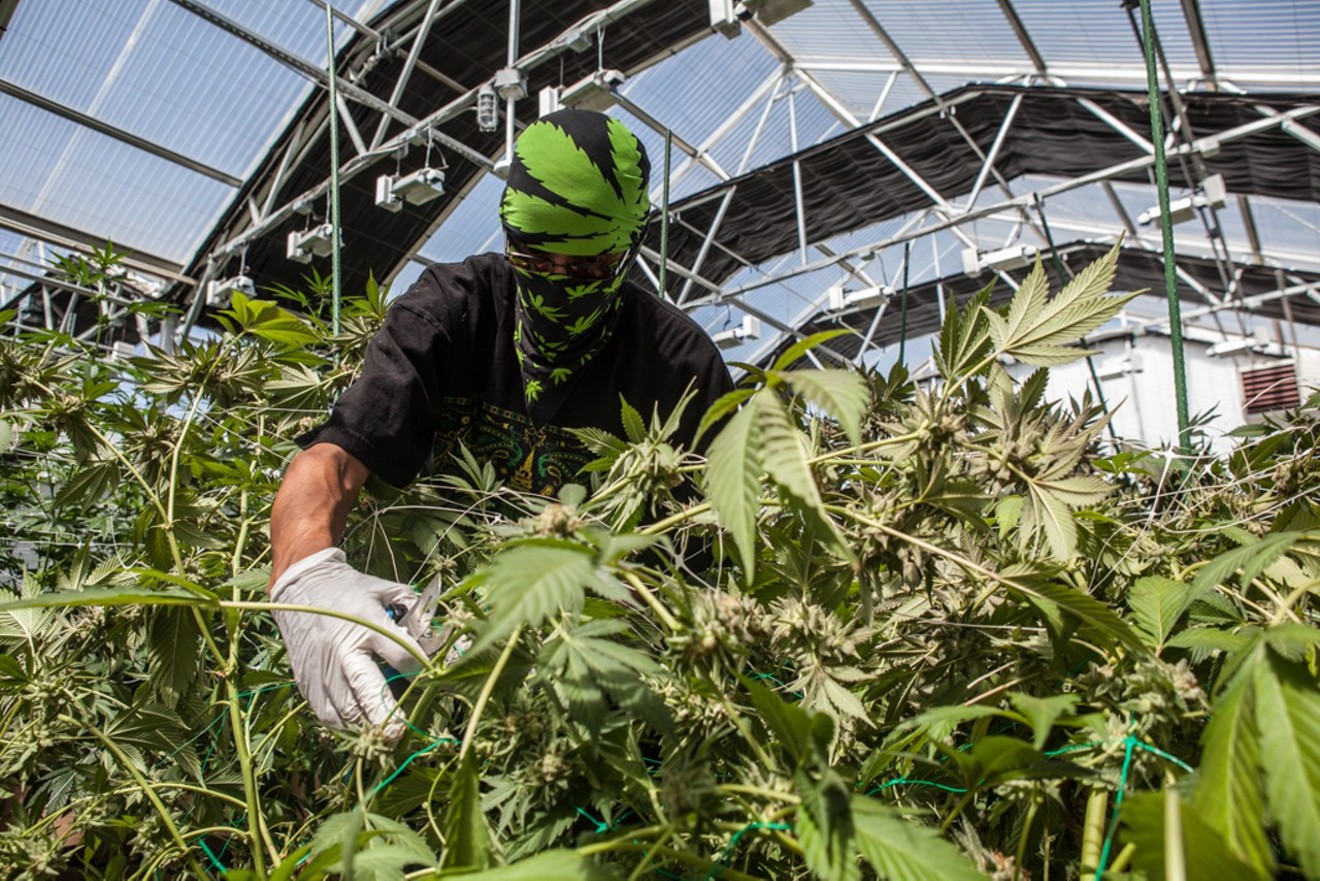 Jacqueline Collins
Colorado got the ball rolling for legal cannabis across the country, but this state has lagged behind others in adopting social justice measures to repair harms done by the War on Drugs. As a Black man who helped usher in Amendment 64 and recreational marijuana, Art Way is feeling the pressure.

A former activist for police accountability in Denver, Way began advocating on behalf of cannabis reform in 2011, when he joined the Denver chapter of the Drug Policy Alliance; he wound up running that group until 2019, when the chapter closed. During that time, the Denver DPA helped push recreational legalization, then some of the laws that followed Amendment 64's passage, including legislation that further decriminalized drug possession and created accelerated marijuana business licenses intended to spur more diversity in the pot industry. But Way, now a cannabis business consultant, still wants to see Colorado's cannabis space become a more equitable landscape, and continues to work toward that end.

Westword: How big of a priority was social equity and reversing harms from the drug war during the early stages of recreational cannabis legalization?

Art Way: I completely whiffed on that one. If there was anyone who could've made that happen early on in the process, it was likely me and the Drug Policy Alliance. But for the social and criminal justice reform people that were behind legalization in Colorado and Washington, D.C., it just really wasn't on our minds at the time. I was more concerned that Colorado was going to make 10,000 arrests of people under 21 after legalization, so we established minor-in-possession [charge] and diversion programs for young people. We had to deal with the issue of women who admitted to marijuana use, many of whom were [medical marijuana] patients, dealing with investigations from Child Protective Services. There were a lot of other things we were worrying about at the time, and I wish I had thought more about equity as early as 2012 or 2013, and maybe we could have led the way with that here in Colorado. But it didn't really start coming up here as a topic until around 2015.

Does that drive your current work around diversity-driven licensing practices in Colorado's cannabis industry?

Yeah, because it's embarrassing. As someone involved in social justice, the people you're really out to assist are being shut out of the industry. Legalization has a way to actually make structural inequity worse, especially in states like Colorado, Oregon or Washington, where the criminal justice benefit was not as stark as it would be in Texas or Louisiana. We were doing it to benefit people from a criminal justice perspective, but Colorado had already decriminalized marijuana, and it was a petty offense for possession of under 2 ounces here. But we then started to realize that we'd just set up a system that's making a small set of white people rich, and from a structural equity perspective, this has the ability to make things worse for the community we were out to serve. So the work I've been doing the last four or five years has been trying to make up for that early mistake.

What do you think got the ball rolling for some of these social equity cannabis measures in Colorado over the past two or three years?

There's been a change in narrative across the country. California really changed that, and about it not being whether we should legalize, but how do we legalize? The state accelerator program here took two or three years — it didn't come up until around 2018, and there's still a lot of work being done behind the scenes. Michelle Alexander really set it off when she made comments about this just making white people richer, while people who've suffered under prohibition are now being left out of this industry. So there's just been this ideological shift, and now you see it at the federal level, where equity is also a part of the conversation. Now we just need to see the industry really invest in equity, too, and see how this benefits them. 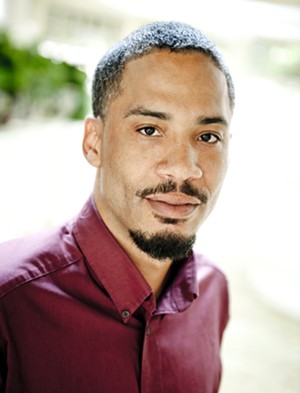 Art Way has been a drug policy consultant for nearly a decade, largely working with Colorado cannabis rulemakers.
Courtesy of Art Way
At what point does social equity in cannabis become less of a state-mandated issue and more of a localized issue or an industry issue?

It's sort of a trilogy. You have the industry on one side, you have state and city regulators on another side, and on the third side you have the people who are trying to get into the industry. All three of those pieces need to work together. The state has set up a framework for local jurisdictions to get involved, and there are people trying to get into this industry. So I think that last piece is the industry opening itself up to see that equity is a good thing for business plans moving forward, but that takes collaboration, vision and framework. We have two, and just need that collaboration from the industry now. Whenever you're trying to make equitable opportunities in a certain industry or company, you need that company or industry to play ball.

Plenty of cannabis industry players have said they support social equity, but as new and highly coveted business licenses become available in the Denver area for cannabis delivery and hospitality, do you think they'll back up all of that vocal support?

I think license preferencing for delivery and transporters to social equity applicants is a great start, and you can do the same thing for hospitality. What the preferencing looks like is up to the locals, but just that Denver is considering limited licenses to social equity applicants is a good step. With the accelerator program, we just need a field of big players in the industry to lead the charge there, to show that this can be done and it's not detrimental to a business plan, whether it's engaging in accelerator cultivations, extraction facilities or dispensaries. It's not going to change overnight, but if we can get four or five new owners involved under some of these new social equity opportunities, we're increasing diversity within the industry by at least 50 percent there alone. We know we won't change things overnight, but the goal is to open up the door, decrease the barriers to entry, and do so at a lower cost.

Is licensing enough? In what other areas would these new cannabis businesses be vulnerable after receiving a social equity license?

They need assistance to pay legal fees. I think there's a grant program slowly in the works right now within the governor's office, and I think that money should be used for legal fees. These applicants are at a disadvantage when it comes to negotiating, so they'll need some legal assistance there. Compliance assistance will also be needed, as well as a baseline fundamental education for creating business plans. It's not enough to open the door with license opportunities; we have to also make sure people hit the ground running and have a little leverage as they're negotiating with long-term industry representatives. Essentially, we need to make sure people aren't being taken advantage of.

As we move into 2021, what else can Colorado do to move diversity and social equity forward within the cannabis landscape?

I think the state has to be nimble enough to see what works and doesn't work, and quickly adjust. Some of that will take legislation, but some of these things can be done within the state Marijuana Enforcement Division. They claim sustainability and equity are their cornerstones moving forward, so we need to see what works for them and try to fix things. We also need to figure out how to benefit the current industry during this: How do we provide that carrot for those already established in the industry to see equity as something beneficial? That's going to come down to convincing the industry to engage and contract with social equity businesses, and engage in the accelerator program.
KEEP WESTWORD FREE... Since we started Westword, it has been defined as the free, independent voice of Denver, and we'd like to keep it that way. With local media under siege, it's more important than ever for us to rally support behind funding our local journalism. You can help by participating in our "I Support" program, allowing us to keep offering readers access to our incisive coverage of local news, food and culture with no paywalls.
Make a one-time donation today for as little as $1.