Go the F*uck to Sleep: It's Just F*cking CBD! 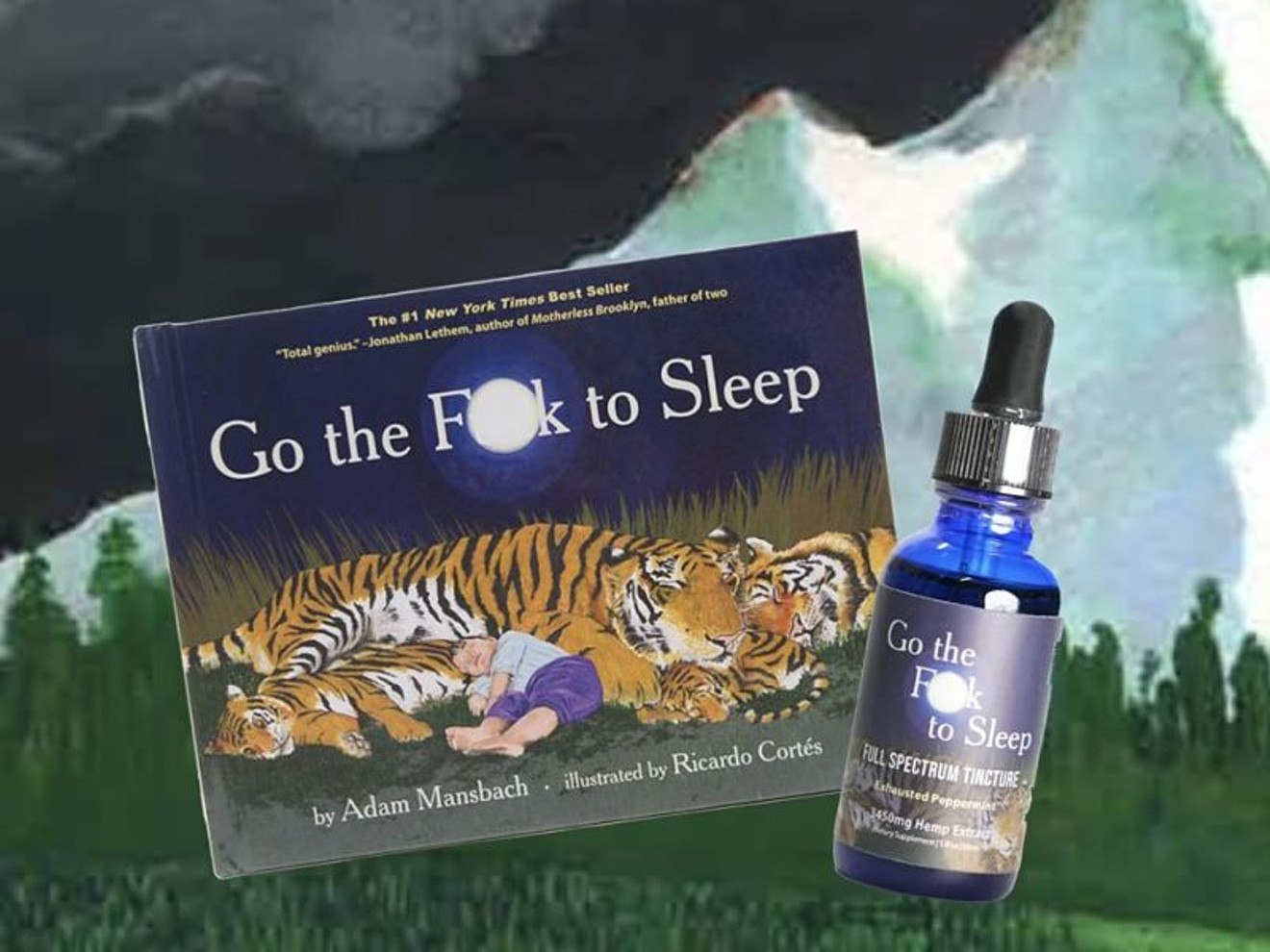 “I wrote the book ten years ago, when I had a three-year-old. Ten years later, I still have a fucking three-year-old," says Mansbach, who now has three children, including a teenager.

With the creation of this new product, he's hoping to remove any stigma around the frustrations of not just being a parent unable to get a kid to sleep, but being unable to fall asleep yourself. "In some circles, maybe it's totally acceptable and normal to talk about using CBD or using cannabis products for sleep or for any other reason," he points out, "and in a lot of others, I think it's still something that people are leery of."

So rather than purchasing CBD products, some of which cost over $100, many people resort to the cheaper alternative of prescribed sleeping pills. “I feel like it’s not something that folks should be priced out of,” Mansbach notes. Mansbach's poem: "For Adults Who Hate Bedtime"
Go The F*ck to Sleep
So the Go the F*uck to Sleep "Exhausted Peppermint Tincture" sits at a lesser price point of $69; it's also vegan and non-GMO.

Over the past decade, Mansbach's Sleep brand has already spun off in several directions, including political advertising. Samuel L. Jackson read his "Stay the F*ck at Home" poem on Jimmy Kimmel Live! at the start of the pandemic. And for Obama's 2012 campaign, Jackson helped narrate Mansbach's "Wake the F*ck Up" video.

“Shit, I mean, 'Go the Fuck to Sleep' pretty much says it all,” Mansbach says, explaining why a dive into the CBD/sleep-aid market was a pretty self-explanatory move. "In my own experience, walking into a store, it’s sort of baffling to a lot of people; they don’t necessarily have strong loyalties to a particular brand. Packaging and branding seems to change all the time, so it seemed to me that anything that was resonant and identifiable and already there with some sort of affinity for it might be sort of a natural thing for people to connect with."

And he plans to continue pursing this route, with more CBD-type products coming later in the year, including a THC-infused tea.
KEEP WESTWORD FREE... Since we started Westword, it has been defined as the free, independent voice of Denver, and we'd like to keep it that way. With local media under siege, it's more important than ever for us to rally support behind funding our local journalism. You can help by participating in our "I Support" program, allowing us to keep offering readers access to our incisive coverage of local news, food and culture with no paywalls.
Make a one-time donation today for as little as $1.