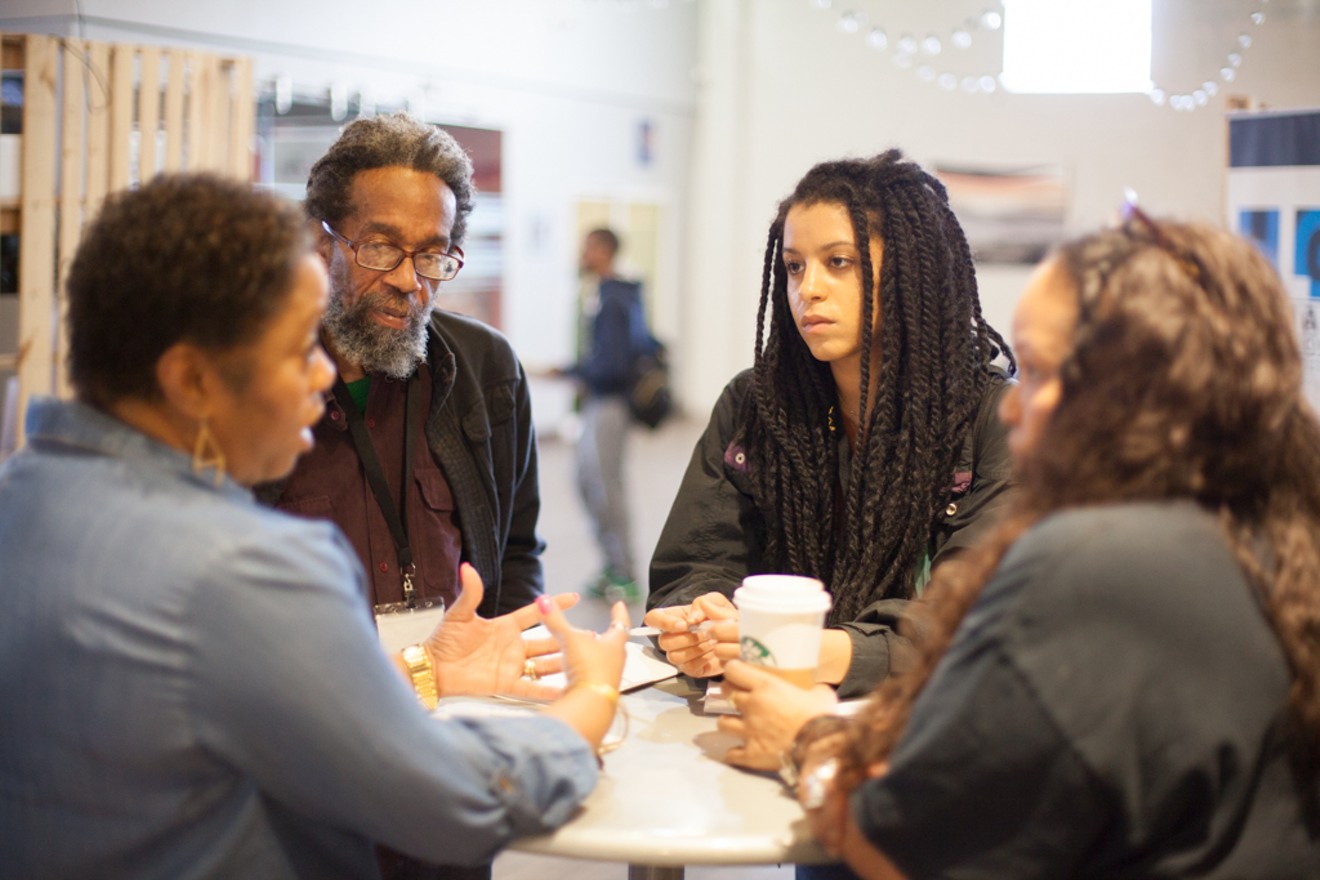 How much is the cannabis industry willing to do for Colorado's new social equity entrepreneurs? Jacqueline Collins
When Colorado became the first state to legalize recreational marijuana in 2012, it didn't have a playbook.

While the state worked out the early rules regarding sales and taxation, it didn't initially consider how years of marijuana criminalization had impacted historically marginalized communities, and whether those communities should get special access to opportunities in the cannabis industry.

But in the years that followed, other states that legalized recreational marijuana did consider those issues and built social equity provisions into their programs.

But has the state gone far enough? That was the focus of a discussion hosted by the Black Cannabis Equity Initiative (BCEI) on August 27, which involved dozens of industry experts, organizations, government officials and current social equity applicants.

“From a historical perspective, we’ve watched Colorado grow its social equity programs,” said Jordan Wellington, a partner at VS Strategies. "Initial funding is $4 million. I don't think we're going to stop there. We're certainly going to ask for more — but that's a great start for this program."

An applicant for a Colorado social equity program must be a state resident and not have had a cannabis business license revoked. An applicant must also meet at least one of the following criteria: They must have lived for fifteen years — between 1980 and 2010 — in an opportunity zone, or disproportionately impacted area, as designated by the Colorado Office of Economic Development and International Trade; been arrested for a marijuana offense, or had an immediate family member arrested for a marijuana offense; have a household income that does not exceed 50 percent of the state median income.

In addition, those receiving social equity licenses must have at least 51 percent of the marijuana business.

"A lot of white folks talk to each other, they don't talk to Black folks about what it is that we think," said John Bailey, lead coordinator of the BCEI. "What they end up doing, is they think they know what the relationship should be, and therefore, they guide their clients along those lines. I think part of what happens is that folks need a different perspective to be able to help them guide their clients so that their best practices and thinking has a social equity dynamic and can help them consider how what they do might be impactive of the community they know nothing about."

Aja Palomino, a social-equity licensee, has been working in the cannabis industry for four years. Had it not been for her background and the connections she's made, she said it would have been nearly impossible to become a successful entrepreneur.

The biggest hurdles have been fundraising and finding new industry prospects, she explained; setting up a successful deal can come down to a head nod or shake from bigger industry players. “The exclusivity for the licensing and delivery seems really great in theory, but how much it's going to create more opportunities for us is questionable. It has been a difficult process,” said Palomino. “This whole program is amazing, but it is limited in a way. There’s only so much you can do without the proper connections, status and resources.”

William "Willie" Denney had been working security in the cannabis sphere for years, and approached Green Dragon, one of the dispensary companies for which he'd worked, about a year ago regarding his social equity status. He'd signed on for the state's Accelerator Program, which gives social equity licensees a pathway to partner with existing businesses that are willing to provide technical assistance and capital.

But Green Dragon wasn't interested, nor were several other companies he spoke with. “I’m looking for companies day in and day out,” said Denney. “I can’t receive a contract until somebody’s willing to partner with me for delivery or to do the Accelerator Program. That’s the issue I’ve been running into: No one wants to give up that 51 percent of ownership.”

Corporate gatekeeping is another concern. Denney noted that Eaze, Green Dragon's delivery service, is a multi-national company that's now available through the Apple store. The potential for small businesses to enter the market could disappear when they're up against big tech, he warned;

In acknowledgment of these issues, the BCEI developed a report card to measure a cannabis business's contribution to social equity — something Selena Dunham, principal at the consulting firm Classique LLC, believes is necessary to keep the industry accountable. "I hope in every conversation we have moving forward, as big players like Amazon are looking to get into the industry, that we not forget how important it is to hold people accountable, measure what the results are and make sure they are reinvesting back into our communities," she said. "Overall within the cannabis community, we're far from trust, truth and transparency. We're having the conversations, and I think people are polite and they have good intentions, but I also think folks are just waiting to see what happens and slide through."

For entrepreneur Curtis Washington, the biggest challenge has been finding a location for a retail marijuana store. “I’ve spent a lot of time trying to find a suitable or approvable location,” he said, explaining that Denver’s 1,000-foot buffer restrictions and the number of existing stores make it very difficult to enter the market.

Lisa Gee with Lightshade Dispensaries said that barriers to entry for social equity applicants and a "protectionism philosophy" surrounding the industry pose other threats.

“There’s so much support that's needed to get people in a position where they feel comfortable running their own business," she explained, adding that there's an invisible wall that blocks would-be entrepreneurs. “I think this is a really difficult position for social equity applicants to be around. They're coming into a mature market that’s protectionist already.”

But Victoria Osler, an Aurora entrepreneur, said that she feels the social equity programs have created many opportunities for her hospitality business, Dreamy Illusions, and she encouraged other applicants not to get discouraged. “We gotta stop thinking we can do it on our own. People want to help us," she advised. “It takes time and a lot of work, but don’t get discouraged. This is all new to us, and we deserve to be here."

According to Molly Duplechian, policy analyst at the Denver Department of Excise and Licenses, the office currently has five pending applications for a retail marijuana shop under the social equity rules. It's already issued five transporter and delivery permits and licenses, but the office has not received any new cultivation or manufacturing facility applications. Hospitality licenses for social equity applicants will open up in November

The new Cannabis Business Office in the OEDIT will determine how the $4 million will be distributed. According to Tristan Watkins, the office's new program manager, $2.5 million will go to loans, $1 million to grants, and half a million to technical assistance.

"We are going to be very learning- and teaching-forward on this, ensuring that we can really provide that foundational information that allows the applicants to have the best chance of success," Watkins said. "We want to make sure that this isn't just lip service that we're doing, and what we're doing is actually impactful at the end of the day." The office is currently working with individuals outside of lenders for loans, and will soon announce grant values for social equity licensees.

“Progress is being made, but very very slowly," concluded Dunham. "I’m cautiously optimistic about where we’re going, and there’s a lot of work we need to do.”
KEEP WESTWORD FREE... Since we started Westword, it has been defined as the free, independent voice of Denver, and we'd like to keep it that way. With local media under siege, it's more important than ever for us to rally support behind funding our local journalism. You can help by participating in our "I Support" program, allowing us to keep offering readers access to our incisive coverage of local news, food and culture with no paywalls.
Make a one-time donation today for as little as $1.