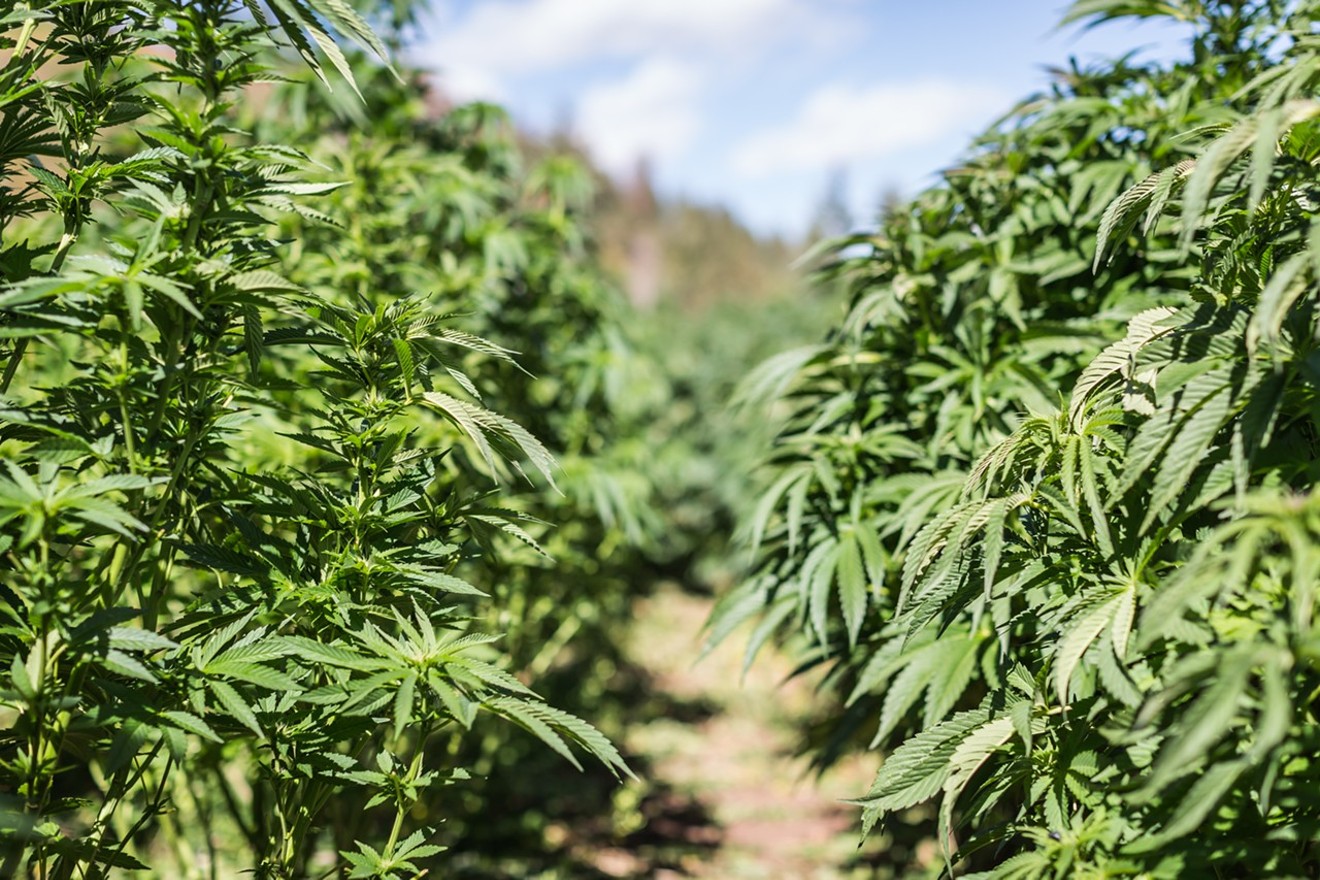 A combined $75 million has been committed to three different pot operations in southern Colorado since May. Jake Holschuh
Some of southern Colorado's largest marijuana farms are changing their roots.

Massachusetts-based Curaleaf Holdings, one of the country's largest marijuana companies, recently agreed to purchase Los Sueños, a 36-acre outdoor marijuana growing operation in Pueblo County, for over $60 million. Weeks later, Schwazze, a Denver-based marijuana conglomerate formerly known as Medicine Man Technologies, announced plans to acquire 34 acres of grow space from Southern Colorado Growers in Huerfano County for $11.3 million — and that's not the only big pot operation taking over in Huerfano County, a community of less than 7,000 people located south of Pueblo.

Power REIT, a New York-based real estate investment trust with a hand in projects ranging from greenhouse agriculture to solar power and railroads, committed $3.9 million for a 35-acre marijuana cultivation space in Huerfano County in late May. According to Power REIT, the greenhouse facility will be about 102,800 square feet when finished, with promises to deliver more economic and employment opportunities for one of Colorado's poorest counties.

"Southern Colorado is an ideal location from an environmental standpoint to grow cannabis in a greenhouse,” Power REIT chairman and CEO David Lesser says in a statement. “We think this is an exceptional opportunity for us to invest in these projects, and also for our tenant operators to build profitable businesses.”

“It’s absolutely going to offer some benefits to the community. Jobs are hard to come by down here, and we’re going to have quite a bit of work to do," LeBlanc says. "But the team and I enjoy training others, and we hope to bring people in even if they aren’t familiar with commercial growing of cannabis."

Walsenburg Cannabis has already hired a few dozen employees, according to the company, and plans to hire up to 100 workers by next year. Outside of early complaints about marijuana's distinct smell, the growing industry hasn't caused much controversy, according to county administrator Carl Young.

"They’ve been talking a lot about jobs. I don’t have an exact number, but if that does come to fruition, that will be another good thing," Young says. “I expect that this will be a good thing for the community and there won’t be any further complaints."

Tension briefly stirred between the previous landlord and marijuana growers at the site, when the nearby Spanish Peaks Regional Health Center, home to a veterans' living center, complained over the grow's skunky odor. But those complaints didn't lead to any official action against the tenants or owner.

To avoid future complaints, Schrader says, the facility will use an odor detector to ensure that levels comply with county regulations, in addition to a carbon air filtration system for extra measure. "We'll be taking the proper measures to ensure that there's no disturbance to our neighbors following county requirements regarding any noise, light or odor pollution," he adds.

Schrader also plans to partner with affordable-housing developer indieDwell to plan affordable living projects in Huerfano and Pueblo counties for the potential influx of new residents working in the marijuana industry. To help fund the project in Huerfano County, Schrader says his company will pay double the local 5 percent excise tax on marijuana businesses.

"Huerfano County is, unfortunately, a distressed county. What we’re excited about is the opportunity to give back to the community. Almost all of the employees that we’re bringing in are seeing an increase of wages from their previous jobs and will have health care, which is something sparse in the cannabis industry," he says. "Next year, we’re projected to give back roughly $250,000 to the total county budget, which was just over a million dollars this year, so it would be a substantial increase for the community."

The project is expected to be up and running by this summer, according to Walsenburg Cannabis.
KEEP WESTWORD FREE... Since we started Westword, it has been defined as the free, independent voice of Denver, and we'd like to keep it that way. With local media under siege, it's more important than ever for us to rally support behind funding our local journalism. You can help by participating in our "I Support" program, allowing us to keep offering readers access to our incisive coverage of local news, food and culture with no paywalls.
Make a one-time donation today for as little as $1.