What Unlocking the Genomes of Marijuana Strains Tells Us

Marijuana research has been federally legal in Israel for decades. Jacqueline Collins
As fun as it may be, recognizing cannabis varieties by names like Sour Diesel and Runtz isn't the most scientific way to identify the effects and potential medical benefits we're looking for in weed. The real answers lie within the genetics — and as commercial legalization spreads, companies are competing to map them out for their marketing potential.

Colorado had a head start in that race in the United States, but medical marijuana research has been federally legal in Israel for decades, and some seriously interesting stuff about the cannabis genome is being discovered there. To get up to speed, we caught up with Lior Chatow, a lead researcher at Israel-based cannabis research and development facility Eybna.

Westword: What exactly are genomes, and how do they fit in the grand scale of the way cannabis exists and evolves?

Lior Chatow: The cannabis plant’s genome encompasses all of the plant’s genetic information. The plant’s phenotype is the expressed genome, and it accounts for the plant’s characteristics, such as chemical composition and appearance. Due to environmental factors and adaptations, the plant’s genome may change as part of evolution and natural selection to better survive and adapt to new environments. These adaptive processes led to the creation and diversification of cannabis genomes, producing more strains with varied effects that humans can benefit from.

How does identifying and mapping out genomes help us understand more specific qualities of cannabis?

By researching and studying the cannabis genome, we can learn about its expressed phenotype and, more specifically, about its expressed phytochemical makeup. The phytochemicals in cannabis include terpenes, cannabinoids, flavonoids and many more diverse compounds. These compounds are the fundamental building blocks of cannabis’s therapeutic benefits. By mapping out their individual characteristics, the industry can engineer products with highly specific applications based on consumer preference and patient need.

For example, Eybna is pursuing ethnobotanical research into the cannabis genome, with a particular focus in this case on the known daytime “sativa-like” effect and nighttime “indica-like” effect. This work will help identify the specific phytochemicals that create these well-known effects, and help brands further meet the functional needs of consumers across form factors.

How much research into the cannabis genome was conducted before states began legalizing the plant?

In Israel, the longstanding history of cannabis research is tied to professor Raphael Mechoulam, one of the pioneers of the field. During the 1960s, Mechoulam began investigating the cannabis plant after learning about the isolation of morphine from opium. Through his collaborative efforts with Dr. Yechiel Gaoni and Dr. Yuval Shvo, Mechoulam was able to isolate many cannabinoids, most notably cannabidiol (CBD) in 1963 and tetrahydrocannabinol (THC), the psychoactive compound found in cannabis, in 1964.

At present, Israel is consistently graded among the top locations for cannabis research, and it actively encourages the industry’s growth. As more countries push toward full legalization, Israel’s scientific approach, combined with a friendly legal framework and ongoing research efforts, have helped position the local industry to blossom. With the government’s steadfast approval alongside the rich history of cannabis research within its borders, Israel’s cannabis sector is busily planting the seeds for tomorrow’s big developments. 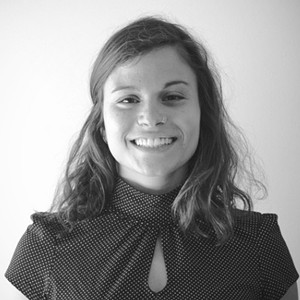 Lior Chatow is a lead researcher at Israel-based Eybna.
Courtesy of Eybna
At what point does the "strain" model and current way of breeding become obsolete as you further research cannabis genomes and DNA?

Cross-breeding and inconsistent growing conditions (variations across humidity, soil, nutrients, sunlight and temperature) can lead to change in the cannabis phenotype. Over time, this creates a greater gap between the plant that the strain was originally named for and the plant that actually gets to consumers’ hands. This process dilutes the strain’s original genetics, qualities and essence. For example, today the characteristic “Kush” essence of OG Kush may not be the same as it used to be, especially because of the cross-breeding. Modern harvesting and extraction methods also cause significant loss of the plant’s distinctive volatiles. Eybna mapped this loss in a previous study, and this research helped inspire our Live Line.

Eybna’s belief is that the phytochemical makeup of a strain should be its main identifier instead of the given strain name. This ensures a data-driven standardization that will help bring consistency back to well-loved strains and open new doors for strain innovation. Eybna’s Enhancer Line started at the genome level, tracing three OG strains back to their original breeders and using these samples to identify the genetic characteristics that define “Kush," “Skunk” and “Diesel.” By mapping and packaging this data-driven standard for three iconic strains, the Enhancer Line allows for the introduction of authentic, desired essences that cannabis products may be lacking today due to the natural divergence from the original genome, as well as post-harvest processes.

Does your research validate or invalidate any claims or beliefs about identifying cannabis, and how certain cultivars and terpenes are tied to certain effects?

Eybna's efforts with Seach Medical Group resulted in uncovering a certain terpene pattern that correlates to “nighttime” strains and “daytime” strains. The study was conducted on medical cannabis patients in Israel and highlighted the phytochemical difference between these two strains, showing correlations between certain terpenes and effects. Some of these correlations validated certain existing claims, and some contradicted previous findings and claims.

The results provide us with the understanding that there is still much more to uncover when it comes to phytochemicals' effects on the pharmacological value of cannabis products. With the right data, tools and people, Eybna is hard at work cracking these codes and unlocking the world of targeted, data-driven cannabis experiences.

Does the growing scenario or environment impact a cannabis genome?

The fact that genetically identical plants can have vastly different phenotypes demonstrates that gene-environment interaction is a key regulator of phenotypic diversity. Environmental factors play an important role in the production of the characteristics in cannabis; however, they do not change the genome.

Genetic adaptation is the change in genome that occurs to fit a new environment, and is the key agent in evolution. For example, the leaf morphological change that occurred to cannabis sativa throughout the years is believed to be due to temperature adaptation from cold to hot climate, and the phytochemical differences may be due to the exposure to new pathogens and diseases in new environments.

Breeders of the world’s most beloved strains got started by experimenting with genetic adaptations. With the Enhancer Line, Eybna is working to help preserve the legacy and authenticity, and embrace the process of evolution and change that naturally continues. We believe that introducing a new genetics-driven approach to cannabis will be crucial to help the industry further expand, innovate and reach new communities worldwide.
KEEP WESTWORD FREE... Since we started Westword, it has been defined as the free, independent voice of Denver, and we'd like to keep it that way. With local media under siege, it's more important than ever for us to rally support behind funding our local journalism. You can help by participating in our "I Support" program, allowing us to keep offering readers access to our incisive coverage of local news, food and culture with no paywalls.
Make a one-time donation today for as little as $1.