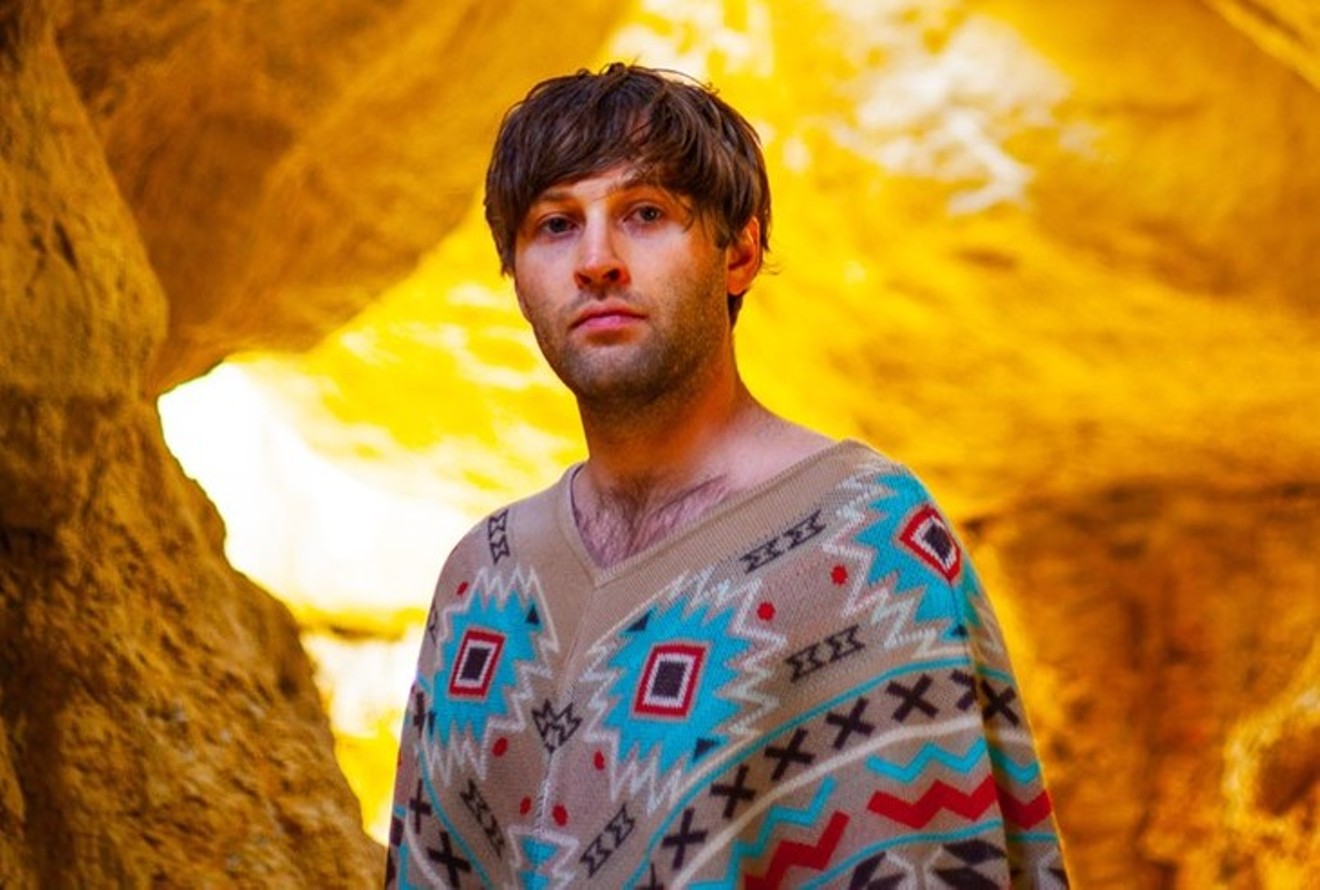 Kyle Hartman is the new talent buyer for the Lion's Lair. Juli Williams

The Lion’s Lair, one of the great Colfax Avenue dives, may be grungy, but it has a storied history. And its new talent buyer, Kyle Hartman, plans to keep that long tradition alive.

Starting out as the Playboy Club in the 1930s, the 120-capacity independent venue has always been a home for local and touring bands. More than a few industry legends have graced the stage, including Andrew Bird, the Black Keys and Pinegrove. Jello Biafra of Dead Kennedys fame occasionally deejays there. And when Jonathan Richman led the crowd from inside the bar to the street outside in 2013, Nathaniel Rateliff was looking on, not long before he and the Night Sweats made international waves.

But the Lion's Lair has also served as a launching pad for Denver-based acts, who appreciate the spot for its unpretentious vibe. The Warlock Pinchers, Little Fyodor, Slim Cessna's Auto Club and the Denver Gentlemen have all made a home there. In upcoming weeks, Vanilla Milkshakes, Neoma and Zebroids will play the space.

To be fair, the payouts at the Lair haven't always been huge — but they rarely are for the up-and-comers to whom the bar has granted a stage. The mishmash of bands on lineups has been either delightfully unpredictable or downright anarchic, depending on your point of view. Even so, locals have found the Lion's Lair to be fiercely committed to preserving the Denver scene alongside smaller venues like the hi-dive, 3 Kings and the Skylark Lounge.

In addition to bringing in a wide array of bands and their fans, the Lion's Lair also serves as a gathering spot for a cast of Colfax characters who drink there, whether music is playing or not. The stage is small. The crowd is rowdy. It's a rough-and-tumble joint that has maintained its old-Denver charm while so much of Colfax Avenue gets swallowed by the shiny promise of the new.

With AEG and Live Nation increasingly dominating the Denver scene, the Lair has unapologetically stuck to its roots as a place where underground musicians can experiment and build an audience. This has a lot to do with owner Doug Kauffman, who also owns the Bluebird and Ogden theaters. While AEG books those rooms, Kauffman — who once ran Nobody in Particular Presents and helped put Denver on the map as a destination for national artists like Beck, Tool and Radiohead — still has a direct hand in managing the Lion's Lair.

But he delegates much of the booking to others. For a while, Jake Miller of the Still Tide picked the talent. Then musician Kyle Emerson was tapped for the gig. But when Emerson's career as an indie rocker took him to Los Angeles, he reached out to Hartman, who had worked for the Underground Music Showcase since 2012 and became a talent buyer for the festival in 2017.

Prior to being recruited for the team at the Lion's Lair, Hartman was in the midst of launching a talent agency, Future Garden, through which he planned to manage acts, book concerts and consult with artists including Ramakhandra, Neoma, SSIIGGHH, No Touch and Fredrowknows.

“In my mind, I was getting ready to start this talent agency," he says. "So I’m like, [booking at the Lion's Lair] could be a perfect fit for me to meet a lot of bands.”

He took the job, and by August 2019, he was booking shows at the venue.

Now, a couple months into it, Hartman says he has no plans to change what people love about the bar. He intends to continue the tradition of offering bands of all genres a place to play fun shows and make connections. His goal: to make sure the Lion's Lair hosts music five nights a week.

For Hartman, personally, it’s about finding new talent and giving bands the opportunity to play, so they don’t have to navigate the industry by themselves.

“I’m really passionate about music," says Hartman. "I really just want people to hear these bands that I feel should be getting national attention. First and foremost, I’m a music fan."

And under his booking, the Lion's Lair roars on.

L'Freaq plays with support from Neoma at 8:30 p.m. Sunday October 13, at the Lion's Lair, 2022 East Colfax Avenue. Tickets are $7 to 10 and available at lionslairco.com.
KEEP WESTWORD FREE... Since we started Westword, it has been defined as the free, independent voice of Denver, and we'd like to keep it that way. With local media under siege, it's more important than ever for us to rally support behind funding our local journalism. You can help by participating in our "I Support" program, allowing us to keep offering readers access to our incisive coverage of local news, food and culture with no paywalls.
Make a one-time donation today for as little as $1.