Our Ten Most-Read Music Stories of 2021

Red Rocks Amphitheatre, a fan favorite. CMHOF
The year 2021 saw the lifting of restrictions and the return of concerts, as venues opened their doors to receive audiences ready to dance after a dormant year. Even though the spread of Omicron has canceled some of the comeback, a look back at 2021 offers a comforting glimpse at the resilience of Denver's music scene amid the chaos.

Here are the most-read music stories published by Westword in 2021: 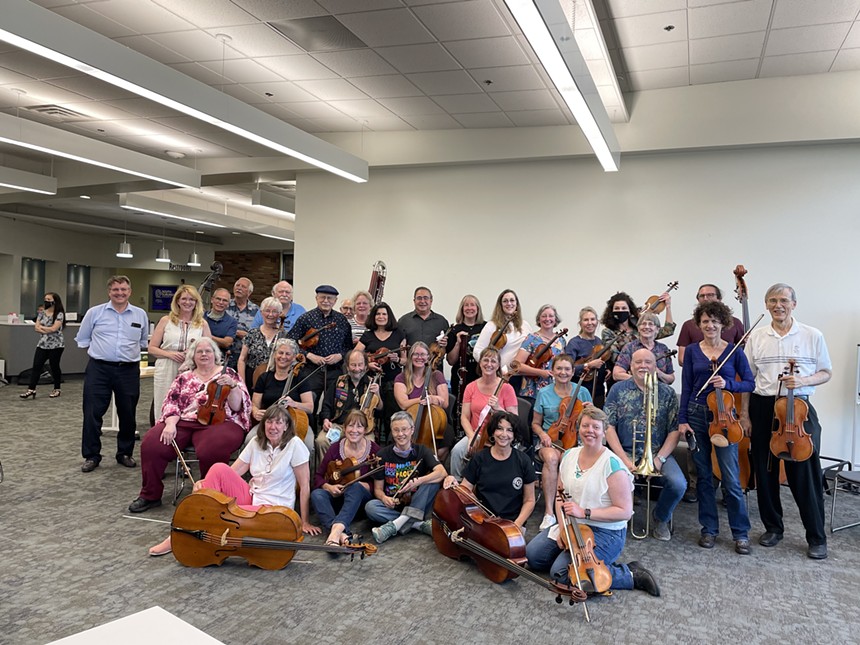 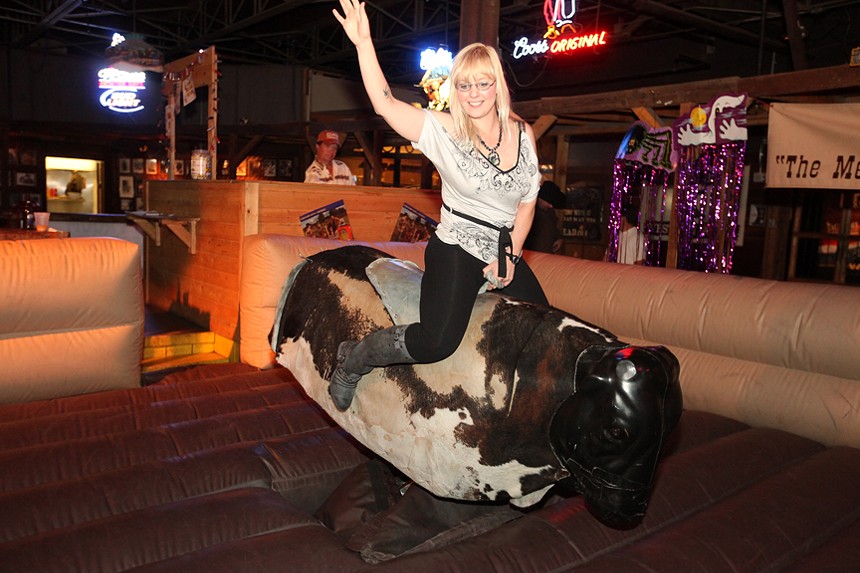 The Grizzly Rose in a better time.
Brandon Marshall
"Grizzly Rose Owner Roars Over Viral Video of His Packed, Struggling Club"
In January 2021, the Grizzly Rose reopened, and a rowdy line of fans began to gather outside the honky-tonk. Owner Scott Durland got a call from an employee fearing a riot could break out. Although it was only allowed to hold fifty people under pandemic rules, Durland told his staff to let people come in, and over a hundred eager customers poured through the doors, creating a viral scene. Although Durland called the health department and closed the club, TriCounty Health shut it down entirely. 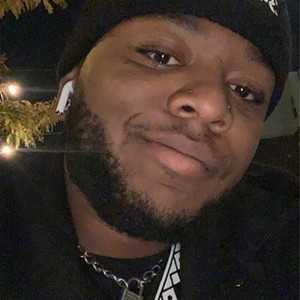 Branden Smith was shot outside the Matchbox.
Branden Smith
"Music Industry Shaken by Shooting Outside Matchbox"
Branden Smith, an ex-Marine who worked security for LiveNation before being furloughed in 2020, was attending a punk music night at the Matchbox on June 21 when he was shot in the shoulder and leg outside the bar. The shooter had been kicked out earlier that night after a bar fight, but returned. He was arrested, and Smith recovered. 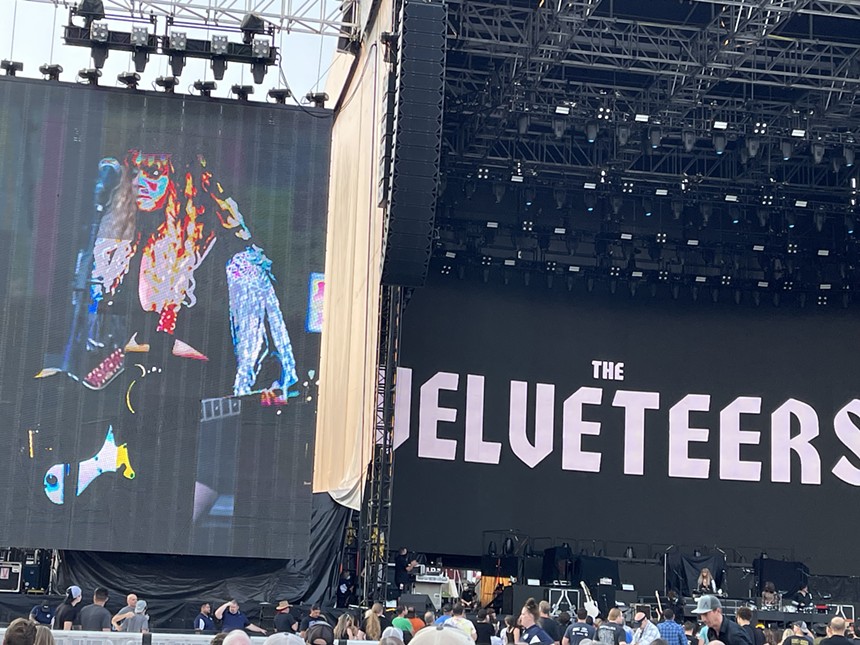 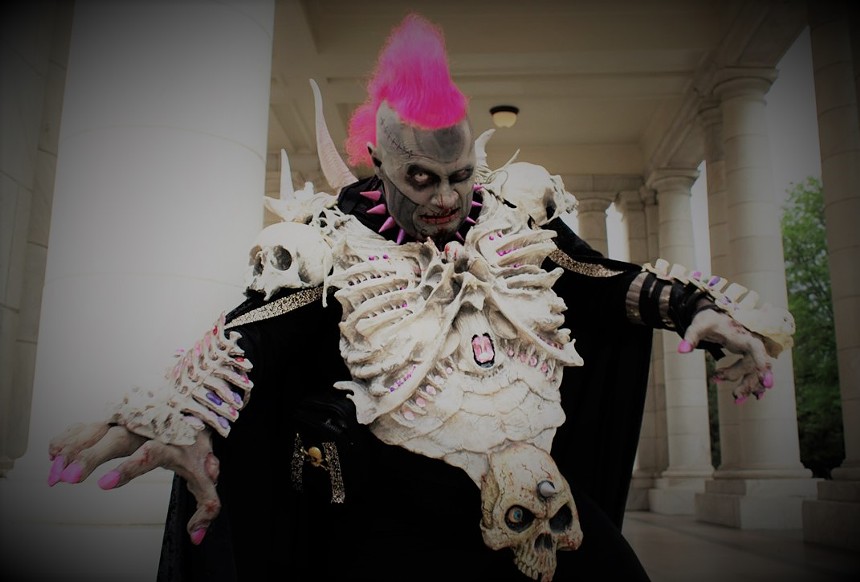 "Thirteen Denver Punk Bands That Don't Suck"
Punk music is witnessing a revival in Denver, and we listed the must-see acts. From gay zombie punk to pop punk to a Clash cover band that dresses as nuns, the city's best punk bands make plenty of noise. 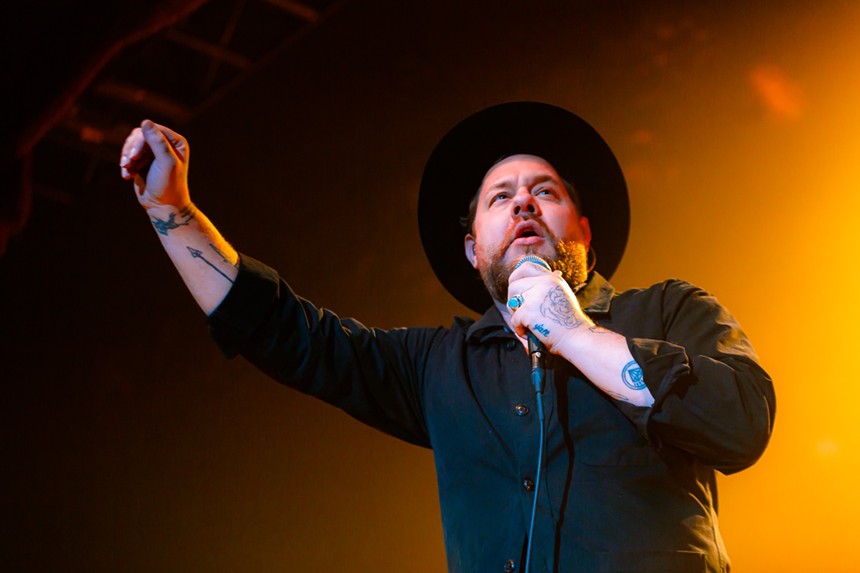 Nathaniel Rateliff bought another bar.
Brandon Johnson
"Scott Heron Sells Skylark Lounge to Nathaniel Rateliff and Friend"
While some venues closed for good this year, the Skylark is merely changing hands — and moving to very capable ones, at that. Nathaniel Rateliff, of local-band-gone-national Nathaniel Rateliff & the Night Sweats, and his friends bought the venue in June. Fans of the bar will be happy to hear that they don't plan to change much (except for bringing in machines that accept credit cards). 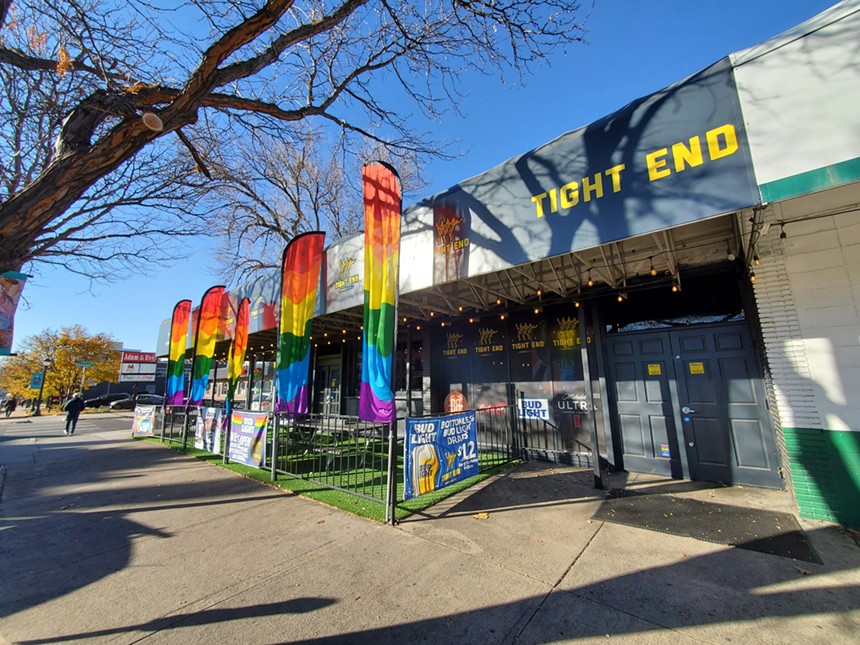 Tight End took over the former home of Streets.
Molly Martin
"Gay Sports Bar Tight End Takes Over Streets Denver Space"
It's one of the best gay bar names ever: Tight End. Longtime punk venue Streets closed in March, and Steven Alix, who owns X Bar, just happened to be searching for a location to install a gay sports bar. “We're really just focusing on the sports thing that's been a missing niche in our community, and we're ready to fill that,” Alix told Westword.

"EDM Fans Make Noise About Red Rocks Decibel Limit"
A petition to lift Red Rocks Amphitheatre's decibel limit was created after the venue announced that those sitting above the fortieth row for the DJ Kygo concert should bring headphones and download an app that would allow them to listen to the live music. The petition has since gained almost 20,000 signatures. This isn't the first time the venue's decibel limit has garnered acrimony: When the venue changed its decibel limit in 2016, another petition was circulated. But fans are still complaining. 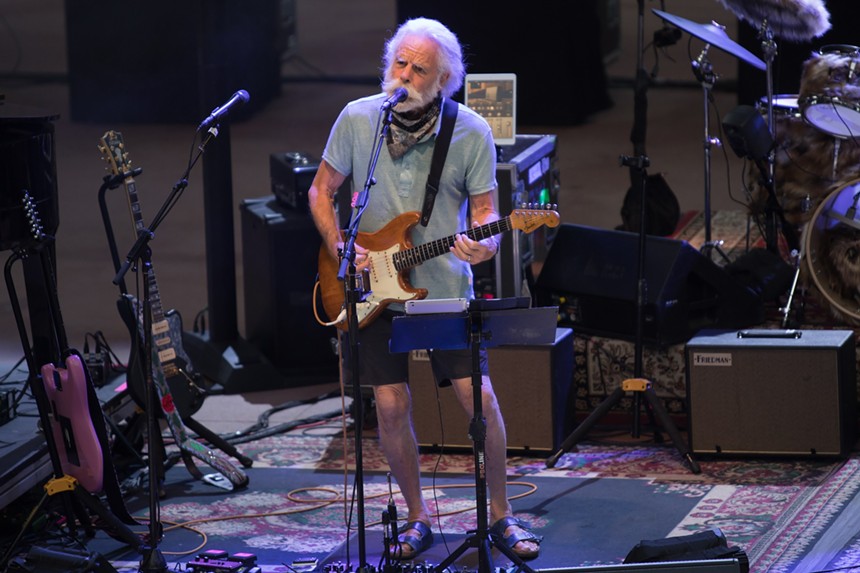 Bob Weir at Red Rocks on June 8, with friends.
Jacqueline Collins
"Review: Bob Weir Spread the Gospel of the Grateful Dead at Red Rocks"
Denver is a Deadhead city. Bob Weir & the Wolf Bros played four nights at Red Rocks this year, and the legendary Grateful Dead guitarist and singer kept his fans dancing through one hit after another. There really is nothing like the music of the Dead, and Weir keeps its spirit alive. 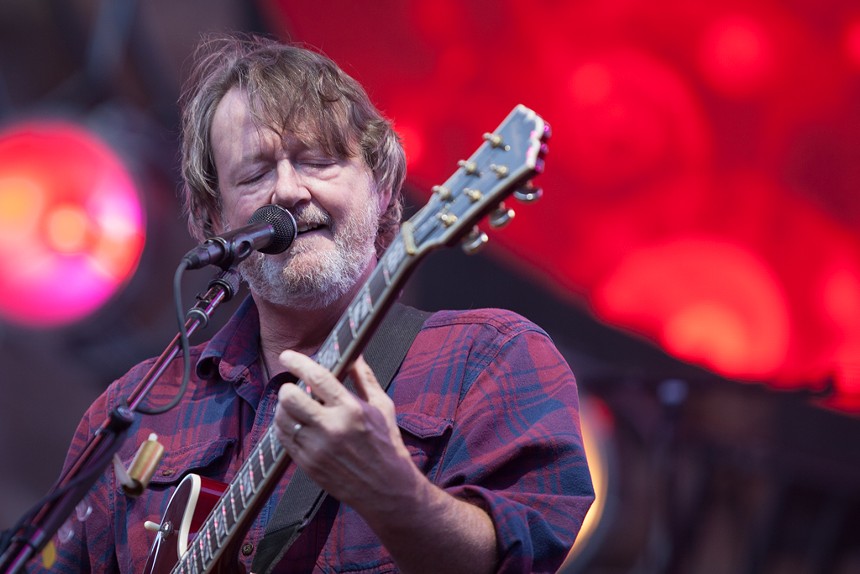 Widespread Panic played three nights at Red Rocks.
Jacqueline Collins
"Widespread Panic Keeps Making Red Rocks History"
Just like the Dead, Widespread Panic has a huge fan base in Denver that looks forward to the yearly Red Rocks appearance by the Athens, Georgia-based band. Because 2020's show was canceled, Panic's show this year was sold out from the start. The band has been playing for 35 years now, and its Red Rocks sets are historically some of the best.