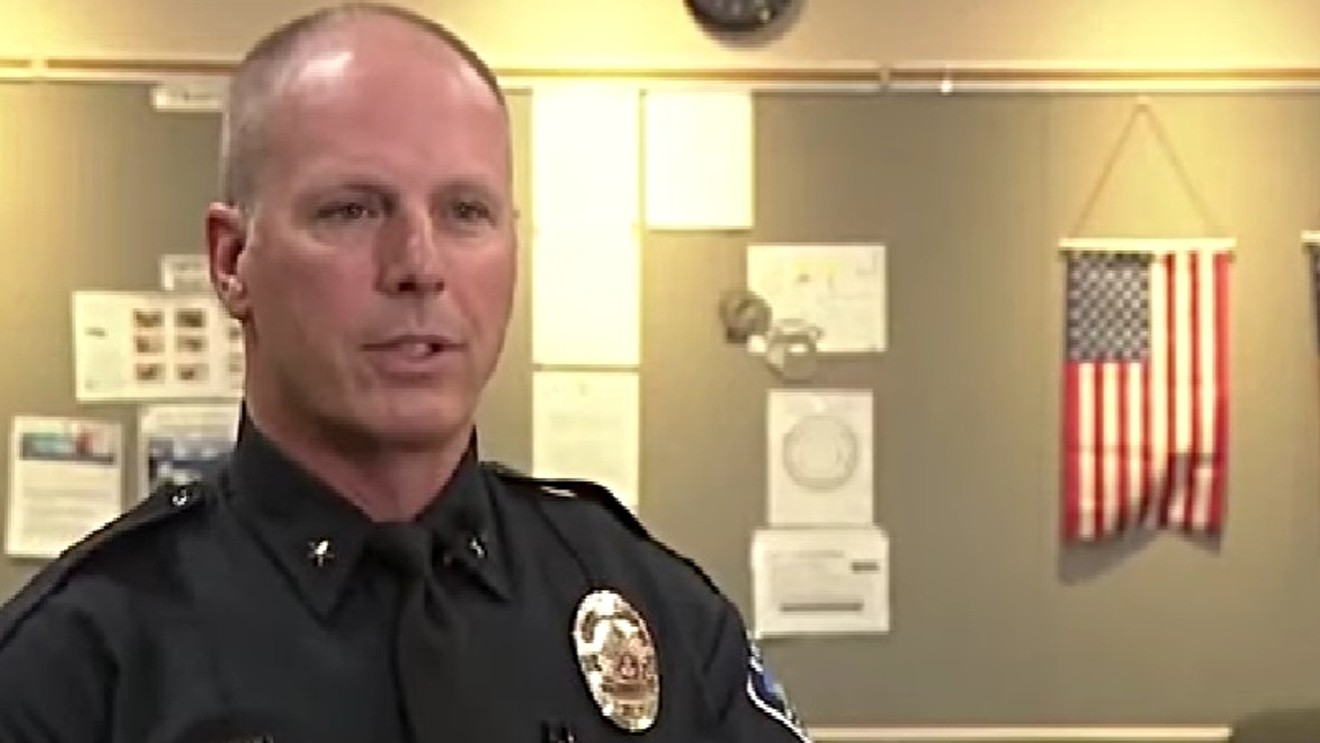 Commander Barry Hartkopp during a Denver7 interview in October. Denver7 via YouTube
Just after 5 p.m. yesterday, December 6, the City of Boulder announced discipline meted out against five officers with the Boulder Police Department related to vaguely defined investigatory misconduct.

But even though the officers included at least three high-profile members of the BPD — commanders Barry Hartkopp and Thomas Trujillo and Sergeant David Spraggs — few details were shared about the mostly minor punishments doled out to them and two colleagues beyond the acknowledgement that the panel charged with overseeing police activity in Boulder thought the offenses were severe enough to warrant that all five be fired. And right now, Boulder isn't saying any more.

According to his bio on the city's website, Hartkopp joined the BPD in 1989 as a property and evidence technician. Four years later, he was assigned "to the newly created Hill Team," charged with policing the University Hill area of the city, "and soon became part of the FTO [Field Officer Training] program. He became a SWAT operator that same year and for 18 years on that team he continued to grow, serving as a Team Leader and assistant commander. In 1996, he became a detective and in 1999 he was part of the first group assigned to a newly formed Major Crimes Unit. A short while later, in 2002, he was promoted to sergeant and assigned to Patrol. He also served as a sergeant on the Boulder County Drug Task Force, Neighborhood Impact Team, and most recently the Major Crimes Unit," before being put in charge of the Professional Standards Unit, "which provides the community with the ability to voice their concerns about the department and employees." 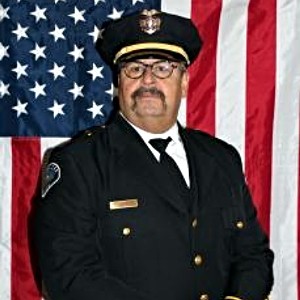 A photo from Commander Thomas Trujillo's profile page on Boulder's website.
bouldercolorado.gov
Trujillo joined the Boulder Police Department in 1986 after a stint as a reserve deputy with the Boulder County Sheriff's Office and time spent as a paramedic with A-1 Ambulance, his bio points out. He subsequently spent ten years as a detective sergeant, including five heading the Major Crimes Unit, and also supervised the Boulder County Investigative Team and worked as a SWAT negotiator team leader. In 2014, he was promoted to commander and had been in charge of the investigations unit.

Spraggs's LinkedIn profile lists him as a 27-year veteran of the Boulder Police Department and manager of its public-safety unmanned aircraft-systems program. In 2018, he founded the Colorado Public Safety Unmanned Aircraft Systems Association, whose goal is to bring together "police, fire, wildland fire, EMS, OEM, search and rescue to further public safety UAS operations in Colorado." He was at the center of a 2019 Longmont Times-Call article about drone technology bringing Boulder County public safety to new heights, and he's written numerous pieces for law enforcement-related publications, including Police magazine.

Boulder's December 6 news release, headlined "Internal Audit Discovers Officer Misconduct; Results in Discipline for Five Officers and Policy Changes," stresses that the information about a just-concluded probe into the activities of Hartkopp, Trujillo and Spraggs, as well as Sergeant Brannon Winn and Officer Kwame Williams, is being publicly disseminated "to be transparent with the community about what occurred and the multiple ways the agency addressed the issue." But their alleged offenses are dealt with in a single sentence: "While upgrading data and transitioning to a new open data portal, department officials became aware of cases assigned to a particular detective that had not been investigated or investigated fully between 2019 and the present."

This issue was discovered in July 2022, the release continues, with issues related to the unnamed detective and four others in his chain of command referred to the city's independent police monitor and the professional standards unit that Hartkopp heads. Yet an inquiry by the latter is said to have "sustained the violations against all five officers."

The next month, information about the case was sent for review to the independent monitor, Joseph Lipari, and the Boulder Police Oversight Panel, a body made up of seven distinguished members of the community. Police Chief Maris Herold is said to have been "in substantial alignment" with Lipari and the oversight panel about the discipline the five deserved, but the release concedes that the BPOP "as a collective body recommended termination of all five officers." 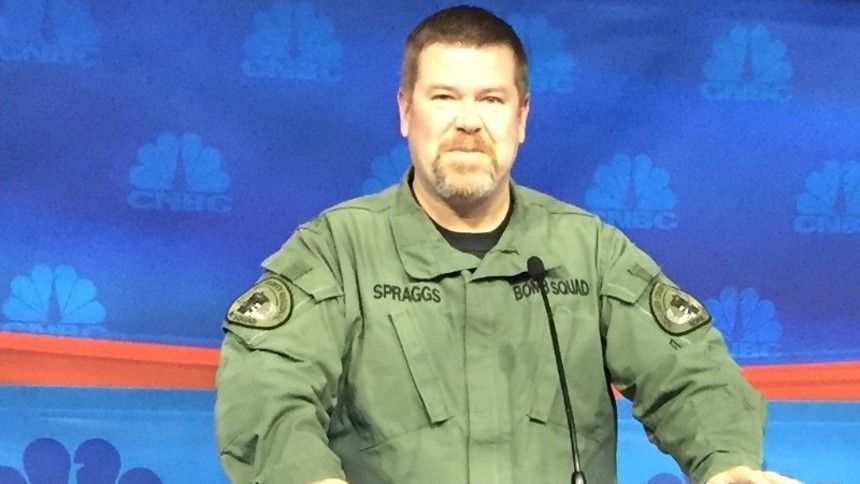 David Spraggs's LinkedIn profile portrait.
LinkedIn
Herold made the final call, however, and she determined that Trujillo would receive "an involuntary transfer to another division and a three-day suspension without pay," in addition to being placed on a performance-improvement plan. As for the rest, Hartkopp "was given a one-year letter of reprimand and is receiving additional training"; Spraggs "retired by resignation," with Herold accepting his request and ordering that termination "be held 'in abeyance'"; Winn was suspended for one day without pay; and Williams was suspended for five days without pay. Afterward, Herold added, one officer — Williams, reportedly — "apparently became overwhelmed" and resigned from the investigations unit.


• A preliminary and ongoing analysis was conducted of the detective’s caseload.
• The department has rewritten its investigations’ case management policy to provide for workload standards, including limiting the number of cases any one detective may handle, ensuring a regular review of open cases by supervisors, and imposing time limits for investigations.
• The department has launched its new data portal for case management, allowing supervisors and managers real time access to case status and assignments.

No other specifics were provided. "I regret that this happened and consider it a serious situation," Herold offered in a statement, but the release concludes with this line: "The city will not be conducting additional media interviews about this situation at this time."
KEEP WESTWORD FREE... Since we started Westword, it has been defined as the free, independent voice of Denver, and we'd like to keep it that way. With local media under siege, it's more important than ever for us to rally support behind funding our local journalism. You can help by participating in our "I Support" program, allowing us to keep offering readers access to our incisive coverage of local news, food and culture with no paywalls.
Make a one-time donation today for as little as $1.