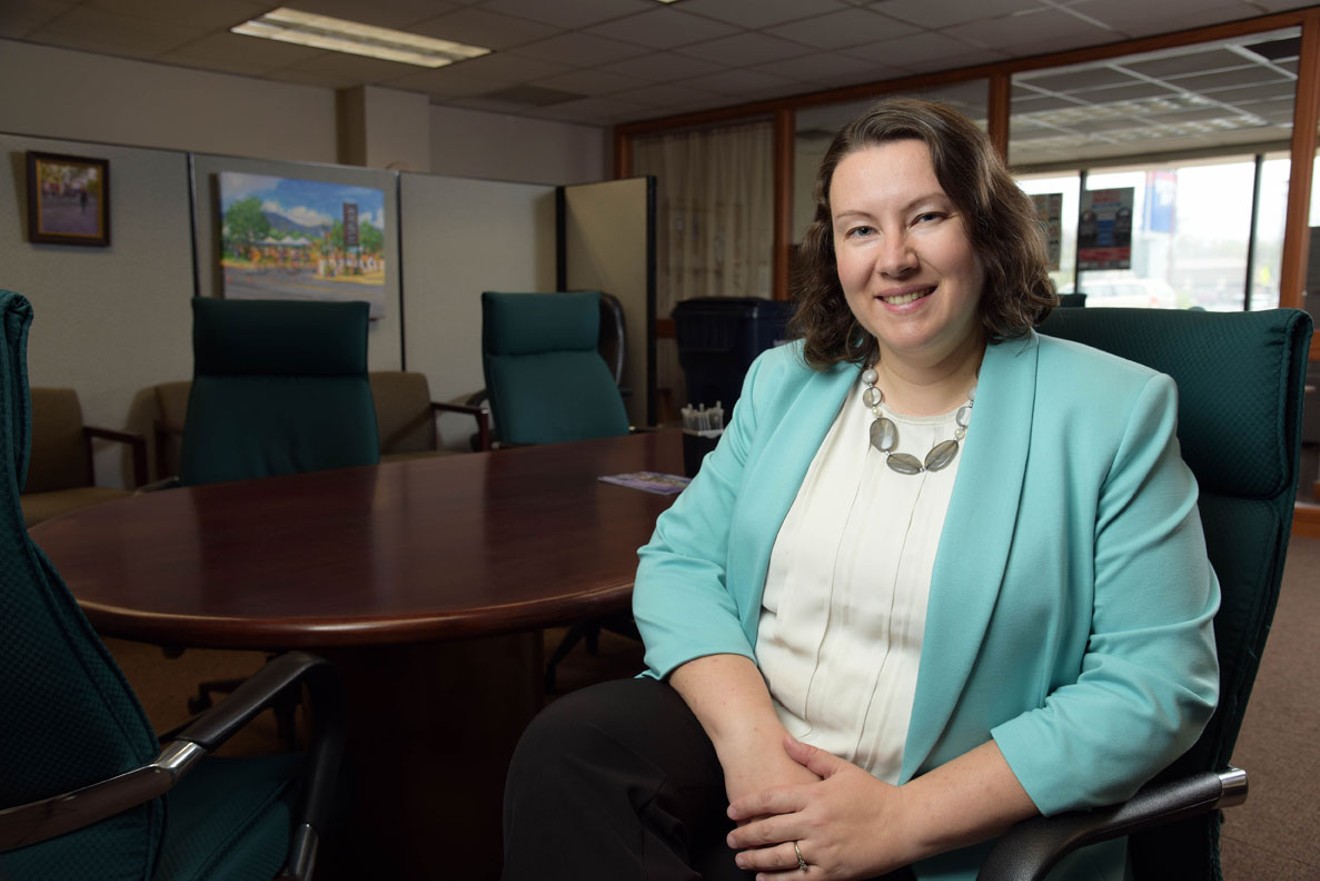 Britta Fisher has led the Department of Housing Stability since 2019. Anthony Camera
The Colorado Coalition for the Homeless has chosen Britta Fisher, the City of Denver's chief housing officer, as its new president and CEO.

"I have been a big fan of the mission of the Colorado Coalition for the Homeless ever since coming to Denver in 2000," says Fisher, who actually worked at the Coalition from 2004 to 2006. "When John announced his retirement, I was definitely interested in this role that can have so much impact in communities across Colorado, as well as here in Denver, in helping people to resolve homelessness."

Fisher, who will start with the coalition in March, has worked as Denver's chief housing officer since mid-2018. And in October 2019, she started as the executive director of the newly formed Denver Department of Housing Stability (HOST), a role she continues in today.

"I think Britta has a great understanding of the issue of homelessness. She’s done a good job in terms of accessing federal, state and local resources and dedicating it to addressing the growing challenges of homelessness, particularly during the COVID pandemic. She’s been very collaborative in terms of her work, not only with us, but with other agencies in the community," says John Parvensky, the outgoing president and CEO of the coalition, who has been leading the organization since its start in 1985.

The organization, which had a $100,000 budget and six employees in 1985, now has a staff of 750 with a $100 million operating budget. Parvensky announced in June 2022 that he planned to retire, and since then, the coalition has been working to find his successor.

Fisher originally had planned to express to whomever takes over as the next mayor of Denver in July that she'd like to stay on as the leader of HOST.

"That was before John had announced his retirement. This opportunity has never been open. It was something that I had been interested in for some time," Fisher says.

Prior to her work with the City of Denver, Fisher also helmed three different nonprofits. But it's her work leading HOST that has garnered her the most praise. Well-respected by elected officials and homeless service providers alike, during her tenure in government Fisher has focused on transitioning Denver to a "housing-first" approach. The concept focuses on getting individuals experiencing homelessness housed first before working on employment or substance abuse challenges. It contrasts with a "work-first" approach, which is largely the method that Aurora Mayor Mike Coffman is trying to implement in Colorado's third-largest city. That approach requires that homeless individuals get jobs or get sober before they can access supportive housing.

But while Denver has been implementing the housing-first approach, there aren't enough deeply affordable units in the city to fully succeed in getting everyone on the streets housed. Thus, the city has continued to sweep homeless encampments, with no promise of housing on the other side.

For nearly the entirety of Fisher's tenure as executive director of HOST, the city has dealt with various crises that have exacerbated the homelessness crisis. First, the COVID pandemic caused Denver to shift its homelessness strategy. In particular, the city and local service providers transitioned many of the Mile High City's shelters to round-the-clock facilities, a move that advocates had been pushing for years.

Additionally, HOST established auxiliary shelters at the National Western Center and the Denver Coliseum in order to allow for social distancing.

Fisher also led HOST as service providers began renting motel rooms for people experiencing homelessness who were vulnerable to becoming seriously ill or dying from COVID. That strategy has stuck: With help from unprecedented federal relief money, the city is now buying motels with plans to turn some of them into housing.

"I love looking at dirt, looking at buildings, looking at real estate and thinking about what possibilities they could yield," Fisher says.

And over the past two months, Denver has dealt with a now-waning migrant crisis that stretched homelessness resources thin.

"The biggest thing I'm proud of is the team we’ve built here at the Department of Housing Stability," Fisher says, noting that the agency has grown from forty employees when COVID first hit to 131 employees budgeted for in the 2023 fiscal year.

She still believes the issue of homelessness can be solved in Colorado, especially with strong investments in supportive housing.

"We have to have more political will to dedicate the resources, but also to change policies that have been in place for a long time that have created an environment where we have homelessness. I think that it is absolutely solvable. It is something that will take time and effort," Fisher concludes.

Her last day with the City of Denver is February 1.
KEEP WESTWORD FREE... Since we started Westword, it has been defined as the free, independent voice of Denver, and we'd like to keep it that way. With local media under siege, it's more important than ever for us to rally support behind funding our local journalism. You can help by participating in our "I Support" program, allowing us to keep offering readers access to our incisive coverage of local news, food and culture with no paywalls.
Make a one-time donation today for as little as $1.