Colorado's Car Theft Rate Is Bad and Getting Worse! 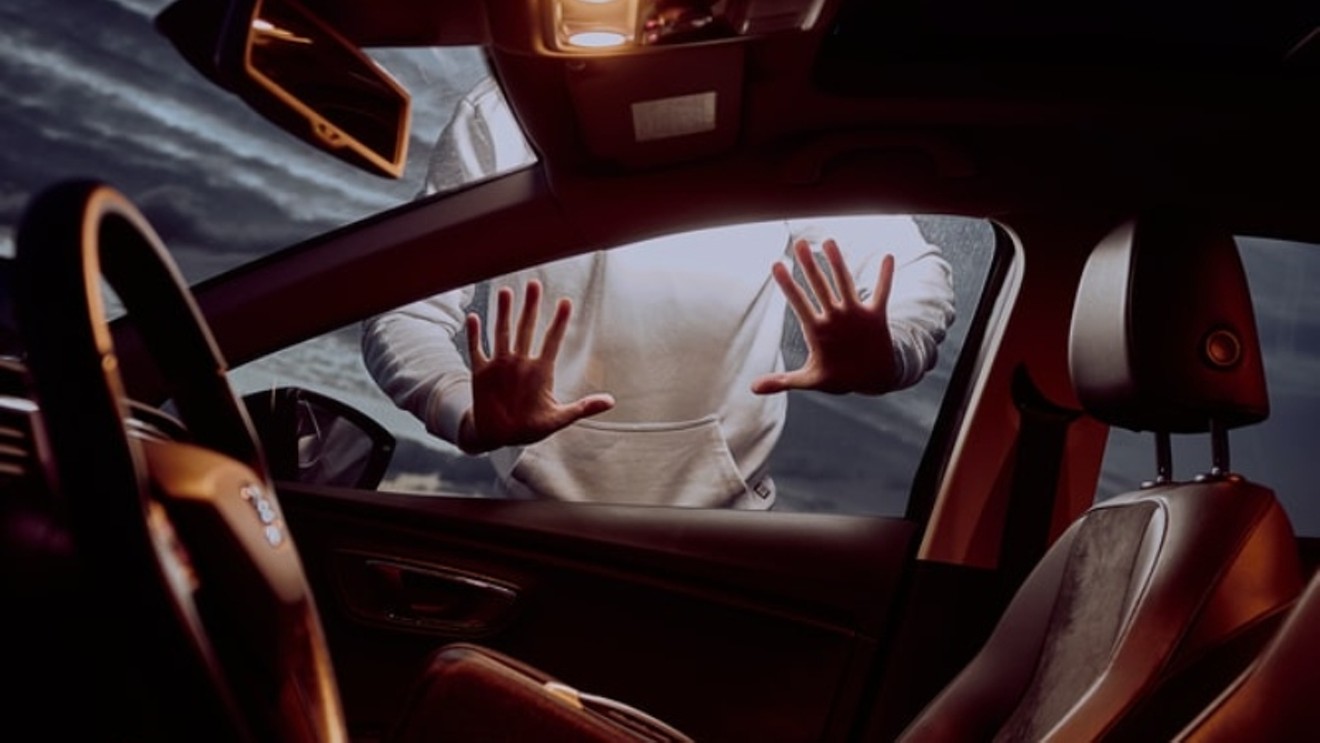 Car theft remains a huge issue in Colorado. Photo by Bastian Pudill on Unsplash
In 2021, Colorado earned the dubious title "Car Theft Capital of America." And through the first six months of this year, the state's car theft rate has actually significantly increased, giving Colorado a shot at retaining the unfortunate title.

"It’s one of those things that we need to get a handle on," Mitch Morrissey, the former Denver district attorney, said during a September 8 press conference held by the conservative-leaning Common Sense Institute, which had just unveiled a new report on car theft.

Morrissey, along with George Brauchler, the former district attorney for the 18th Judicial District, and Steven Byers, a senior economist with the Common Sense Institute, examined the data behind "Colorado's motor vehicle theft crisis" for the report.

Colorado had the highest car theft rate in 2021, with 661.21 thefts per 100,000 people, coming in ahead of second-place Washington, D.C., with 650 thefts, and far outpacing third-place California, with 511.05 thefts. And the state's car theft rate jumped 17.2 percent from January through June of this year compared to the same period last year, the CSI report notes.

The Common Sense Institute, a "free enterprise" think tank that was founded over a decade ago, has a mixed reputation in Colorado. While CSI refers to itself as "nonpartisan" and its researchers say politics don't affect their work, the organization was launched by conservatives and has a staff and board that leans to the right. At the same time, the organization has a bipartisan group of fellows; Democrat Morrissey and Republican Brauchler had already worked together on an earlier analysis of the state's crime wave.

Critics of the CSI argue that the organization's projects are driven ideologically toward a certain conclusion, then work backward for the desired results. But there's really no disputing the car theft numbers in Colorado. They're simply terrible.

Even so, the CSI estimates that the total value of stolen vehicles in Colorado through June is between $468.1 million and $848.3 million for the year, and that could climb to over $1 billion by the end of 2022.

While about two-thirds of stolen vehicles are eventually recovered, they're not always salvageable. "They’re usually trashed, at least. Oftentimes totaled," Morrissey said. "I've seen scenarios where very good cars were stolen, they were destroyed, and the insurance companies basically totaled them out."

According to the Colorado Auto Theft Prevention Authority, some of the top vehicle makes and models that were stolen in the state in 2021 were the 2005 Chevrolet Silverado Truck, the 2004 Ford F-250, the 2000 Honda Civic, the 1997 Honda Accord and the 2017 Hyundai Sonata.

The state's particular problem area for thefts is Denver, according to the report, which the CSI labels as the city with the second-worst car theft problem in America, after only Tacoma, Washington.

The Denver International Airport neighborhood has had the most car thefts in the city so far this year, with 668. The report posits that thieves often target cars that are being parked by people flying out of town. Next up is the Central Park neighborhood, the scene of 649 car thefts. After that come Five Points, Northeast Park Hill, Lincoln Park, the Central Business District and Globeville.

Wellshire, Indian Creek, Barnum and Washington Park are the neighborhoods with the lowest car-theft rates.

Arrests are down to 9.4 percent per motor vehicle theft in Colorado this year, compared to 15.5 percent in 2019.

While car-theft stats are straightforward, Brauchler and Morrissey's conclusions are subject to dispute. For example, Brauchler pointed to a law passed by the Colorado General Assembly in 2014 that he claims lessened the penalties for thefts of cars of lesser value. "This idea that we treat car theft like it’s shoplifting a Snickers bar is ridiculous," he said, adding that car thefts increased every year after that law's passage.

But car thefts had actually already been trending upward since 2010.

Both Brauchler and Morrissey would like to see the General Assembly stiffen existing laws regarding car theft. "It becomes clear that whatever we think we’re accomplishing through rehabilitation on the back end of a criminal conviction is an utter failure for these car thieves," Brauchler said, also calling for tougher policies on parole and bail, a suggestion that criminal justice reform advocates strongly oppose.

"Nothing that we’re trying right now is working," Brauchler concluded. "We’ve got to take different steps."
KEEP WESTWORD FREE... Since we started Westword, it has been defined as the free, independent voice of Denver, and we'd like to keep it that way. With local media under siege, it's more important than ever for us to rally support behind funding our local journalism. You can help by participating in our "I Support" program, allowing us to keep offering readers access to our incisive coverage of local news, food and culture with no paywalls.
Make a one-time donation today for as little as $1.