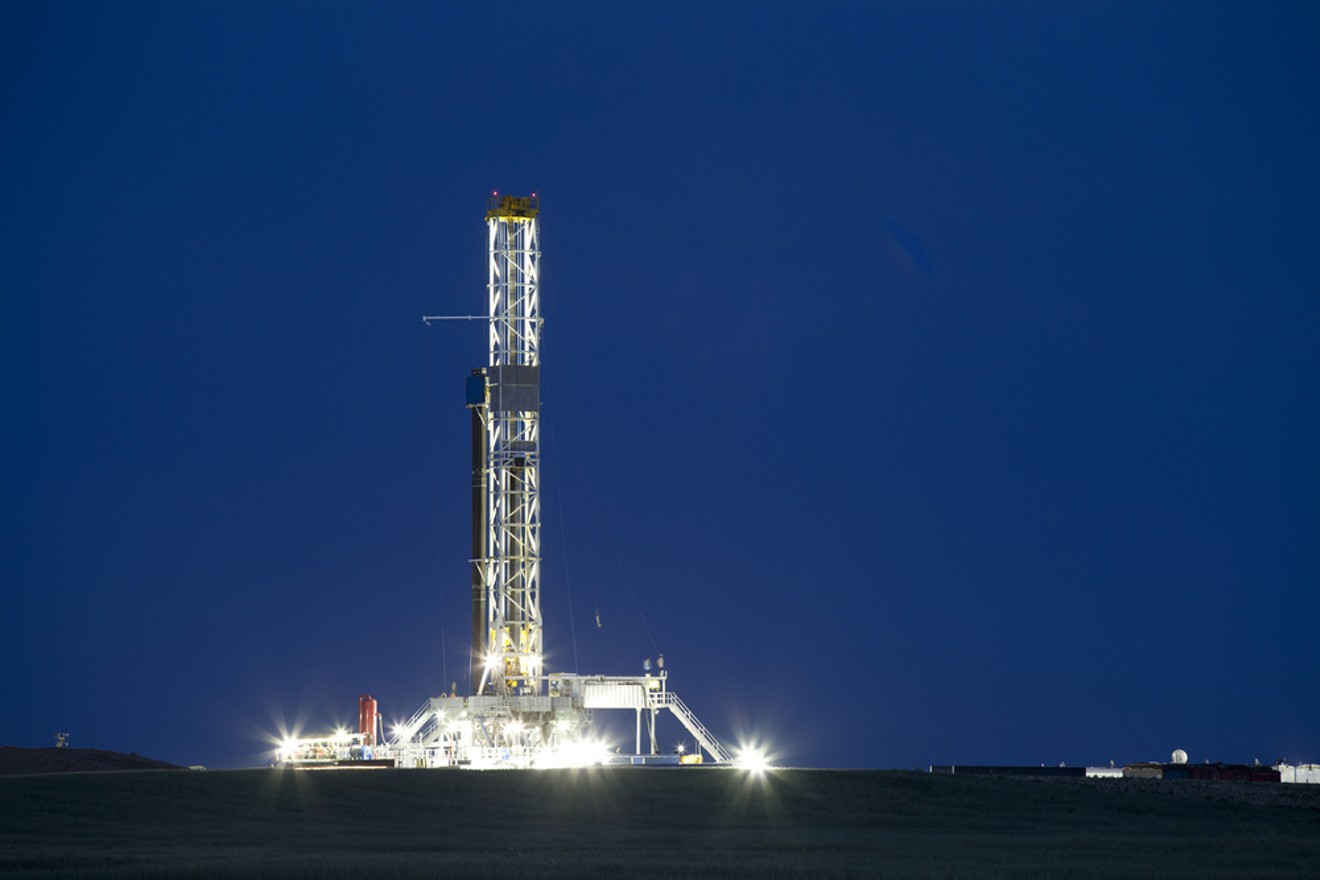 Colorado’s oil and gas industry has fracked its way up and down the Front Range between north metro Denver and the Wyoming border over the last fifteen years. But as state lawmakers close in on reforms to the permitting process, drillers are rushing to set up shop closer to Denver than ever before.

On Monday, February 4, residents of several neighborhoods in north Commerce City pleaded with their city council not to move ahead with a proposal by Denver-based Extraction Oil & Gas, which would drill up to 160 wells from six pads within or just outside the city limits (the company did not return our request for comment). Together with smaller proposals from two other operators, the plans call for a total of 220 wells to be drilled in and around fast-growing residential areas just north of the Rocky Mountain Arsenal National Wildlife Refuge.

“My wife and I moved to Commerce City a few years ago,” said Sean Cuevo, a resident of the Villages at Buffalo Run, a subdivision that could be impacted by several of the proposed well pads, before the meeting. “We loved the open spaces, we loved how beautiful it is here. To see this happen in our neighborhoods, it makes me think, ‘Do we have to move?’ It sucks that there’s no way we could have anticipated this.”

The wells would be some of the closest ever drilled to central Denver, and the first in such close proximity to use modern, heavy-industrial extraction processes like fracking and horizontal drilling. The pollution they could bring, in the form of leaked methane and volatile organic compounds like benzene, would only worsen the metro area’s already poor air quality — particularly in Commerce City, where industrial sites like the Suncor oil refinery have long impacted low-income, heavily Latino communities on the north side of Denver. Chase Woodruff
Before Monday night's meeting, city councilors entered an hour-long closed-door executive session to discuss the proposed drilling projects. That raised fears among anti-fracking activists that the council could be fast-tracking approval of the plans, or awarding "vested rights" that could exempt the proposed wells from any regulatory reforms made by the state legislature this session. As the public portion of the meeting began, the council tried to assuage residents' concerns.

"Council is not approving anything tonight," said City Attorney Robert Sheesley. "There will be a public process before this proceeds towards any sort of approval or rejection."

But with a potential major legislative overhaul of Colorado's oil and gas regulations still several months away, activists fear that Extraction and the city are aiming to fast-track the project to get ahead of any changes. While state law currently bars municipalities like Commerce City from placing almost any restrictions on oil and gas development within their borders, that could soon change, with top Democrats at the Capitol determined to pass so-called local control laws before the legislative session ends in May. As city councilors entered Monday's executive session, a small group of activists greeted them with chants of "Wait for the state!"

"All we want them to do is postpone it," says Susan Noble of North Range Concerned Citizens, a community group formed to oppose the drilling plans. "If they go ahead and negotiate an agreement, it could supersede any changes at the state level."

“Every time I’ve come to these meetings, it’s been, ‘This council can’t do anything, because the state preempts them,’” says Cuevo. “Now, to finally see that the state is trying to make changes, it would be very frustrating to see them rush forward.”

Commerce City isn't the only municipality where drilling activity is gradually making its way toward Denver city limits. At least a dozen major projects are pending approval in Aurora and unincorporated Adams and Arapahoe counties, according to data from the Colorado Oil and Gas Conservation Commission. The COGCC received applications for nearly a hundred wells in and around Aurora in January alone, including a 32-well project less than a mile northeast of Green Valley Ranch; it would be Aurora's westernmost fracking site yet.

For now, residents in the crosshairs of Extraction's Commerce City plans can only hope that their city councilors listen to their concerns and delay any final decision on an operator agreement until after the legislature acts on oil and gas reforms. For many, the stakes are high.

"My wife has [chronic obstructive pulmonary disease]," says John Myers, a resident of the Buffalo Mesa subdivision who spoke at Monday's meeting. "It doesn't take much, as we drive past the fracking locations, for that to affect her ability to breathe. Clearly we've had a system that favors the oil and gas industry, and it's time to recognize that, and say, 'Is that what we want?'"
KEEP WESTWORD FREE... Since we started Westword, it has been defined as the free, independent voice of Denver, and we'd like to keep it that way. With local media under siege, it's more important than ever for us to rally support behind funding our local journalism. You can help by participating in our "I Support" program, allowing us to keep offering readers access to our incisive coverage of local news, food and culture with no paywalls.
Make a one-time donation today for as little as $1.