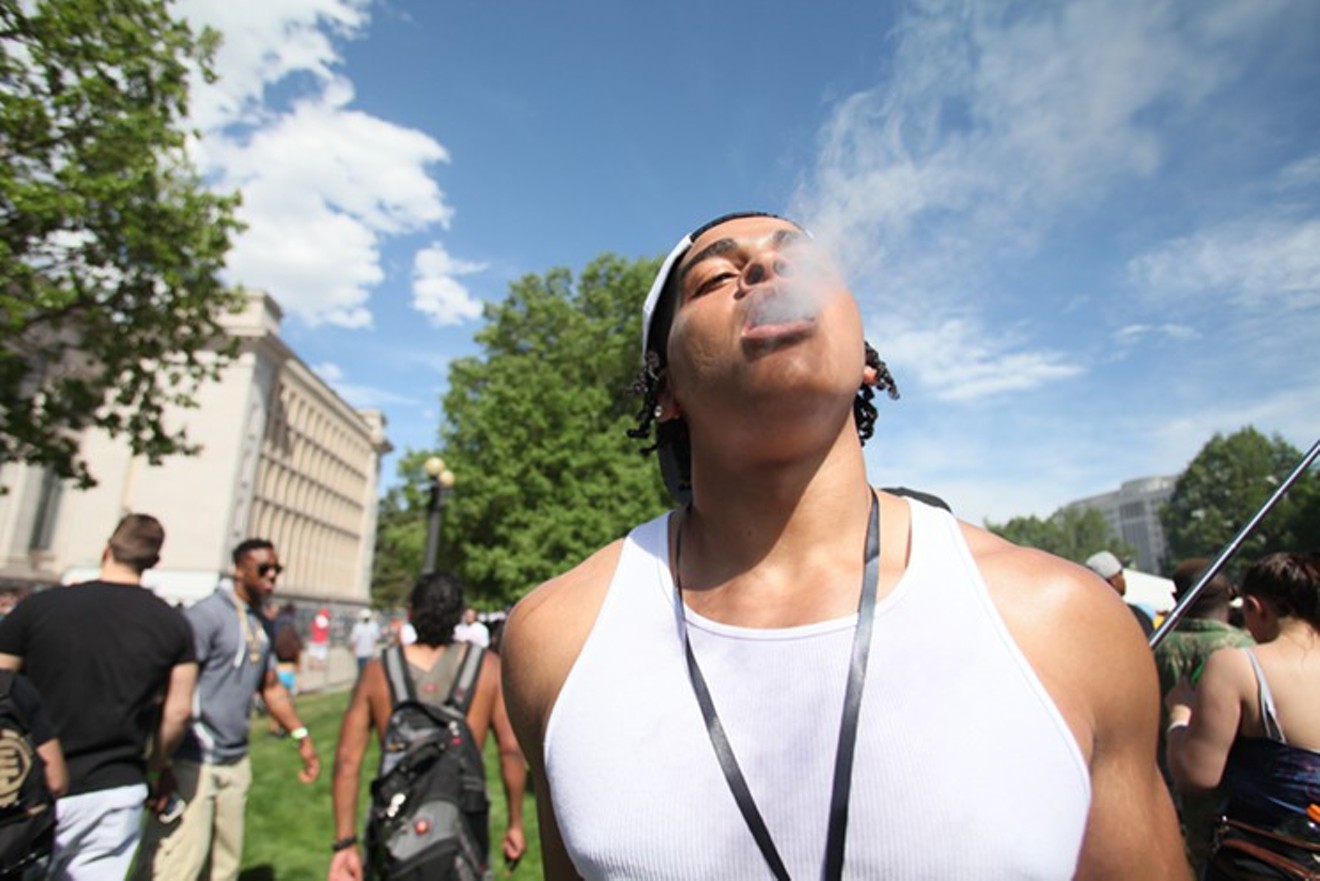 Official social use in Denver will not look like this. Brandon Marshall
The City of Denver has selected the members of its Social Consumption Advisory Committee, which will oversee implementation of Initiative 300, allowing social consumption of marijuana in the city, and has three meetings scheduled through February.

The twenty-person committee, which comprises city officials, Denver City Council members, community members and marijuana-industry representatives, will meet a total of six to eight times between now and June to draft the rules and regulations governing social-use licenses.

The application for businesses to apply for social use will be available on January 21, but the city will not accept them until this summer.

A draft timeline presented at a December 5 city council meeting indicates that the advisory committee will meet from January through March to develop the regulations; the city will review the committee's plan between April and May. Then there will be a public hearing to discuss the proposed rules.

The first meeting of the advisory committee is scheduled for Wednesday, January 18; it will be followed by a meeting on February 8 and another one on February 22.

Deputy Chief David Quinones will represent the Denver Police Department, and Marley Bordovsky of the city attorney's office will also be on the committee.

The community representatives come from a number of organizations, including some in the cannabis industry and other outside stakeholders.

Amber Leytem is representing Denver Public Schools, and Karin McGowin will hold a seat for the Colorado Department of Public Health and Environment; Rachel O'Bryan from Protect Denver's Atmosphere and Fran Lanzer from Mothers Against Drunk Driving, both opponents of I-300, are also on the committee.

University of Denver Sturm College of Law: Sam Kamin (an expert on marijuana history and policy)