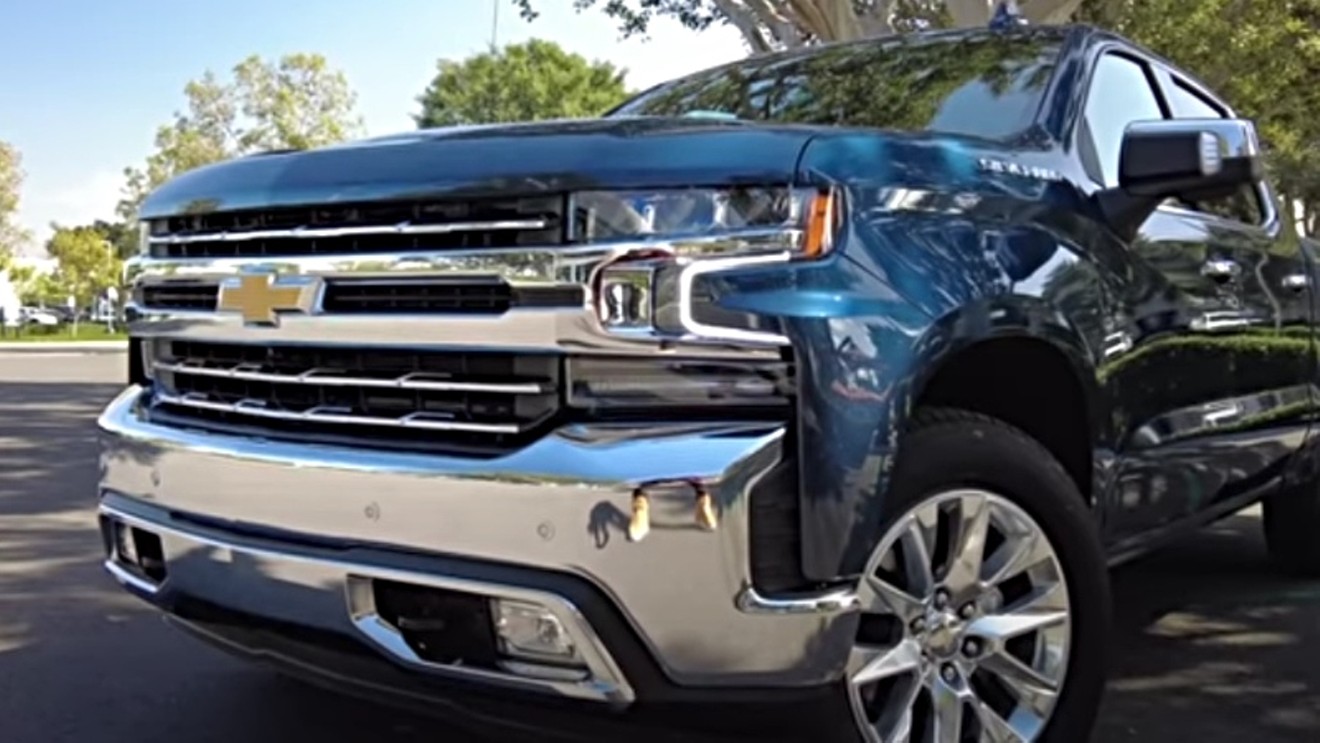 Denver-area car thieves have a particular fondness for Chevrolet Silverados. YouTube
A lot of activities have declined as a result of COVID-19. But the pandemic created an unanticipated boom in at least one category: stolen cars.

Auto thefts in metro Denver spiked by more than 40 percent during the 2020-2021 fiscal year that ended on June 30. The numbers were significantly worse than 2019-2020 in at least five metro communities, including Denver proper, where the number of rides swiped went up by more than 3,000.

The figures come courtesy of Colorado's Metropolitan Auto Theft Task Force (C-MATT), a law enforcement coalition based in Jefferson County that's primarily funded by the Colorado Auto Theft Prevention Authority through car insurance fees. A preliminary report from the organization last September provided a preview of the latest results. Between December 29, 2019, and March 15, 2020, just before Governor Jared Polis issued his stay-at-home order for residents, auto thefts in the metro area averaged 233 per week. The week afterward, car thefts rose by 20 percent, to 280, and between March 22 and June 20, that average jumped to 339 weekly. During the subsequent three-month period, from June 21 to September 20, the total hit an average of 453 per week, up 125 percent since early February.

Moreover, the average number of metro-area car thefts per week swelled to 519, a significant bump from the summer of 2020.

Here's a graphic showing the jump in car thefts in five cities — Denver, Aurora, Lakewood, Thornton and Westminster — from 2018 to 2021.

To prevent yourself from going down this particular road, C-MATT offers the following tips:

• Never leave keys/key fobs to any vehicle in your car
• Never leave your car running and unattended
• Always lock your doors and roll up your windows
• Always remove, or at least conceal, anything of value
• Use a steering wheel locking device as a deterrent
• Use an audible alarm or other disabling device, especially if you leave tools or other valuables inside your vehicle every day
• Park in a well-lit area where your vehicle can be seen
• Avoid parking in isolated areas
• If you have a garage or other secure area to park your vehicle – use it!
• Lock the door between your garage and the interior of your home
• If you see anything or anyone suspicious or looking into or around vehicles, call 911
• Ensure you have the license plate and VIN number, the serial number for valuable items such as tools and electronics documented with proof of ownership
• And use a permanent method for easy identification, such as engraving your name, on the tools to assist law enforcement in returning your valuables to you
KEEP WESTWORD FREE... Since we started Westword, it has been defined as the free, independent voice of Denver, and we'd like to keep it that way. With local media under siege, it's more important than ever for us to rally support behind funding our local journalism. You can help by participating in our "I Support" program, allowing us to keep offering readers access to our incisive coverage of local news, food and culture with no paywalls.
Make a one-time donation today for as little as $1.