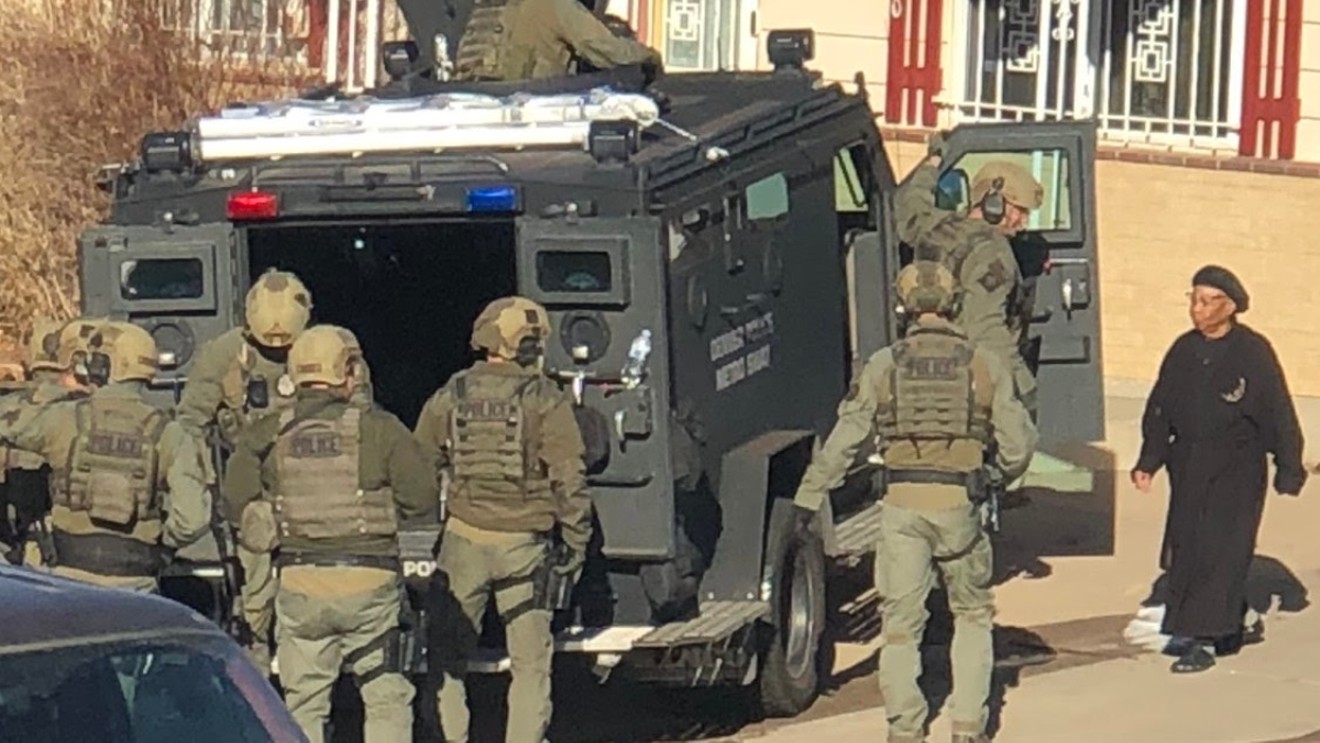 Ruby Johnson was confronted by a SWAT team in January based on a misreading of the Find My iPhone app. ACLU of Colorado
The ACLU of Colorado has filed a lawsuit against a Denver Police Department detective over a January 4 SWAT team raid on the home of Montbello resident Ruby Johnson, a 77-year-old grandmother, that was caused by a profound misunderstanding about how to properly use the Find My iPhone app, according to the complaint.

This assertion doesn't appear to be in dispute. Andrea Webber, a spokesperson for the Denver Department of Public Safety, reveals that DPD representatives "hope to continue to work with Ms. Johnson's family through her attorneys to resolve this matter without further litigation" — a signal about the city's openness to settlement negotiations.

The named defendant is Detective Gary Staab; the suit is among the organization's first to target an individual law enforcement officer since a 2020 police-reform bill legalized the approach.

ACLU of Colorado legal director Mark Silverstein summarizes the document: "The police were investigating the theft of a truck that had occurred the day before, and the owner of the truck reported that there were six weapons in the truck that was stolen. He also had an old iPhone 11 in the truck, and he reported to the detective that he had used the Find My app to track the location of the truck after it was stolen — and he said that it pinged to our client's house."

Unfortunately, Silverstein continues, Staab "didn't do any corroboration. He didn't investigate further. He just wrote up a search warrant based on the truck owner's use of the Find My app. The affidavit even included a screenshot that was evidently from the truck owner's operation of the app, and the detective wrote that it showed the iPhone inside the house. But this statement was wrong. It was false — a misrepresentation of what the app was showing." 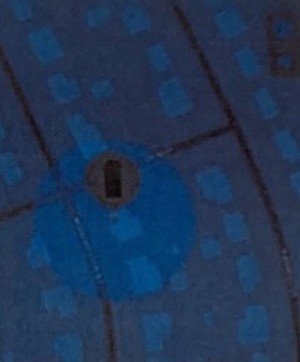 This is the Find My iPhone screen shot from the warrant that okayed the raid on Johnson's home.
ACLU of Colorado
"A minute of Googling" would have let Staab know that the app hadn't pinpointed the iPhone to Johnson's house, Silverstein suggests — and he's right. "The information Apple puts out about the app says that because the large blue circle in the screenshot the owner sent encompassed a number of properties and houses in the neighborhood, the precise location of the phone could not be identified," he notes.

Nonetheless, the warrant Staab submitted appears to have been based solely on the supposition that the Find My app proved that the stolen iPhone was in Johnson's residence — a conclusion that Silverstein finds highly problematic.

"I've done some research, and while there are a few cases where the Find My app was a piece of evidence about where something might be, I haven't found anything where law enforcement relied solely on the app," he says. "There was always additional corroboration and evidence — so the iPhone app was just a piece of it. But there's no information in the detective's affidavit about why the judge should rely on that report from the app — and had there been information about the significance of the screenshot, it would have pointed in the opposite direction. There was no probable cause to believe the iPhone was in our client's house."

That the affidavit was granted anyway suggests to Silverstein that the lack of knowledge about the capabilities of the Find My iPhone app may be systemic: "In an hour, the judge rubber-stamped the warrant and the SWAT team was out at the house with an intimidating, overwhelming show of force — which has 'something is wrong here' written all over it."

The SWAT team used a battering ram on Johnson's garage door, and in the fruitless search that followed, "a prized doll from our client's collection had its head broken off — and the things in her home were left in disarray," Silverstein recounts. And although almost a year has passed since the raid, Johnson still "feels unsafe in her home," he adds. "She's afraid to answer the phone, and for several months, she stayed with her daughter, and then she stayed with her son, rather than the home she's owned and lived in for forty years."

Ruby Johnson, plaintiff in the suit.
Photo by Joanna Kulesza via ACLU of Colorado
The DPD's Webber doesn't minimize this reaction. "The Department of Public Safety and Denver Police Department sincerely apologize to Ms. Johnson for any negative impacts this situation may have had on her," the spokesperson says. "SWAT was involved in the execution of the warrant due to allegations that six guns had been stolen and may have been located in Ms. Johnson’s home. Once Denver Police Chief Ron Thomas was made aware of concerns expressed by Ms. Johnson’s family regarding the warrant, the Department reached out to the family."

Webber adds: "Chief Thomas has also ordered that an internal investigation be opened, and DPD is working with the Denver District Attorney’s Office to develop additional training for officers and assistant district attorneys related to seeking warrants based upon find-my-phone applications."

In Silverstein's view, such lessons are necessary. "What we're saying is that the detective didn't have enough facts to justify a raid on our client's house," he notes. "He didn't do a proper investigation. He should never have asked for a search warrant, his supervisor should never have signed off on it, the DA shouldn't have greenlighted it, the judge shouldn't have issued it, and the SWAT team should have stayed home."

Click to read Ruby Johnson v. Gary Staab.
KEEP WESTWORD FREE... Since we started Westword, it has been defined as the free, independent voice of Denver, and we'd like to keep it that way. With local media under siege, it's more important than ever for us to rally support behind funding our local journalism. You can help by participating in our "I Support" program, allowing us to keep offering readers access to our incisive coverage of local news, food and culture with no paywalls.
Make a one-time donation today for as little as $1.