Claim: Denver DA's Resentencing of Some Juvenile Lifers Is Illegal 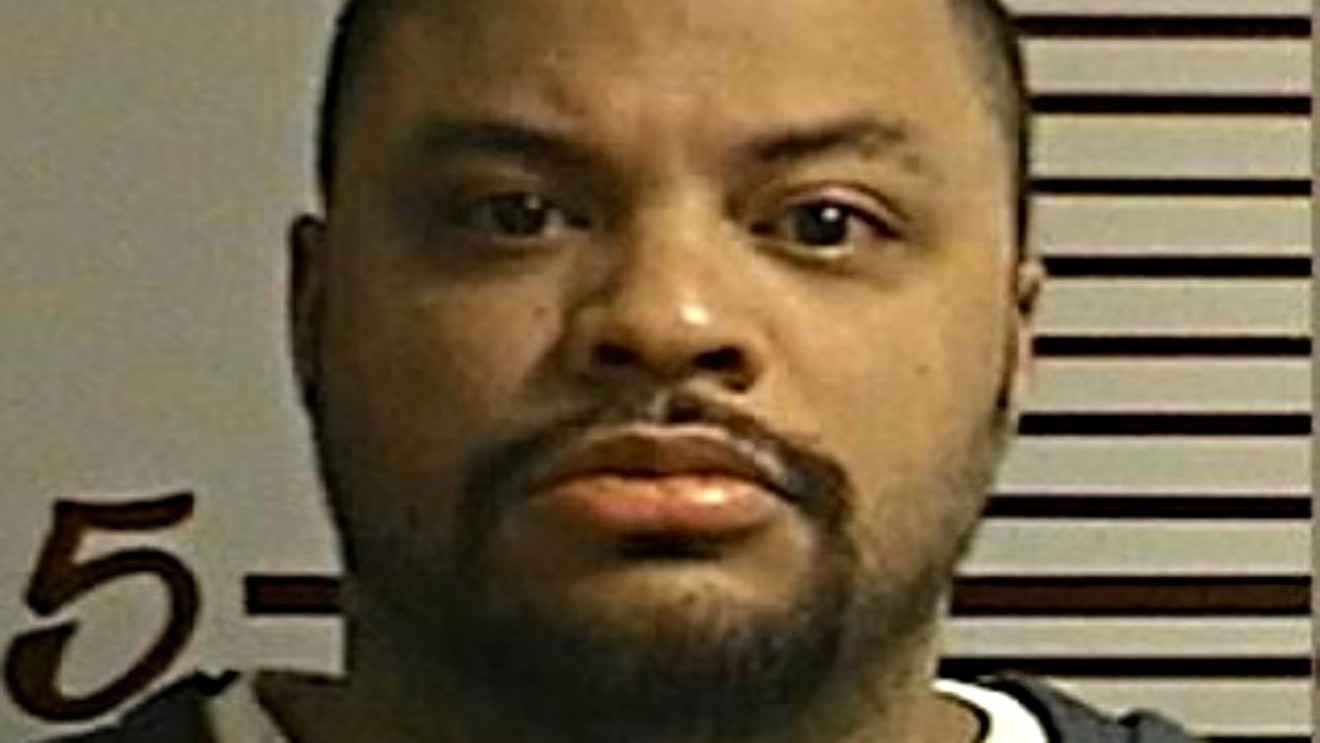 Leroy Gardenhire III was convicted of murder as a juvenile, but he was recently resentenced under a methodology that's coming under fire. Colorado Department of Corrections
Editor's note: On December 14, Governor John Hickenlooper commuted the life sentence of Curtis Brooks and five other individuals convicted of first-degree murder when they were teens or young men. Continue for our previous coverage.

Former Denver District Attorney Mitch Morrissey is blunt when asked about several cases in which Beth McCann, his successor as Denver DA, has resentenced men who were convicted of felony murder and other charges when they were juveniles during the 1990s, resulting in their time behind bars being substantially lessened. In his view, she's breaking the law.

"You can go in for one or two counts of felony murder and resentence them on those," Morrissey says about the sentence-lowering for several inmates, including Leroy Gardenhire III, whom he personally prosecuted, "but not on the entire case. That's where she's acting illegally, and that's where a judge should be stopping that — saying, 'This isn't something I have the jurisdiction to do.'"

Denver District Attorney Beth McCann.
Facebook
This isn't Brauchler's only disagreement with McCann. The two are on opposite sides of a court fight involving a statute that governs juvenile resentencing for felony murder — an offense that holds individuals responsible for a homicide during the commission of a crime (a burglary, a home invasion, etc.) even if he or she didn't pull the trigger or otherwise directly cause it.

In 2012, the U.S. Supreme court declared sentences of life without the possibility of parole (shorthanded as LWOP) for crimes committed by juveniles to be unconstitutional.

This didn't immediately upend Colorado law, since six years earlier, in 2006, the General Assembly nixed the state's LWOP rule as it pertained to juveniles, changing the sentences to life with the possibility of parole after forty calendar years — a decision that affected 48 people by Brauchler's calculations and fifty by McCann's. But in 2016, the state legislature went a step further, creating a new sentencing range of thirty to fifty years with ten years of mandatory parole for juveniles convicted of committing felony murder between 1990 and 2006.

This may not seem like a big change, but even half-century jolts under the measure would likely correspond to fewer years served than the four decades mandated in 2006, since they take into account so-called good time — rewards for trouble-free conduct that commonly reduce sentences by a third. Using this math, fifty years in stir would become 33.5 years, and thirty years could be shortened to twenty.

Curtis Brooks's mug shot.
Colorado Department of Corrections
Enter Curtis Brooks, who became a prison rehabilitation role model after being convicted of felony murder for a homicide in 1995, when he was fifteen. His story is the sort that inspired the 2016 legislation, and Brauchler, too, feels Brooks should have his sentence shortened and has encouraged Governor John Hickenlooper to consider the matter.

But Brauchler still has problems with the felony murder law, since he feels it applies to a "closed class" — sixteen of the 48-50 people the 2006 legislation covered who had felony murder convictions.

"That makes it 'special legislation,' and there's a prohibition against it in our state constitution," Brauchler argues. "So when Curtis Brooks was about to be resentenced, we filed a motion with the court to say, 'Hey, we think this is unconstitutional,' and guess what: The judge, Judge Samour [that's Carlos Samour, who oversaw the trial of the Aurora theater shooter], agreed with us. Last year, he ruled it was unconstitutional. But then, the day before Brooks was about to be resentenced to life with parole eligibility at forty years, the judge issues another order that says, 'I changed my mind. I do think it's constitutional, and we're going to move forward with sentencing on the thirty-to-fifty-year window.'"

This was objectionable to Brauchler "in two ways," he goes on. "First, we hadn't prepped the victim for the thirty-to-fifty-year sentencing. And this wasn't my only case like this one. Of the three other cases of mine that are potentially eligible for this, one of them is a guy named Alexander Pogosyan, who participated in the shotgun murders of five people — and the idea of that guy being eligible for parole after thirty to fifty years, well, I just couldn't do that. And if the best, smartest judge I've ever been in front of, Judge Samour, can go back and forth on this, I want the Colorado Supreme Court to tell us what the answer is."