See a Mess Downtown? There's an App for That... 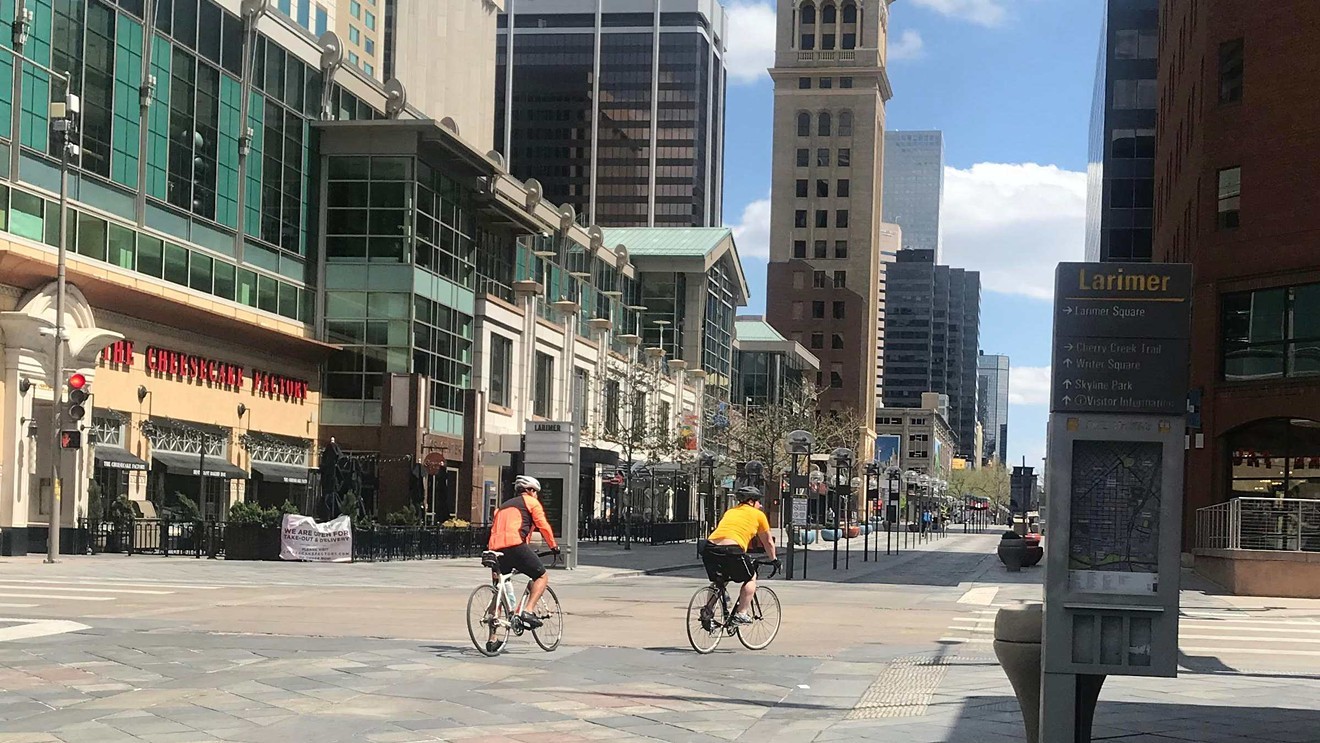 A look at the 16th Street Mall near the Larimer Street intersection. Photo by Michael Roberts
If you're walking around downtown and notice a disgusting stain on the sidewalk or in the street, you can do something more constructive than complain to your friends about how Denver is decaying.

The properties located in the Downtown Denver Business Improvement District actually pay over $7 million a year to keep the place clean, and the BID wants to know when there's a mess it has missed. To that end, last year the BID launched an app called Downtown Denver Clean and Safe. If you are anywhere in the 120 blocks that make up downtown Denver — an area that includes LoDo (starting at Union Station), the first few blocks of Uptown and the convention-center corridor —  the app allows you to report any maintenance issues you come across. 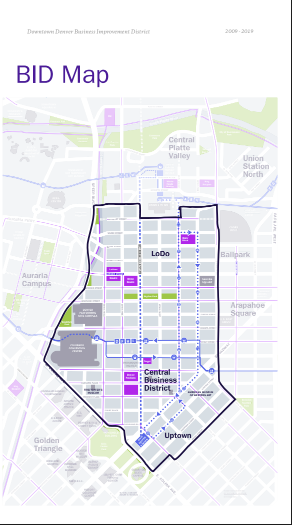 These are the boundaries where the app will work.
Business Improvement District
You can take a photo of the unsightly spot or safety concern and write a brief description, and the app geo locates the problem. From there, the district orders its "clean team" to get right on it.

Downtown property owners formed the BID decades ago, shortly after the 16th Street Mall was finished, in order to keep the area looking safe and clean. After all, the nicer downtown appears, the more people want to visit and spend money there.

The City of Denver already has cleaning crews downtown, just as it does in other parts of the city, but the BID supplements this work. For example, while the city provides a certain number of trash receptacles, the BID provides even more.

More than 400 owners with a total of 895 properties downtown pay taxes to the BID, according to Beth Moyski, senior vice president of special districts for the BID. The district then uses that money to fund the clean team, as well as the app that summons the crew to problem areas.

“It’s been a really powerful tool in helping the general public feel empowered rather than feeling like, 'Oh, my downtown is just trashed and there’s nothing I can do about it,'" says Vince Martinez, director of downtown operations for the BID.

"We launched the app to provide users of downtown with a tool to report issues they see that we haven’t had a chance to get to yet," Martinez adds. "I wouldn’t say that we put it out because we felt Denver was overly dirty, but we wanted to be able to provide downtowners an opportunity to have an impact on their environment."

Since January of this year, it's been used to submit 1,233 reports regarding spots that need attention.

Martinez says the clean team has roughly 55 employees who go out and walk the 120 blocks of downtown, just cleaning up the place every day. Some of the work they do includes pressure-washing twice a year, searching for spills and biohazards daily, and notifying property owners of vandalism. The BID is also responsible for snow removal on the 16th Street Mall.

According to Josh Schneider, senior director of marketing and communications for the Downtown Denver Partnership, San Diego may be the only other city in the U.S. with an app like this. "We’re one of the first districts across the nation to implement that tool," he says.

"There’s a lot of preventative measures we take," Schneider says. "We will coat things in anti-graffiti protectant paint; we provide everyday things like bike racks that supplement things the city provides."

The BID also puts up the sparkly twinkle lights you see on the 16th Street Mall during the holidays, all as part of its efforts to bring people downtown.

"When we talk about perception of clean, for a lot of our downtown activities, keeping things activated, it's important as well," Schneider says. "If the streets are busy with people who want to be here for fun and for the community, they help keep it clean themselves."
KEEP WESTWORD FREE... Since we started Westword, it has been defined as the free, independent voice of Denver, and we'd like to keep it that way. With local media under siege, it's more important than ever for us to rally support behind funding our local journalism. You can help by participating in our "I Support" program, allowing us to keep offering readers access to our incisive coverage of local news, food and culture with no paywalls.
Make a one-time donation today for as little as $1.