How Gentrification Has Changed the Cole Neighborhood 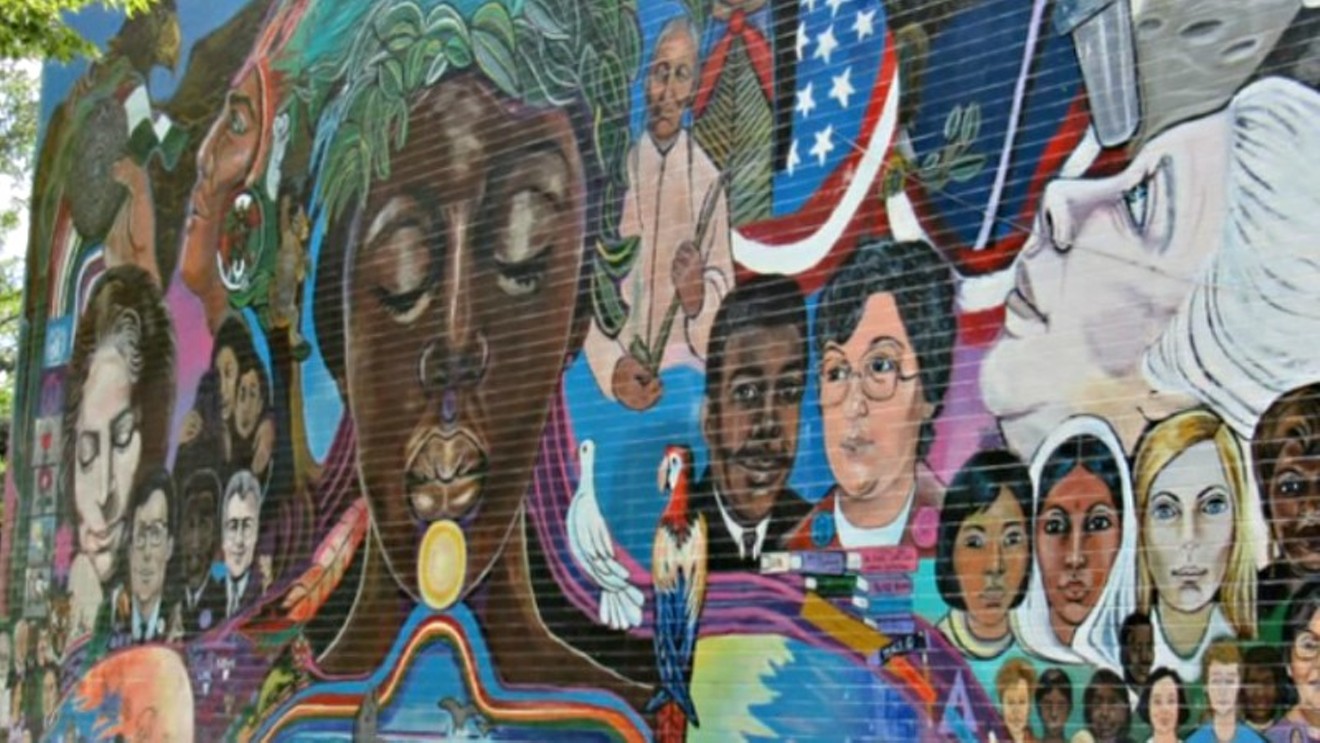 A mural in the Cole neighborhood. YouTube
This is the second in a series about changes in gentrifying Denver neighborhoods. Read part one, about the gentrification of Five Points.

Like Five Points, the well-known area that borders it to the west, the Cole neighborhood has traditionally been home to people of color, many of whom have faced historically discriminatory roadblocks that have limited their opportunities in Denver. But as new data demonstrates, Cole experienced a growing demographic shift over the past decade, epitomized by an influx of higher-income folks and the departure of many longtime residents who could no longer afford to stay in the place they'd called home for generations.

This information was culled from the Child Opportunity Index 2.0, a mammoth database unveiled in January by Brandeis University in Waltham, Massachusetts. The project examines the 100 largest metro areas in the United States, including Denver, at a granular level, neighborhood by neighborhood, to reveal the sort of inequality set before many young people from disadvantaged backgrounds, and it served as the foundation of our recent story headlined "Study: White Children in Denver Have Huge Edge Over Hispanic, Black Kids."

At our request, a team headed by Clemens Noelke, research director for the Institute of Child, Youth and Family Policy for Brandeis's Heller School for Social Policy and Management, pulled together facts and figures for a number of Denver neighborhoods, including Cole, by drawing from the U.S. Census tracts it encompasses.

The main sources are American Community Surveys that the U.S. Census Bureau pegs to the years 2010 and 2015, although they actually cover wider periods: 2008-2012 and 2013-2017. As a result, they help show what led to the conditions and scenarios being experienced by Cole's citizenry today.

The Child Opportunity Index 2.0 collected data on 72,000 census tracts nationwide in association with 29 indicators. Each factor is weighted according to how strongly it predicts health and economic outcomes, with the results combined to create a single opportunity score between 1 and 100. The bottom of the scale represents the 1 percent of kids who live in neighborhoods with the lowest opportunity scores, while 100 designates the neighborhoods offering children the best odds of reaching their full potential.

Cole's overall numbers, while still distressingly low, improved between the 2010 and 2015 reports as measured against the national average and the one for Denver specifically — from 21.0 to 24.0 for the former and 11.0 to 13.0 for the latter. That the Denver-specific figures are nearly 50 percent under those cited in the national survey suggests that the seeds of gentrification evident today had not yet started to sprout. But a closer look at information grouped in three broad categories shows tendrils aplenty.

A map of the Cole neighborhood.
Google Maps

The number of children defined as "not non-Hispanic white" was similar from the first survey (1,168) to the second (1,106), but the population of Hispanic or Latino children declined considerably (1,108 to 875), and all 41 kids classified as Asian or Pacific Islander in 2010 ultimately left Cole; the 2015 figure is listed as zero. In contrast, children "who are some other race or two or more races" jumped from 137 to 376, and black or African-American youth saw a similarly dramatic spike, 99 to 216.

This last development likely reflects movement from one nearby neighborhood to the next. Stats suggest that gentrification in Cole was behind that of Five Points, where the number of black children was more than halved: 601 in 2010 to 287 in 2015. Many of those youngsters may well have wound up in Cole.

Whereas the fiscal metrics of Five Points showed improvements in nearly every category, Cole's were more mixed. The arrival of more moneyed individuals in the area started as more of a trickle than a flood, the stats imply — and while Noelke cautions not to automatically assume that gentrification is behind every data point ("Without further information, it is not clear what is driving this change," he maintains), selected evidence certainly seems to point in that direction.

So-called "single-headed households" went up from 48.7 percent in 2010 to 56.9 percent in 2015, in all probability reflecting the development and build-out of new apartment complexes that began popping up in Cole. Likewise, the rise in renters presumably explains why home ownership rates slipped a smidgen (52.6 percent to 51.1 percent), even as the housing vacancy rate declined from 9.9 percent to 7.7 percent. Meanwhile, the median household income rose by around 20 percent, going from $40,266 to $48,700, and workers in what's categorized as "high-skill employment" went from 31.1 percent to 36.5 percent.

The poverty rate also went down considerably, 32.2 percent to 25.3 percent, and the employment rate edged a bit higher, 74.6 percent to 80.8 percent — although, in an apparent contradiction, the percentage of people receiving public assistance went up, 19.1 percent to 23.3 percent. More inhabitants of Cole also had health insurance in the 2015 report (80 percent) than the 2010 version (70.4 percent). However, that could very well be because uninsured individuals were priced out of Cole and moved on, making room for more people who were better able to pay for policies.

Nonetheless, many struggles remained for Cole residents. Note that the percentage of households without a car located more than a half-mile from the nearest supermarket went from 6 percent to 6.4 percent.

The slew of distressing signs under this heading demonstrate just how difficult it was for Cole residents to help their kids excel. While the number of high-quality early childhood education centers rose to eighteen in the 2015 analysis, about a 50 percent improvement, the percentage of three- and four-year-olds enrolled in nursery school, preschool or kindergarten actually sank, from 50.5 percent to just 39.8 percent.

Likewise, third-grade math and reading proficiency both tumbled, by approximately 15 percent and 17 percent, respectively. And the percentage of students in elementary schools eligible for free or reduced-price lunches, a key measurement of poverty, went from a stunning 91.7 percent to an even worse 93.1 percent.

Somehow, though, the high school graduation rate increased between the surveys — 62.8 percent to 74.5 percent — and the percentage of adults 25 or older with at least a college degree went from 21.3 percent to 31.0 percent. Of such things is gentrification born.
KEEP WESTWORD FREE... Since we started Westword, it has been defined as the free, independent voice of Denver, and we'd like to keep it that way. With local media under siege, it's more important than ever for us to rally support behind funding our local journalism. You can help by participating in our "I Support" program, allowing us to keep offering readers access to our incisive coverage of local news, food and culture with no paywalls.
Make a one-time donation today for as little as $1.