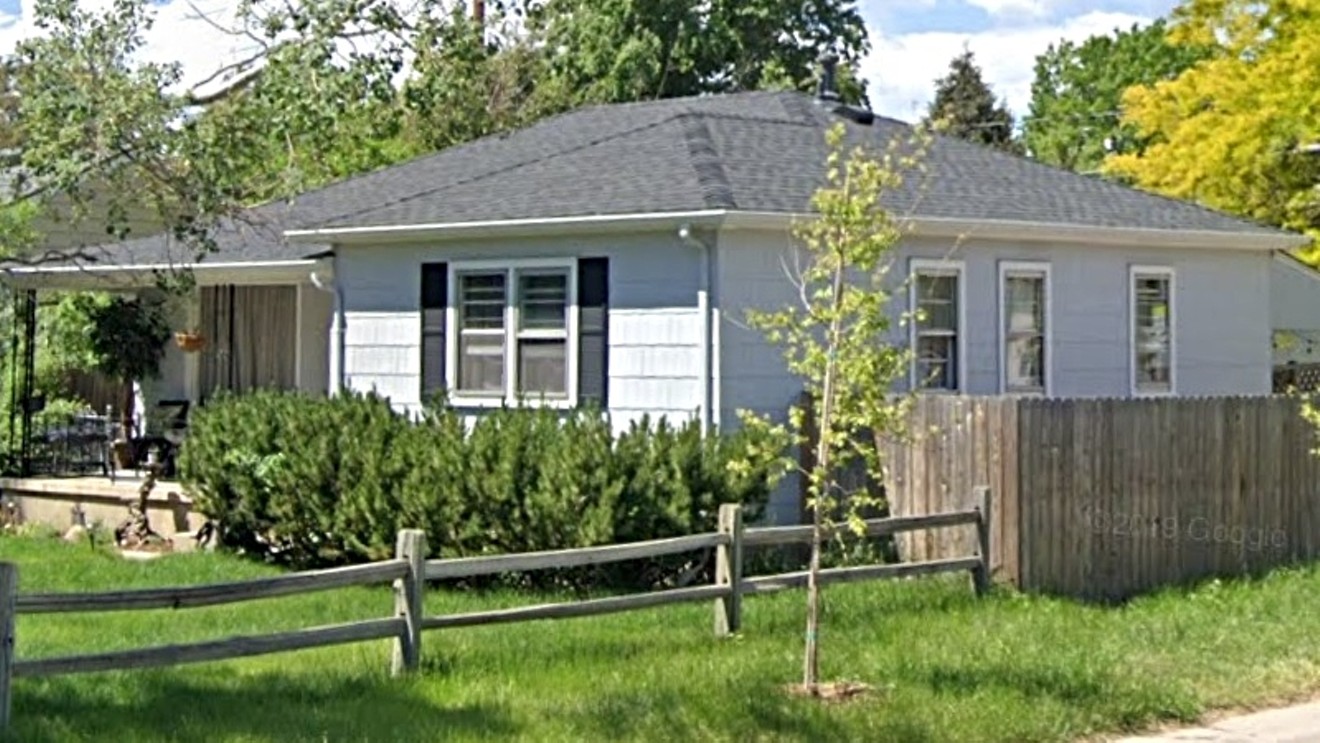 This five-bedroom, two-bathroom, 1,967 square-foot house at 2705 South Gilpin Street is listed at $675,000, currently near the average price for a Denver area home for sale. Google Maps
Up, up and away — again. According to the just-released April market trends report from the Denver Metro Association of Realtors, the average price of a detached home in the Denver area currently sits at $674,990, an increase of more than $40,000 over last month and in excess of $100,000 above the same period a year ago.

The shortage of available homes has caused a feeding frenzy that is having very real consequences for people seeking a place to call their own.

"The Greater Denver Metro housing area proved that buyers are having to make emotional decisions to rise above the competition," the DMAR notes, "with nearly every statistic in the report justifying how much competition there is for buyers as well as how far they are willing to take their offers to secure a home."

The association describes the current scenario as an "unwavering seller's market," and it's got the figures to back that up. In the past, many buyers have waited out the winter before getting more serious in the spring about making purchases. This year, however, the typically slow cold-weather months were red-hot, suggesting that the next few months will be even crazier than usual.

Low inventory is certainly an important driver behind what's happening. Active listings for detached homes in Denver at the end of March stood at 1,122, a bump of just two from the 1,120 in February, but more than 70 percent lower than the 3,829 available homes counted a year earlier.

A graphic from the report, which runs from the start of 2008 to January 2021, puts this plunge in historic perspective. The yellow line corresponds to active listings, while the blue line shows sales that closed during the respective months:

Denver Metro Association of Realtors
The 4,058 new listings for March jumped by more than 31 percent from February's number, showing that many sellers were eager to get in on the excitement. But demand definitely outstripped supply. At month's end, pending sales hit 4,064 — six more than the number of new listings — and 3,272 deals had already been closed.

Nonetheless, properties are being snapped up at a dizzying pace. The average number of days that a detached home for sale appeared in the area's Multiple Listing Service, or MLS, was just fifteen days in March, down from nineteen in February and 29 in March 2020.

Why aren't more people waiting until the market calms down? Andrew Abrams, chair of DMAR's market trends committee, has a simple answer: "Theoretically, this month’s report shows that if a buyer waited just one month to buy a $500,000 property from the end of February to the end of March, they would have had to pay $35,000 more for that property."

Holy shit. Click to read the Denver Metro Association of Realtors' April 2021 market trends report.
KEEP WESTWORD FREE... Since we started Westword, it has been defined as the free, independent voice of Denver, and we'd like to keep it that way. With local media under siege, it's more important than ever for us to rally support behind funding our local journalism. You can help by participating in our "I Support" program, allowing us to keep offering readers access to our incisive coverage of local news, food and culture with no paywalls.
Make a one-time donation today for as little as $1.