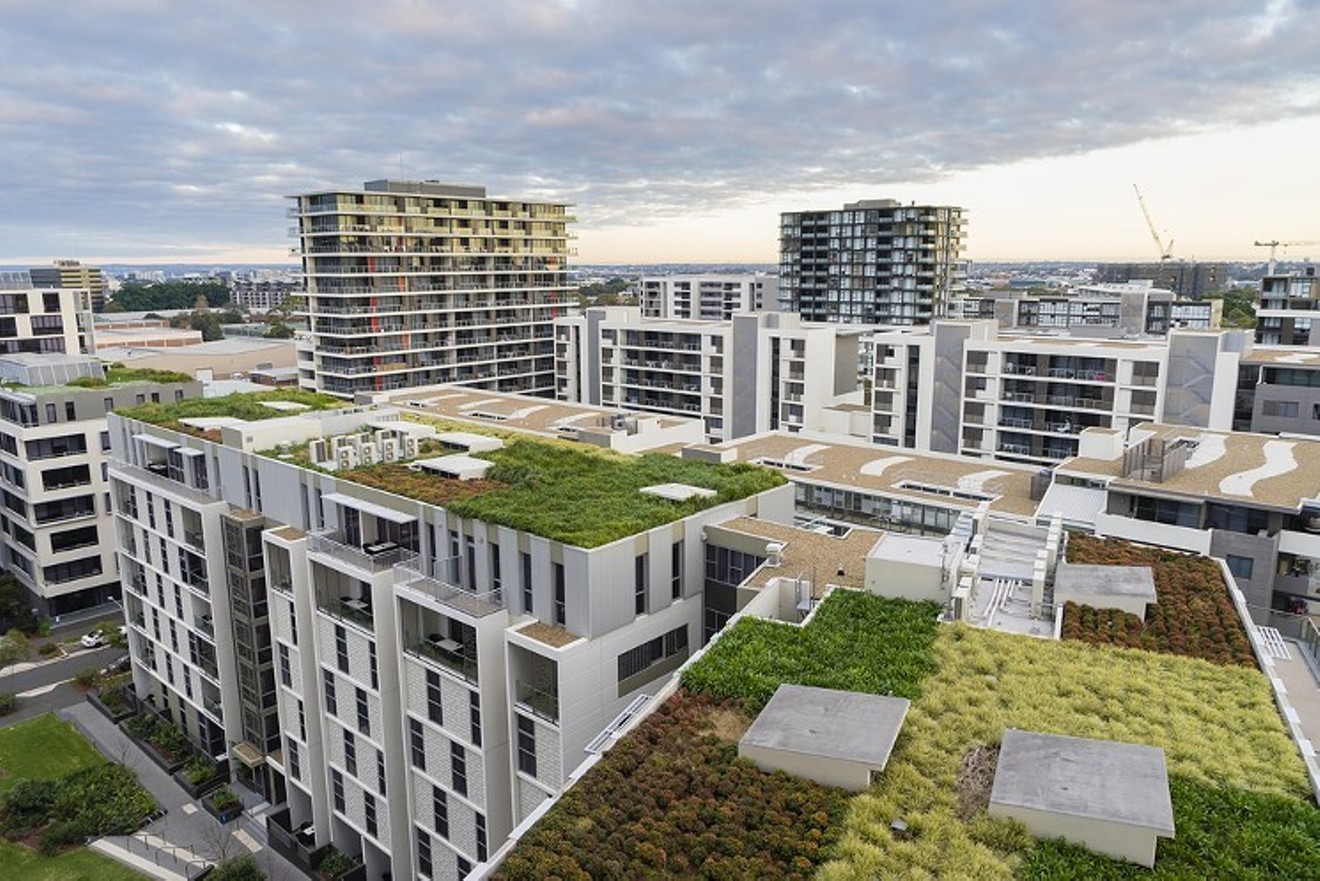 It was a large meeting by any standard, particularly for one involving civic affairs. On Thursday, October 11, the Green Roof Initiative task force met before a packed house at the Denver City and Council Building (so packed, in fact, that the designated overflow room, Denver City Council chambers, looked like it was hosting a meeting of its own) to discuss and decide whether to move the revised green-roof ordinance to the full council.

In November 2017, voters passed Initiative 300, which required green roofs, solar panels or some combination of the two on new buildings and on existing buildings over 25,000 square feet of gross floor area that are replacing their roofs. Based on a green-roof ordinance in Toronto, however, Denver's initiative didn't entirely compute with the challenges and needs of this area, a problem that the ordinance's main backer even admitted. So a task force was convened to essentially overturn and amend the ordinance.

After thirty hours of meetings and countless hours spent on research throughout the year, the task force agreed to send a much-discussed new version of the ordinance to council for a vote. 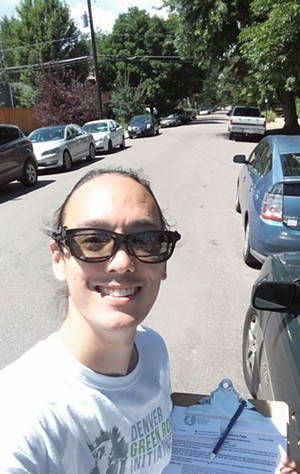 The initiative's main backer, Brandon Rietheimer.
I-300's Facebook page
The new ordinance essentially replaces the "green roof" mandate with a call for a "cool roof," which the task force defines as a roof (or a portion of one) that reflects the sun's rays, thus reducing the urban heat island effect. About 70 percent of Denver's buildings already utilize cool roofs, but that remaining 30 percent "isn't insignificant," said Katrina Managan, energy-efficient buildings lead for the Denver Department of Public Health and Environment, at the meeting.

In addition to incorporating cool roofs, developers of new buildings must adopt one of several other mandates. At their most basic, they include implementing on-site solar panels, buying renewable-energy credits off-site, meeting certain energy consumption limits, being LEED certified, incorporating green spaces with renewable-energy devices and incorporating green space on the ground. Existing buildings face a similar set of criteria if and when their roofs are replaced, including implementing a cool roof and green space covering on the building, solar panels or seeking LEED certification.

If a new or existing building opts out or is found to be incapable of implementing the requirements, its owner must pay into a fund that the city will dip into for environmentally friendly projects, such as green-space acquisition and improvement, water-quality improvement and more. The city recommended increasing the amount that developers pay per square foot from between $17 and $25 to $50, because the original numbers wouldn't have amounted to anything significant, Managan said.

Members of the roofing industry who opposed the cool-roof mandate dominated the public-comment period, arguing that a one-size-fits-all approach wouldn't work for development in Denver. In response, task force co-chairman and Denver City Council President Jolon Clark noted that no industry likes mandates.

Initiative 300's main backer, Brandon Rietheimer, took to the podium to commend the task force for the revised ordinance, reminding members that, despite the industry's opposition to cool roofs, voters approved the green-roof initiative out of concern for Denver's environment, and the task force is obligated to act on their wishes.

"I started this initiative with the idea of helping the city reach its 2020 sustainability goals," he said. "Throughout the campaign, we realized there were some unintended consequences with the way it was written. ... Together opponents and proponents crafted what I believe to be a much stronger and more impactful green building policy.

"[Cool roofs] are by far the biggest compromise we had to come to," he continued. "The people of Denver passed a green-roof policy...and by us compromising and coming to this agreement with the white roofs, we felt that the benefit of [combating the] heat island, which is the biggest threat, was still achieved."

Councilwoman Mary Beth Susman, co-chair of the task force, closed the meeting by arguing that the ordinance should have a provision in which council reviews its impact on Denver's climate every so often and considers new, more efficient technology that will inevitably emerge in the future.

The seven council representatives on the task force unanimously passed the proposed ordinance to the full council; no date has been set for the final vote.

Update: We've clarified that the city, not the task force, suggested the $50 fee and have added the green roof compliance option.
KEEP WESTWORD FREE... Since we started Westword, it has been defined as the free, independent voice of Denver, and we'd like to keep it that way. With local media under siege, it's more important than ever for us to rally support behind funding our local journalism. You can help by participating in our "I Support" program, allowing us to keep offering readers access to our incisive coverage of local news, food and culture with no paywalls.
Make a one-time donation today for as little as $1.