Sixteen Fox31 Stars Have Left Station Since Last Year, and Another Is Splitting Soon 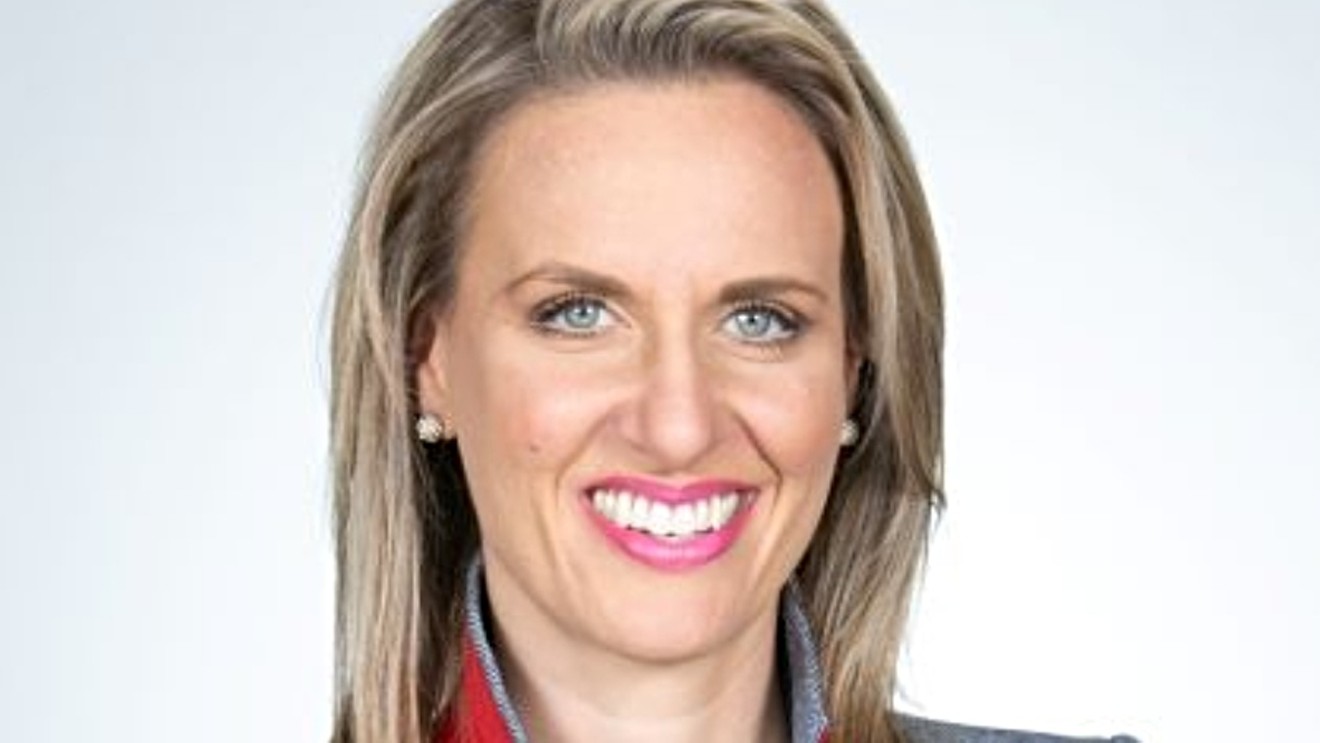 The portrait of Lori Jane Gliha that accompanied the press release about her new position with the E.W.Scripps Company. scripps.com
On September 1, Lori Jane Gliha, a high-profile investigative reporter for Fox31, became at least the sixteenth on-air personality to leave the station since early 2021 — and she won't be the last. Another longtime station favorite will also be departing soon, according to multiple sources, and the individual's position is already being advertised.

That exit will be the seventeenth from Fox31 and partner signal KWGN/Channel 2 in around eighteen months.

Many businesses have experienced more than the usual amount of employee comings-and-goings since the COVID-19 pandemic, and local-TV outlets are no exception. But the number of people who've decamped from Fox31/Channel 2 has been conspicuous even under these circumstances.

Since early 2021, Westword has conducted interviews with five Fox31/Channel 2 on-air personalities who've moved on: Natalie Tysdal, Sam Boik, Matt Makens, Kevin Torres and Michael Konopasek. And earlier this week, a post spotlighted ex-reporter Aimee Lewis, who's created a podcast that serves as a devastating takedown of local TV news. "I can’t stop bad things from happening to good people," Lewis says in one episode. "But I can stop advertising it."

Former sports reporter Brooks, like several other members of this group, shared thoughts about leaving Fox31 on social media, writing on May 26: "You've heard it many times before, but us sports people...we love our jobs so much, but sometimes it just doesn't love you back. Local TV is a GRIND, but it has made me who I am today. I've met some of my best friends. Been to three amazing markets. It's time to go somewhere familiar, though...and that's back to Spokane. My fiancé is taking a fulltime job in the Air Force, and he is so incredibly deserving. He's my biggest fan, but it's time to step away from local TV. As far as what's next.... You'll find out soon. For now, I'm going to enjoy some wedding festivities and get ready to become MRS. SCHEIB!"

Gliha took a much more lower-key approach, simply tweeting out a press release about her new gig — national investigative correspondent for Scripps Networks, owned by the E.W. Scripps Company — without additional commentary. But the release speaks volumes, pointing out that Gliha served as a "national correspondent for Al Jazeera America’s flagship news magazine program, America Tonight" before joining Fox31 and noting that she's "nationally recognized for her exclusive, in-depth investigations, hard-hitting interviews and continuous coverage of important issues. She has reported from more than thirty states and five countries, covering marijuana laws in Jamaica; the victims of downed flight MH-17 in the Netherlands; the revitalization of the Colorado River Delta in Mexico; the water crisis in Flint, Michigan; the unrest in Ferguson, Missouri; the influx of Central American migrants at the border; ATF’s controversial Fast and Furious case; and more."

When contacted about Gliha's exit, Fox31 news director Brian Gregory wrote via email that "I don’t really have anything to add." But in a statement provided to Westword, Gliha offers kind words about her last employer. "I'm grateful for the incredible experience I had at Fox31," she says. "The support from my colleagues and managers enabled me to do some of the best journalism of my entire career."

She adds: "When a tremendous opportunity comes your way, like it has for me, you seize the chance to continue growing, learning and producing impactful journalism. I'm joining an incredibly intelligent national reporting team at Scripps where investigative journalism is a priority. Now, I not only will have the opportunity to continue shining light on important issues in Colorado communities but also in neighborhoods across the country."

This post has been updated to include a statement from Lori Jane Gliha.
KEEP WESTWORD FREE... Since we started Westword, it has been defined as the free, independent voice of Denver, and we'd like to keep it that way. With local media under siege, it's more important than ever for us to rally support behind funding our local journalism. You can help by participating in our "I Support" program, allowing us to keep offering readers access to our incisive coverage of local news, food and culture with no paywalls.
Make a one-time donation today for as little as $1.