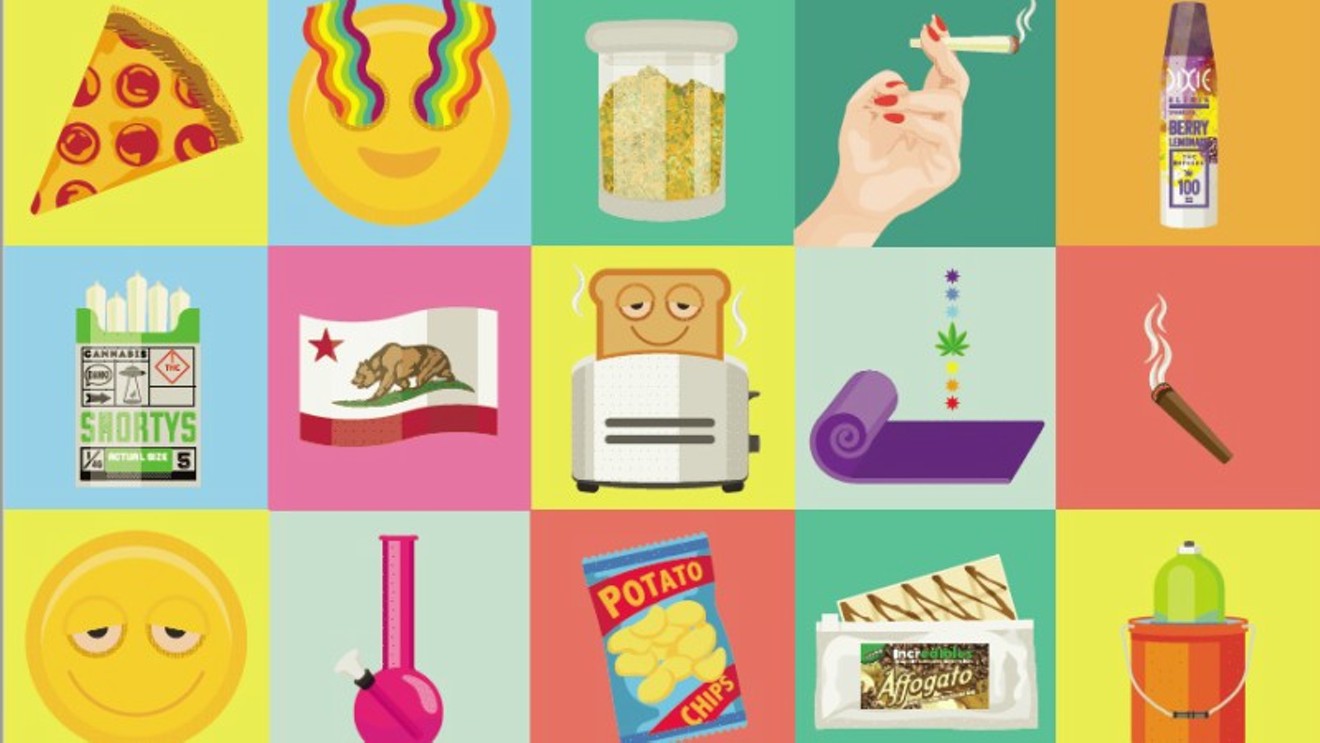 An assortment of Kushmojis developed by Cannabrand. Courtesy of Cannabrand
At this writing, thirty states and the District of Columbia have legalized some form of marijuana, be it recreational, medical or both, with Colorado having been in the latter category for more than four years. Nonetheless, Facebook and Instagram continue to make it difficult for cannabis businesses to advertise and promote themselves on the platforms. The scenario causes frustration within the industry even as it forces marketers to come up with clever ways to get around restrictions.

In Colorado, social media would seem to be especially attractive for marijuana businesses, since other forms of advertising are so heavily restricted, especially in comparison with some recreational-cannabis states. Indeed, Westword actually joined a 2014 lawsuit on the subject. But Facebook has mighty stringent standards of its own.

"Typically, Facebook doesn't like cannabis, because they view it as an illicit substance, and their bylaws say they can't promote illicit substances," says Olivia Mannix, founder and CEO of Cannabrand, which describes itself as the world's first cannabis marketing agency. "So they have algorithms that flag any terms or words that relate to cannabis."

In addition, she continues, "Facebook also owns Instagram, and there have been quite a few issues in the past over cannabis pages being shut down — not just dispensaries with storefronts, but also ancillary companies that are promoting cannabis."

Olivia Mannix, founder and CEO of Cannabrand.
Facebook
This can be particularly problematic for businesses that "try to run a banner ad or boost a post," Mannix notes. "Facebook's business model is made with the monetization of ads, so the more you pay, the more exposure you're supposed to get for your brand — and that puts the cannabis industry in a difficult situation. We have to maneuver around the constraints and find ways to publish ads without being shut down or flagged."

One method, Mannix says, "is to be very strategic and creative in terms of the vernacular you use within the ads. You have to make sure you're not using overly cannabis-related rhetoric such as weed, ganja, pot — or even marijuana or cannabis. You have to skip around the main words to get your messaging to work."

The key for businesses, she emphasizes, is "keeping their Facebook pages very educational — not using any jokes that would potentially appeal to children or anything that could be seen as too promotional or that's trying to be too humorous."

Other social-media platforms are easier for cannabis businesses to use. Mannix hasn't heard a lot of negative feedback from clients about Twitter, Snapchat or Duby, a social-networking application themed to marijuana. 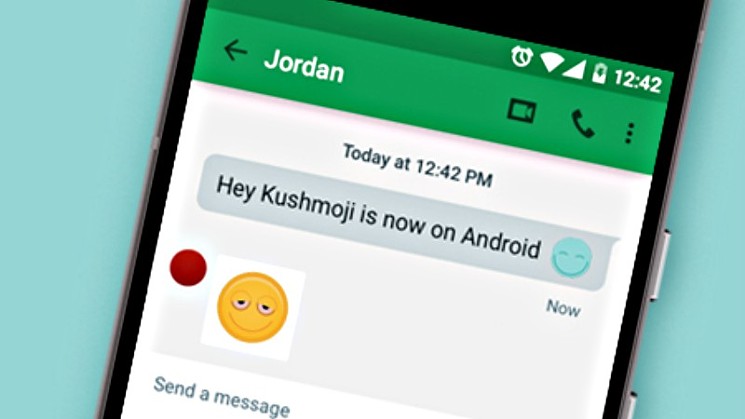 Kushmojis are available on multiple platforms.
Courtesy of Cannabrand
And Cannabrand has also developed an alternative of its own — Kushmoji, which Mannix describes as "a marketing ad platform you can use to engage with customers. It's free to download on iTunes and Google Play, and it lets brands have their own emojis for their products. It doesn't use Facebook or Google at all. Kushmoji is its own entity, with its own IP. We have over 100 brands on board, more than 10,000 downloads, a sticker pack for iPhone, and we just launched on Android."

As for Facebook, Mannix is surprised the company is still sticking to its restrictive practices so many years down the road.

Maybe so — but the brains at Facebook still aren't ready to go there yet.