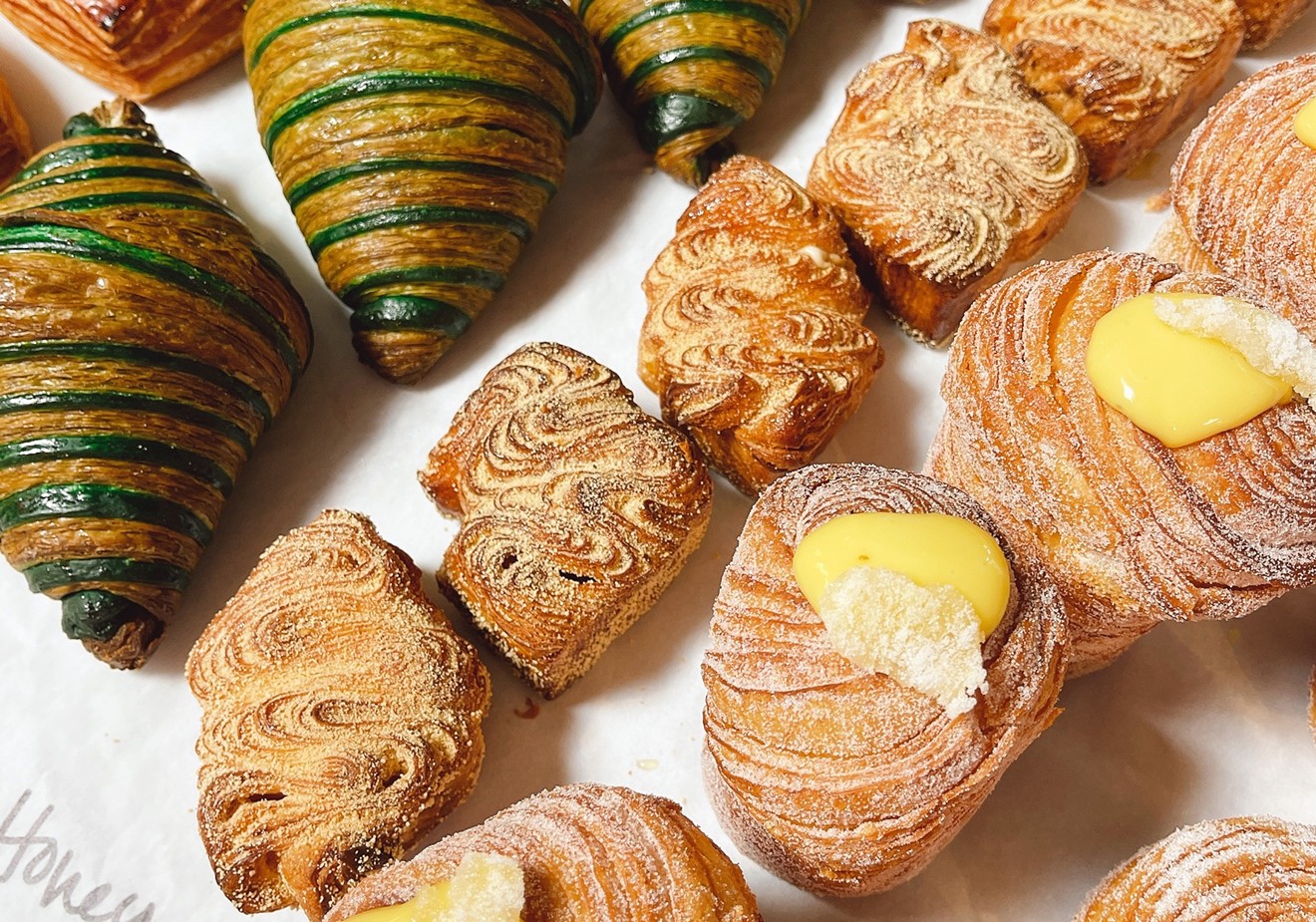 Along with a tattoo studio, an axe-throwing space and a virtual reality arcade, there are three fresh food options.

Since mid-September, KC Christian's It's a Bodega has had a temporary spot at the food hall, where the shop sells snacks from around the world as well as vintage sneakers and other goods. This is the ultimate place to satisfy your munchies, with everything from chips in flavors like crab fried rice and mayo to matcha Kit Kat bars and bubble gum sparkling soda. The pop-up is scheduled to stay open until the end of the year, though it may be extended beyond that. 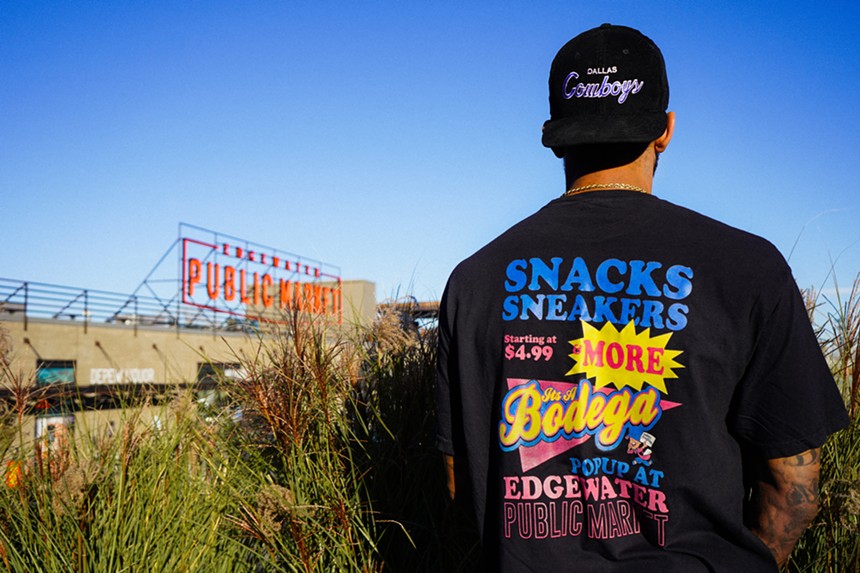 It's a Bodega sells snacks from around the world.
Edgewater Public Market
Also joining the lineup is Saints and Sinners, which took over the Amethyst Coffee space; it's run by the team behind Barbed Wire Reef and another Edgewater Public Market business, Carnivore Taqueria. Currently in soft-opening mode, this coffee shop will also offer food options including waffles — served on a stick or as savory sandwiches — along with acai bowls. Once it's fully up and running, Saints and Sinners will open at 8 a.m. daily.

Rounding out the new additions is Black Box Bakery, which was founded by Megan Read and Arielle Israel in 2019. The duo's eye-catching pastries have proven popular, though the operation has largely focused on wholesaling its goods to restaurants and coffee shops. Now it'll be far easier to get a taste of Black Box's stellar croissants and other goodies. This permanent space, which will also serve coffee, tea and other drinks, should be open by the end of the year. In the meantime, catch Black Box at its weekend morning pop-ups at the market.

Other area food halls are making changes, too. In September, Zeppelin Station rebooted with five new concepts; last month, we learned that the former Broadway Market space will be used for a virtual Asian food hall. And both of Avanti's locations welcomed new eateries recently, with Bowls by KO debuting in Denver and Top Chef alum Byron Gomez's Pollo Tico opening in Boulder.

Up next on the food-hall scene: Morris & Mae. Just minutes from Red Rocks, the food hall is set to open later this month with tenants that include Mac Nation, Kiki's Fresh Bowls, La Rosita, the Alpine House and Gold Mine Cupcakes.
KEEP WESTWORD FREE... Since we started Westword, it has been defined as the free, independent voice of Denver, and we'd like to keep it that way. With local media under siege, it's more important than ever for us to rally support behind funding our local journalism. You can help by participating in our "I Support" program, allowing us to keep offering readers access to our incisive coverage of local news, food and culture with no paywalls.
Make a one-time donation today for as little as $1.