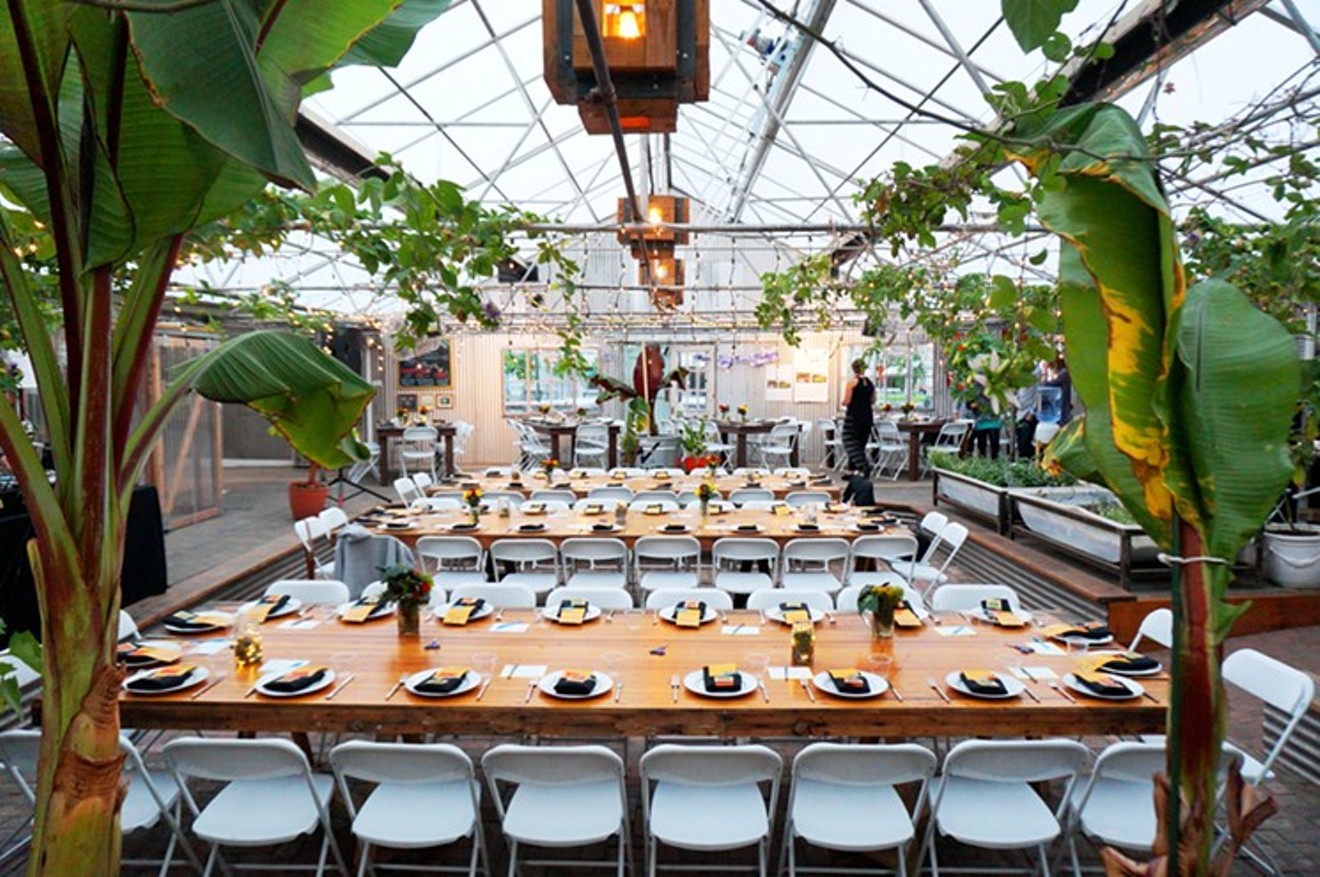 Harvest Week won't be at the GrowHaus this year; instead, you'll be able to enjoy Colorado's bounty at local restaurants. Mark Antonation
The GrowHaus isn't growing vegetables this year, and it doesn't have a permanent house of its own, since its former headquarters and greenhouse at 4751 York Street were deemed structurally unstable in February. But throughout the pandemic, the nonprofit organization has continued to support the Globeville and Elyria-Swansea communities with fresh — and often free — food from local farmers and producers.

The GrowHaus still needs money to maintain its mission, though, and one of its biggest annual fundraisers, Harvest Week, is quickly approaching. For the past twelve years, EatDenver has put on Harvest Week at the beginning of fall to showcase the talents of Denver chefs and the products of Colorado farmers, ranchers, brewers, distillers and winemakers; for the last ten of those years, Harvest Week has taken the form of a series of ticketed dinners held at the GrowHaus. Now, with no physical space and current COVID-19 regulations prohibiting large gatherings, EatDenver is rolling back the clock to Harvest Week's beginnings, when restaurants all over town put Harvest Week specials on their menus to share the autumn bounty.

Katie Lazor, executive director of EatDenver, says that this is a good time to return to the old format for several reasons. "This year offers a fun opportunity for more restaurant customers and chefs to participate and support the entire food system in Colorado that's been hit hard because of the pandemic," she explains.

Last year was one of the most successful Harvest Weeks ever. The week of dinners at the GrowHaus netted $60,000, split evenly between EatDenver, which advocates for independent restaurants in the city, and the GrowHaus, which believes that "healthy food is a right for all, not a privilege for some," according to executive director Kayla Birdsong.

This year, more than 35 eateries will be offering Harvest Week specials from September 24 to October 4; the complete list of restaurants can be found at harvestweek.com. Once the event kicks off, contact the individual restaurants for reservations or online ordering — and ask for the Harvest Week special to make sure your dollars go toward supporting independent Denver restaurants and healthy food access for all.
KEEP WESTWORD FREE... Since we started Westword, it has been defined as the free, independent voice of Denver, and we'd like to keep it that way. With local media under siege, it's more important than ever for us to rally support behind funding our local journalism. You can help by participating in our "I Support" program, allowing us to keep offering readers access to our incisive coverage of local news, food and culture with no paywalls.
Make a one-time donation today for as little as $1.