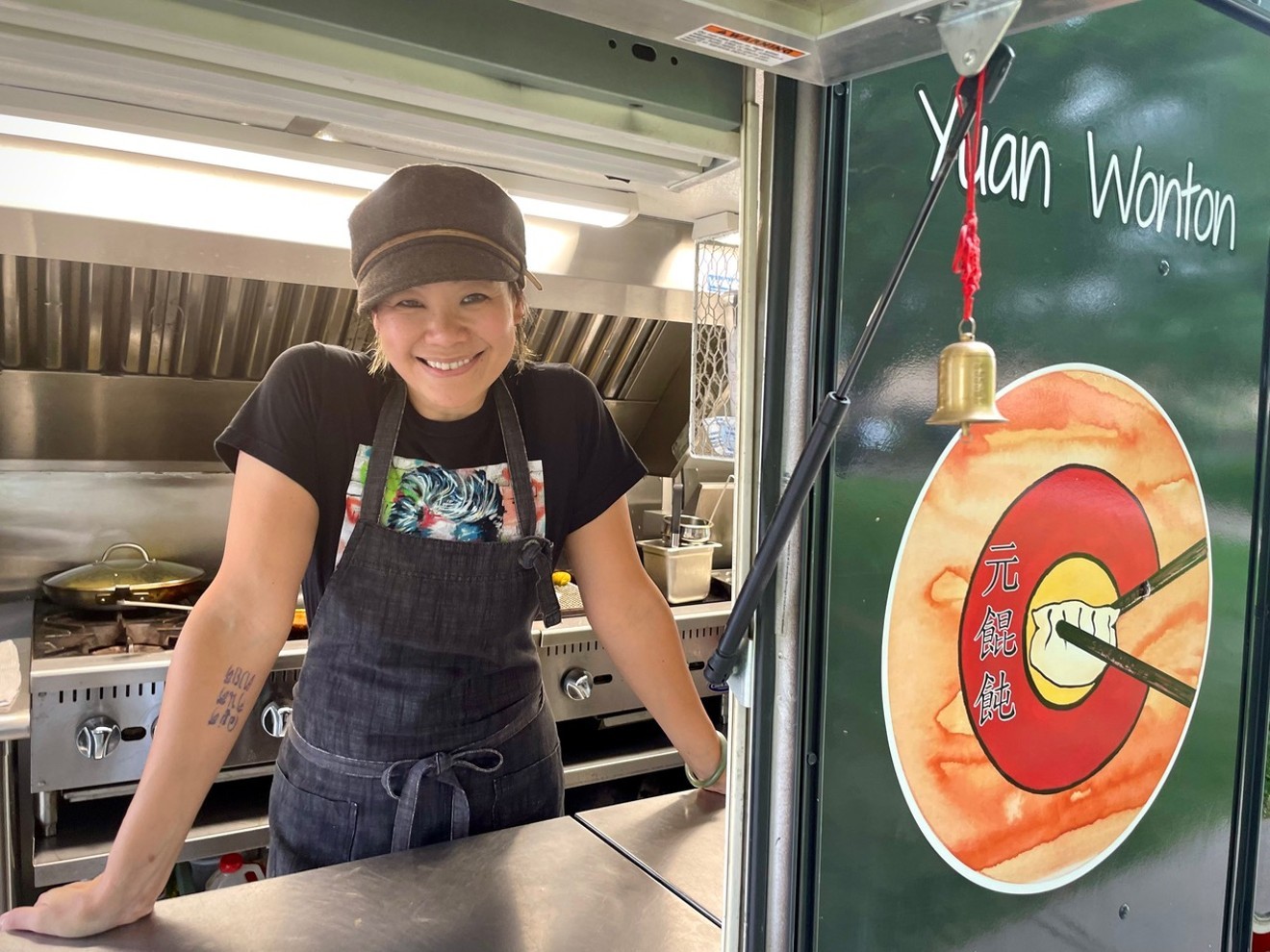 Penelope Wong of Yuan Wonton is a semifinalist for Best Chef: Mountain. Courtesy of Penelope Wong
On January 25, the James Beard Foundation announced the semifinalists for its 2023 awards, with thirteen Colorado chefs and restaurants making the cut.

This year, Jose Avila, who was a 2022 semifinalist for his Sunday-only El Borrego Negro series, again makes the list — but this time for his RiNo eatery, La Diabla Pozole y Mezcal. Three other Denver chefs are semifinalists as well, along with C. Barclay Dodge of Bosq in Aspen: Cindhura Reddy, co-owner of Spuntino; Penelope Wong, who owns the popular food truck Yuan Wonton (and was one of our top people to watch in 2023); and Michael Diaz de Leon of BRUTØ, which is part of the Id Est Hospitality Group owned by Kelly Whitaker.

Whitaker and his crew have even more to celebrate, as the chef is a semifinalist for Outstanding Restaurateur; the group just opened its latest concepts, the connected Hey Kiddo, Ok Yeah and the Rooftop on Tennyson Street.

Bo Porytko, who also recently opened a new venture, Molotov Kitschen + Cocktails, is in the running for Emerging Chef for Misfit Snack Bar, his eatery inside Middleman on Colfax.

Dana Rodriguez, a three-time semifinalist — in 2015, 2016 and 2018 — as well as a finalist in 2020 and 2022, nabbed a nomination once again, this time for Outstanding Chef for Super Mega Bien at the Ramble Hotel in RiNo. She also owns Work & Class and Cantina Loca, and is the executive chef of Casa Bonita 2.0, which is expected to open in May under new owners Trey Parker and Matt Stone of South Park fame. Also vying for Outstanding Chef is Josh Niernberg of Bin 707 Foodbar in Grand Junction.

One big surprise on the list: Friar's Fork in Alamosa, which opened quietly last year in a refurbished church in the San Luis Valley and is a semifinalist for Best New Restaurant.

While Boulder's Frasca has raked in plenty of love from the Beard Foundation in previous years, the group's only appearance on the list this time is for its Union Station wine bar, Sunday Vinyl, which is up for Outstanding Wine and Other Beverage Programs.

Ismael de Sousa, whose Reunion Bread was named one of the 50 Best New Restaurants in the country in 2019 by Bon Appétit, nabbed his first James Beard nomination for Outstanding Pastry Chef or Baker.

Rounding out the Colorado semifinalists is Palisade's Pêche, which made the cut for Outstanding Hospitality.

Finalists for the awards will be revealed on Wednesday, March 29, and winners announced at the James Beard Restaurant and Chef Awards Ceremony on Monday, June 5, at the Lyric Opera of Chicago. Best Chef: Mountain
Jose Avila, La Diabla Pozole y Mezcal, Denver, CO
Michael Diaz de Leon, BRUTØ, Denver, CO
C. Barclay Dodge, Bosq, Aspen, CO
Cindhura Reddy, Spuntino, Denver, CO
Penelope Wong, Yuan Wonton, Denver, CO
KEEP WESTWORD FREE... Since we started Westword, it has been defined as the free, independent voice of Denver, and we'd like to keep it that way. With local media under siege, it's more important than ever for us to rally support behind funding our local journalism. You can help by participating in our "I Support" program, allowing us to keep offering readers access to our incisive coverage of local news, food and culture with no paywalls.
Make a one-time donation today for as little as $1.