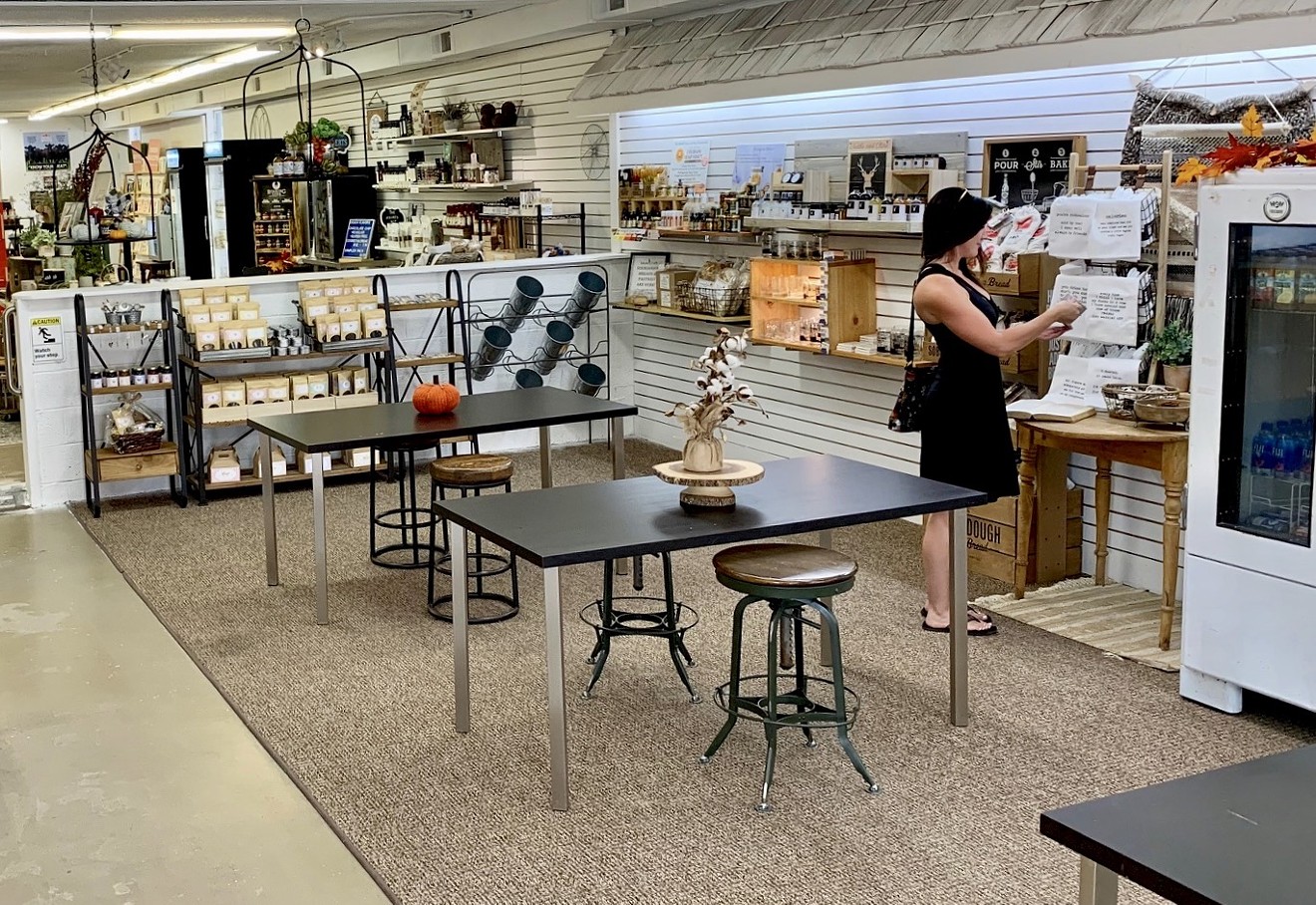 "I opened at the beginning of August, and it's been fantastic," says Clement, who took over the building previously occupied by Bennington Mercantile. "The community has rallied behind us. There's a lot of support, and old customers are thrilled I didn't close, I just moved."

The first time Clement had the idea to open a market selling local produce, meats and goods, she was busy wrangling three young sons and looking for a community spot to meet other parents where she lived in Massachusetts. She found it in a market that had a little cafe, and in the back there was a kids' corner. It was in that moment that she knew she wanted to run her own place like it. But first her path took her and the boys from the East Coast back home to California, and then to Castle Rock. She still hadn't launched the shop, but that all changed in November 2017, when she lost her corporate job. 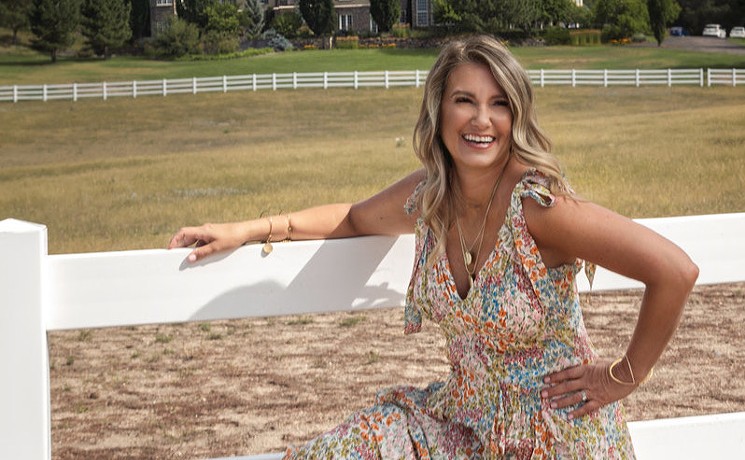 Melissa Clement, founder of Mercantile by Farmgirl Foods.
Wonderstruck Photo
"I literally drove straight from my boss's house to the Emporium in Castle Rock to find out if they has a space to start my shop," she says. And they did, a small ten-by-ten-foot booth. She opened Farmgirl Foods there and ran it for a year before moving to a larger space in Ecclesia Market, which opened in 2019.

Getting a piece of this longtime dream was part of what made the closing of Farmgirl Foods such a hard decision. After the pandemic hit and businesses were in shutdown mode, Clement actually had a profitable early spring. Everyone wanted to buy her local meat and groceries via curbside pick-up, and sales went from around $8,000 a month to $2,000 each day. In six weeks she sold 700 pounds of flour. But that boom didn't last long.

"It was great, and then in May, everyone went back to King Soopers," says Clement. "So I decided to close my shop, go online and go back to the [charcuterie] classes I teach."

Luckily for Farmgirl Foods fans, the hiatus was short-lived. Thanks to a fellow customer who wanted to open a food truck lot in the historic grain mill attached to the Bennington property, Clement was able to bring her original dream into its full glory. At first, though, it felt a little daunting to go from a 500-square-foot shop inside a larger market hall to filling a 2,700-square-foot space. Mercantile by Farmgirl Foods is there for Castle Rock shoppers looking for Colorado-made goods.
Nick Lucey

"My customer said, 'Run it like a farmers' market,' and that made sense," says Clement. "There are no markets in downtown Castle Rock, and I want to be the gal on the corner you run down to for a dozen eggs or a gallon of milk."

Now 59 unique vendors have products on the shelves at Mercantile by Farmgirl,  many of them Colorado-made, including Sati Cold Brew, Merfs Hot Sauce, Blonde Beards Buffalo Sauce, Olde Man Granola and Sauercraft Sourdough Breads & Pastries. There's also fresh-churned European-style butter by Sawatch Artisan, meat and produce from Black Sheep Pastures, and many other fresh goods. The market also has a Charcuterie 101 class taught by Clement — the start, she says, of a line of educational courses about food and beverages that she wants to launch with other experts. "It's great to help other people build their businesses, and they're all so different," she says. "People come into the market and ask me what is my favorite thing is, but you're asking me to pick between my children. I love them all."

As for the name, it's a direct tip of the hat to the Bennington family and the wonderful market before Clement's. She also wanted to keep Farmgirl Foods in the name so her loyal customers could find her, and to build her own little legacy in the community.

"Every single day, I love walking into the shop and seeing the customers; it makes me feel good," she says. "I tell my staff I want people to feel like they have been embraced with a warm hug, and I want them to come back."

It's not just food and products guests can buy at the venue. Clement is happy to share recipes and swap ideas on, for example, all the things you can make with jam. The market is currently open from 10 a.m. to 6 p.m. Monday through Saturday, and from 10 a.m. to 4 p.m. on Sundays. Once the holidays get closer, the hours will extend, and there will be special holiday shops added.

Mercantile by Farmgirl Foods is a far cry from the Massachusetts shop that started Clement on her journey. But now that her kids are more independent, it's the perfect spot to live out her dream.
KEEP WESTWORD FREE... Since we started Westword, it has been defined as the free, independent voice of Denver, and we'd like to keep it that way. With local media under siege, it's more important than ever for us to rally support behind funding our local journalism. You can help by participating in our "I Support" program, allowing us to keep offering readers access to our incisive coverage of local news, food and culture with no paywalls.
Make a one-time donation today for as little as $1.