Restaurant Roll Call: Every Opening and Closing in September 2022 Domo was one of Denver's most stunningly appointed restaurants, with a Japanese country-house motif. Danielle Lirette
The dining scene saw a lot of action last month, with over thirty spots opening in September. But while there are plenty of new reasons to be excited about eating and drinking in Denver these days, big losses keep coming, too.

One closure proves that sometimes you can have too much of a good thing. After months of uncertainty, we confirmed that Japanese eatery Domo is done, a fate sparked by a viral TikTok video last year that drew huge crowds to the small restaurant and its gorgeous garden space. Overworked and understaffed, owner Gaku Homma ultimately decided to close Domo and focus on other ventures, including traveling to support the projects being run by his nonprofit, the Aikido Humanitarian Active Network.

Local 46 closed on the last day of September; it had known that its days on Tennyson were numbered since a new owner had purchased its building with plans for redevelopment. But Black Project Brewery on South Broadway unexpectedly announced its closure, too, with owner James Howat citing a decrease in foot traffic as one of the factors that led to the decision.

The Pueblo-themed bar Fuel & Iron, which opened just five months ago, wasn't drawing crowds to its downtown location, either. The space's previous tenant, Brass Tacks, had shuttered last year in large part because of decreased traffic during the pandemic, and it didn't pick up under a new identity. Now the Victorian storefront is slated to reopen as Honor Farm, a new concept from the team behind the Electric Cure and Hell or High Water, the tiki bar it's been running on the mezzanine of the Blake Street building. Honor Farm will lean into the space's haunted reputation, which may be what it needs to bring in more business.

Another new spot betting on downtown is Pirate Alley Boucherie, which opened in the Ice House building near Union Station. But as has been the trend all year, many of the other openings were in the suburbs, including two new Thai spots, La Mai Thai Kitchen in Edgewater and Mountain Thai Kitchen in Broomfield.

The September openings also included a slew of bakeries: Hearth, the Botanical Bakery of Denver, La Belle French Bakery, Scandanavian-inspired Süti & Co. in Boulder and the bakery half of French eatery Noisette all debuted, giving Denver diners plenty of excuses to stock up on pastries and other treats this fall.

In other openings-and-closings news:
Here's the complete list of restaurants and bars that opened and closed in September: 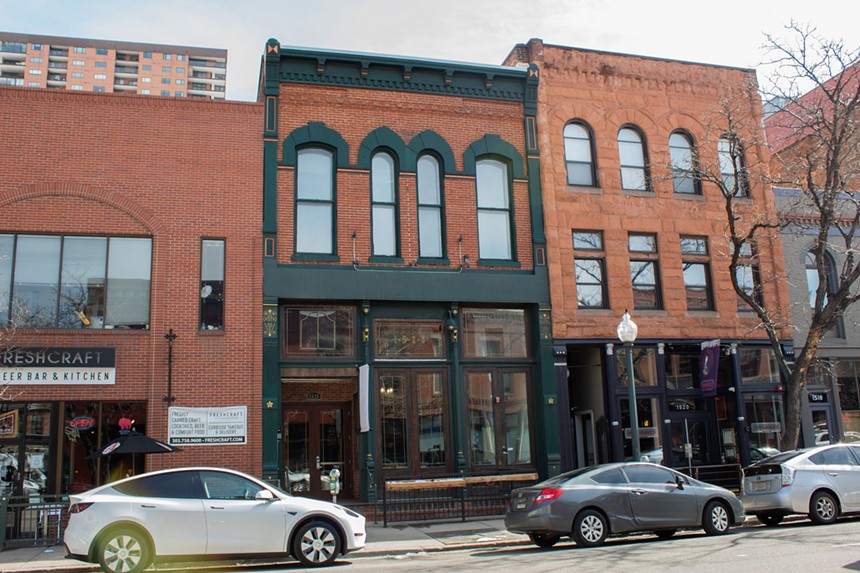 Restaurants and bars that closed in September:*