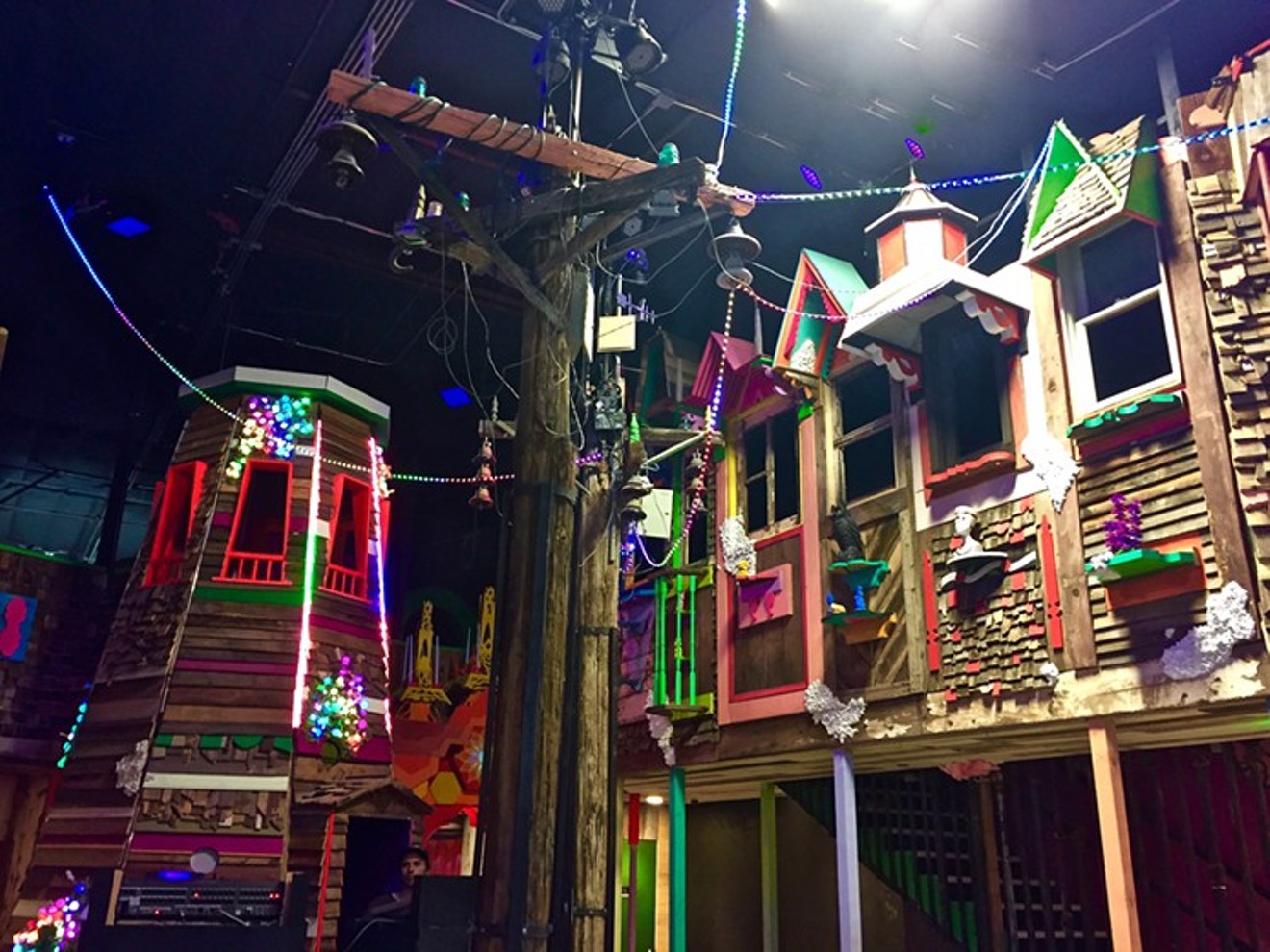 Meow Wolf has put Santa Fe's innovative art scene in the map. Bree Davies
Meow Wolf could roar into Denver one day. A crew from the Santa Fe arts sensation was in the Mile High City this week, scouting locations and exploring the local arts scene, a mission that included sitting in on the Amplify Arts Denver town hall on January 10.

"There's a lot of momentum happening in Denver," says Vince Kadlubek, one of the founders of Meow Wolf. "Denver is amazing. You can sense this energy of creativity, of self-initiative. There's a pride around keeping Denver special, keeping it unique. From people who we've talked to, that's really been a consistent theme."

And it's a theme that Meow Wolf would embrace if it opens an outpost here. "We've been having success in Santa Fe, a pretty small market, and we've started to take the steps to look at other markets and explore possibilities of Meow Wolf in a large city," Kadlubek says. Denver is one of the places the group is looking at; so are Austin and Las Vegas.

But Denver could have an edge, because it's "always been sort of a sister city to us," says Kadlubek. A native of Santa Fe, in high school he and his friends would come up to Denver for concerts and arts immersions; Kadlubek got to know the people behind Rhinoceropolis, the groundbreaking DIY space that was closed by the city last month, after a dozen years of making art and music.

Meow Wolf got its start almost a decade ago as a collective arts production company — but it really took off after it got a permanent home in an old bowling alley in south Santa Fe. That move was made possible two years ago, when author George R. R. Martin pledged $2.7 million to the project; Meow Wolf got an additional $50,000 from the city of Santa Fe and $100,000 from a crowdfunding campaign.

Meow Wolf
The Meow Wolf Art Complex opened on March 17, 2016, with a permanent, 20,000-square-foot installation called The House of Eternal Return, as well as a makers' space and a children's area. "Our work is a combination of jungle gym, haunted house, children’s museum and immersive art exhibit," the Meow Wolf website pronounces. "This unique fusion of art and entertainment gives audiences fictional worlds to explore."

And the audiences keep coming. The complex took off faster than its founders could have imagined, earning raves across the country — and making it possible to consider expanding the concept to other cities. "We have been totally surprised by the success," Kadlubek admits. "We thought it would catch on after a year or two, but it happened immediately."

He credits much of that success to a smart concept — one that's been shared over and over in social media. "We've stumbled on an economic model for the creative process that is new," Kadlubek explains. "It's very much like a flipped perspective of what the art world sees currently, which has gravitated toward high-priced work that's meant for people who can afford it and people who understand the value of the artwork that hangs on the walls — a limited audience.

"We're doing the opposite, with low-cost entry — $10 to $18 — for one of the most creative experiences you can have, with interactive elements, story elements that are understandable by a general population, including kids."

And not only that, he notes, but artists are paid to create the Meow Work exhibits and installations, which in turn generate more revenue to support artists and also inspire arts-related projects around Meow Wolf.

If Meow Wolf does come to Denver, the emphasis will remain on local artists. "Any project we do in another city, we need it to be a local project: by the locals, for the locals," Kadlubek says.

"We're really excited to continue to meet artists who are in Denver...especially ones who have been doing work for a while," he continues. "We want to learn their Denver; we want to learn the Denver of the people who were there long before marijuana, long before the millennial influx.... There's a lot to learn and a lot to experience."

And a Meow Wolf in Denver could have a lot of room: Kadlubek says they're considering an installation that would be five times the Santa Fe model, at 100,000 square feet. "In any major market we go to, we'll be looking to hire 400 direct jobs to create the project; 75 percent of the hiring will be local," he adds. "Those are jobs that go to low-to-the-ground creatives. We really want to activate, galvanize the creative community that exists."

But first, they're going to do some creative work at the original Meow Wolf, which will close for two weeks on January 17 for some quick renovations. Five new installations will be added, along with a secret passageway that will add to the "incredible experiences," Kadlubek says, creating "an all-day arts bonanza."