Need a Psychiatrist? Rapper Tech N9ne Is Here for You 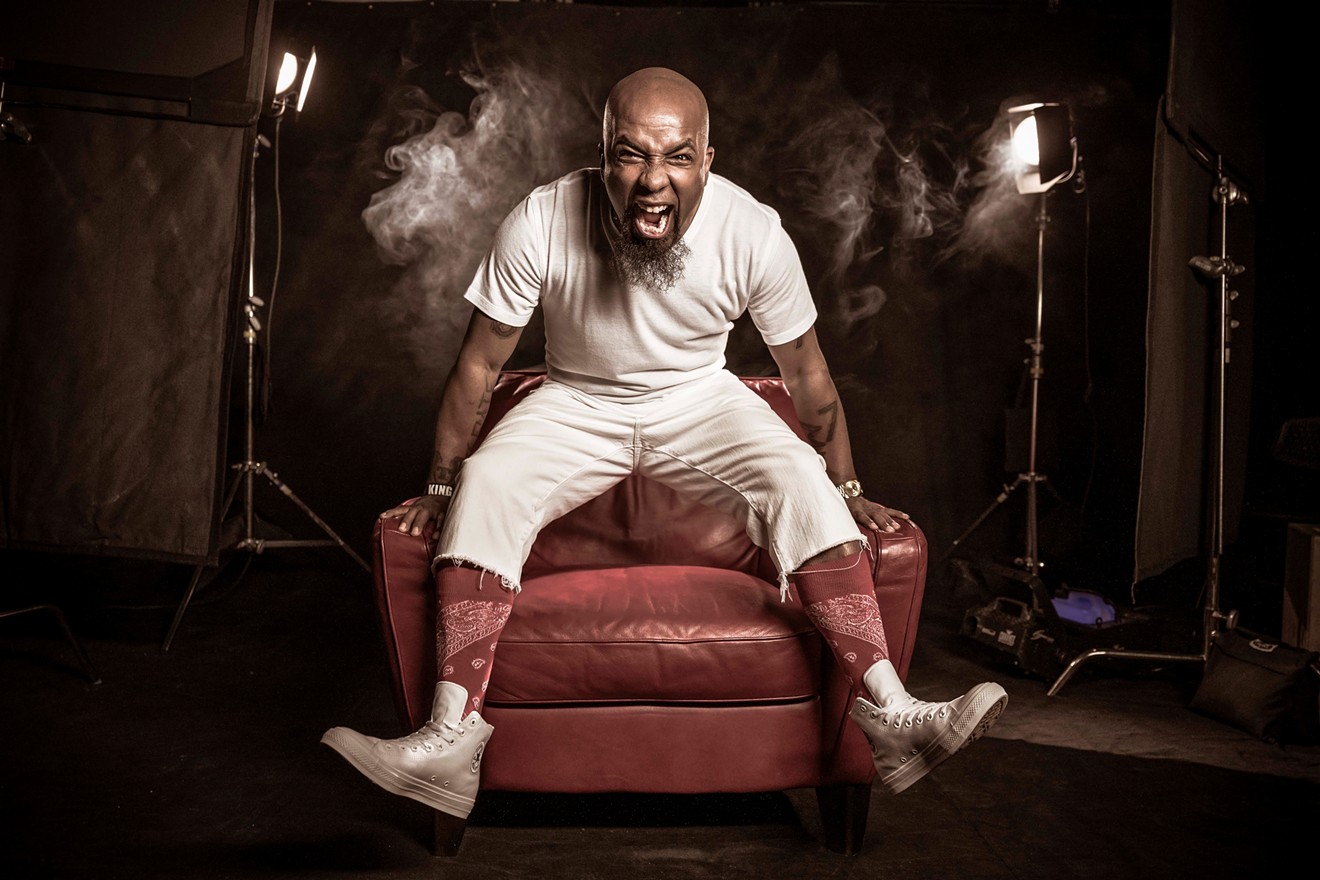 "I'm in the middle of a workout right now," N9ne says. "That's why I'm breathing hard."

He isn't breathing that hard. How could he? The machine-gun-fast rapper, who has collaborated with everybody from Red Man to Rob Zombie, has world-famous breath control. N9ne confesses he took a cruise in July and his belly grew, so he's trying to burn it off. Lucky for him, he says, it's working.

Jaws gives N9ne, Stevie Stone and Jeffrey "Frizz", two other artists on the Strange Music Canadian tour, physical obstacles they have to complete every day. Rapper Krizz Kalliko, who's also on the tour, isn't working out because he's on a low-carb Keto diet and doesn't have the energy to train, says N9ne.

We're speaking in advance of his latest album-release show, at Red Rocks, today, October 13. The new record is a collaboration between Strange Music artists, called Strange Reign, a followup to the label's album Dominion.

After finishing Dominion, "the synergy was so wonderful between all our artists that we just kept recording music," N9ne says. Every time the label's producer, Seven, sent out beats, the musicians would say, 'Let's just do another one. Let's just do another one.'" Originally, the project was going to be titled Dominion: Part II, "but we didn't want confusion, so we just gave it its own name, Strange Reign. It's time to reign supreme once again, you know?"

Aaron Dontez Yates, aka N9ne, whose fan base spans hip-hop, rock, metal, EDM and beyond, has built a loyal following by being unafraid to share raw emotions in his songs.

He has written about depression in "Suicide Letters," a song that helped his fans deal with self-destructive thoughts. And many have connected with his candor about his grief around his mother's death.

But his music doesn't begin and end with suffering.

"That don't mean I don't party in the midst of it," he says. "We have to party the pain away, so I wrote a song, 'Party the Pain Away,' and people connect."

At meet-and-greets and on social media, N9ne's fans reach out to him, asking for his support and thanking him for writing music that has saved them.