COVID-19 Postpones Theater of the Mind, by David Byrne and Mala Gaonkar 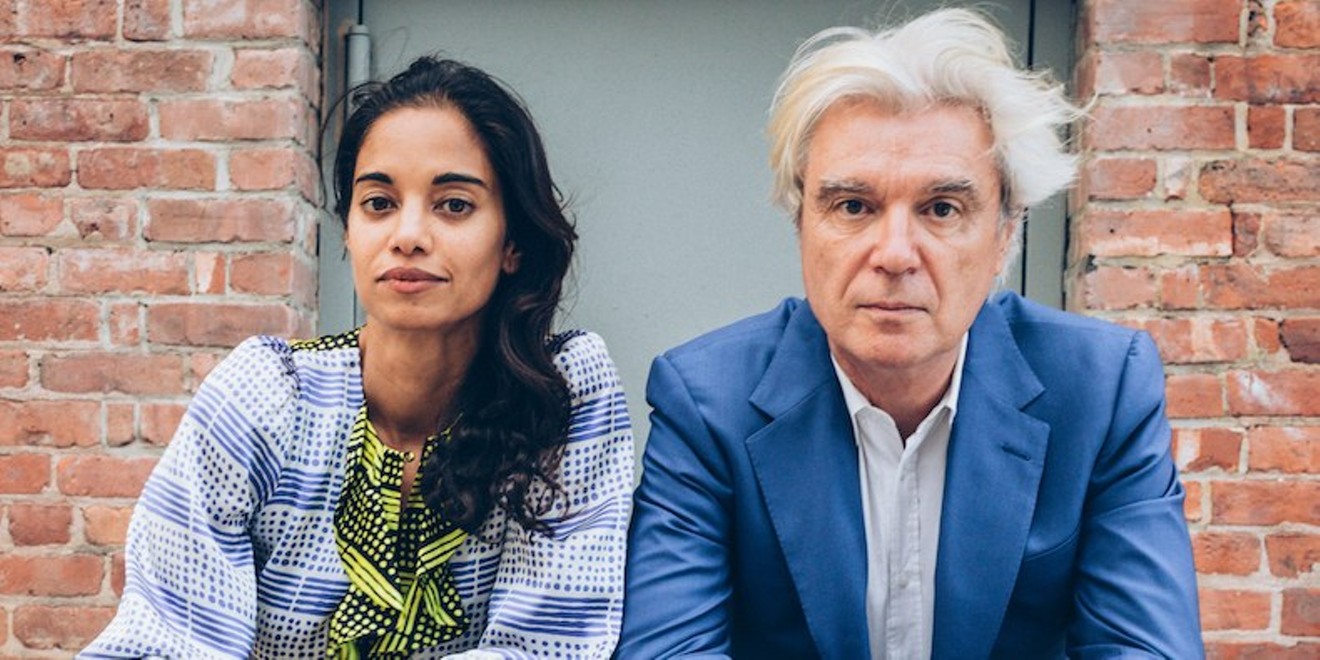 Mala Gaonkar and David Byrne are the creators of Theater of the Mind. Catalina Kulczar
The concept of "immersion" is unsettling in the era of social distancing — and not surprisingly, some of the most anticipated immersive art and theater projects planned for Denver this year have now been put on hold (along with concerts, plays and other cultural events).

As many Denver businesses get ready to open in a limited capacity, venues remain closed for the foreseeable future, and performances continue to be canceled and rescheduled. The latest casualty is Theater of the Mind, one of the Denver Center for the Performing Arts' centerpiece productions for 2020.

The immersive extravaganza, which was slated to take over an undisclosed 15,000-square-foot warehouse in Denver, was created by David Byrne, of Talking Heads fame, and Mala Gaonkar; it also signed on a slew of Denver creatives. One was assistant director Amanda Berg Wilson, of Boulder company The Catamounts, who spoke with Westword about the planned production earlier this year.

"It's exciting that an artist of David Byrne's national reputation, who could coast on Talking Heads hits for the rest of his life, is doing something that's really experimental," she said. "It's neat to know that the same things we're tinkering with in the Catamounts lab, he's tinkering with in this much better-resourced and much bigger scale."

The piece, which she described as an exploration of neuroscience and the tricks that the brain plays on people, is almost a natural fit for this era of social distancing; after all, just sixteen audience members experience the installation at one time.

But too much is unknown about the months ahead, including when cultural events — even ones with small audiences — can return.

“Postponing this production, which has been many years in the making, is heartbreaking for everyone involved,” explains DCPA Off-Center curator Charlie Miller. “But given the uncertainties of what the future of this pandemic holds, we found ourselves with no other choice. DCPA Off-Center remains deeply committed to producing Theater of the Mind in Denver, and we hope to share this groundbreaking experience with our community as soon as we safely and responsibly can.”

To sign up for updates, go to the Theater of the Mind website.
KEEP WESTWORD FREE... Since we started Westword, it has been defined as the free, independent voice of Denver, and we'd like to keep it that way. With local media under siege, it's more important than ever for us to rally support behind funding our local journalism. You can help by participating in our "I Support" program, allowing us to keep offering readers access to our incisive coverage of local news, food and culture with no paywalls.
Make a one-time donation today for as little as $1.