King of Wings/Instagram
A kitchen fire on December 20 will keep kind of wings closed until at least March.
Eddie Renshaw, who owns King of Wings, at 7741 West 44th Avenue in Wheat Ridge, with longtime friend Evan Pierce, was excited about the new Tuesday pop-up series at the eatery designed to help other small food businesses get a start. But now his own business is on pause.

On December 20, a grease fryer that started as the team began preparing to open for the day caused major damage in the kitchen. "We sprayed the fire extinguisher, but it spread into the hood, into the fans...we had to call 911," Renshaw says.

The building itself was not damaged, however, and the business has good insurance that should cover the repairs — but that process will take time. "We're shooting for March," Renshaw says of a possible reopening date. 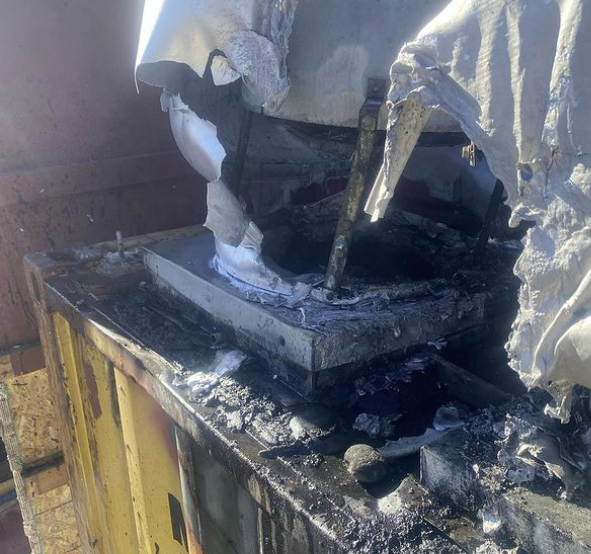 King of Wings/Instagram
In the meantime, Renshaw is most concerned about his thirteen employees; while none were hurt, they all now find themselves without a paycheck right before the holidays.

One King of Wings regular quickly jumped into action, starting a GoFundMe that will go directly to the workers, and Renshaw has also already had other businesses reach out to help. Crush Wing + Tap, at 5001 East Colfax Avenue, will hold a fundraiser the week of December 26 (details will be announced on social media), and Get Sauced pizza pop-up and Moontime Crepes are helping to raise money, as well. "It's cool to see the community be so kind to us," Renshaw says.

The fire is not the first hurdle for the business, which began as a food truck before opening its brick-and- mortar location in June 2020. Renshaw and Pierce had no prior professional cooking experience and have learned a lot while struggling to find their footing during the pandemic. But King of Wings has built a loyal following, and it landed on our list of the ten best wings in Denver in 2021.

"We'll come back stronger than ever," Renshaw promises. In the meantime, you can get updates on the repair progress and info about any upcoming pop-ups or fundraisers by following King of Wings on Instagram.