Are Biden's Marijuana Pardons a Sign of Looming Legalization? 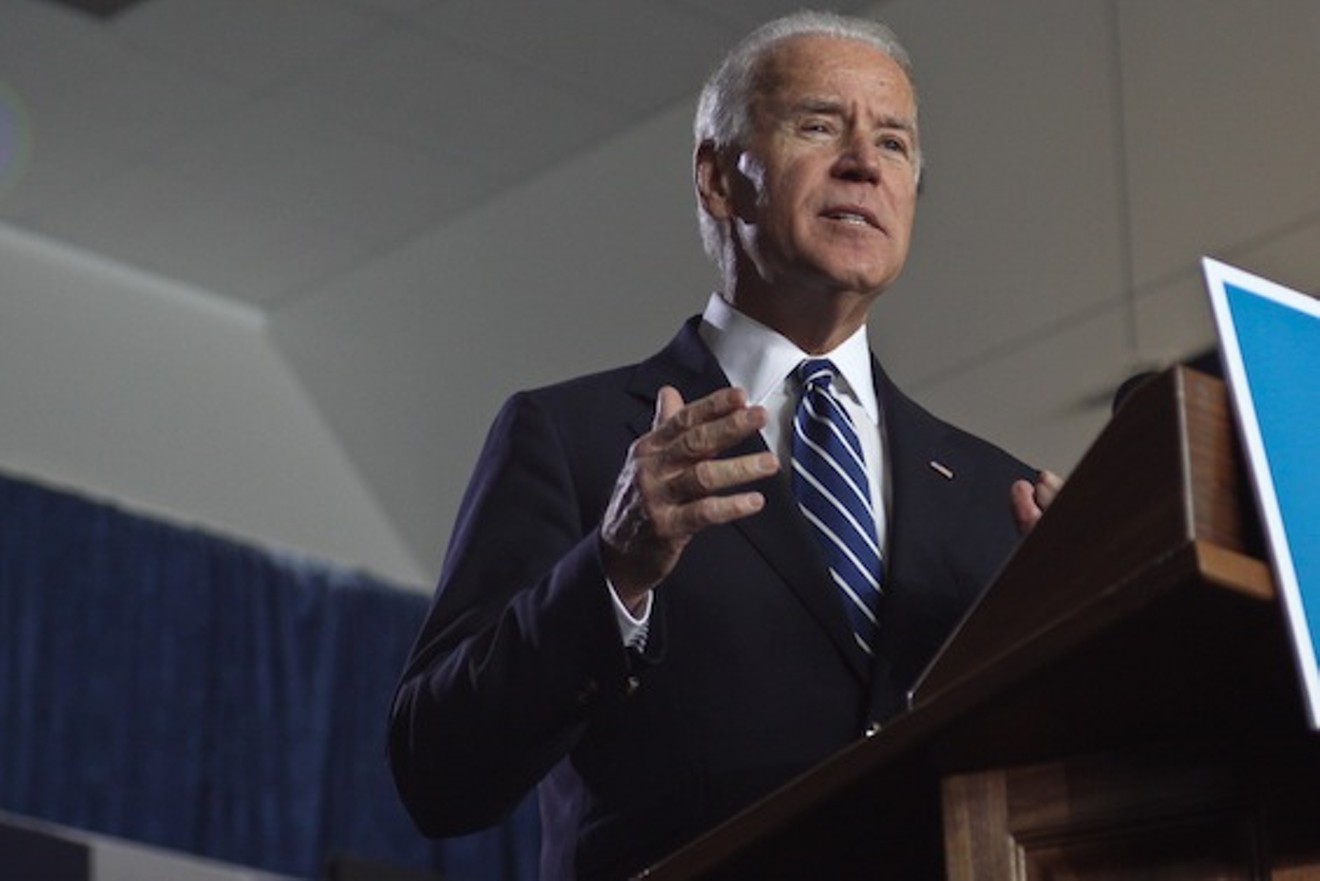 "There are thousands of people who were previously convicted of simple possession who may be denied employment, housing, or educational opportunities as a result. My pardon will remove this burden," Biden tweeted. "Sending people to jail for possessing marijuana has upended too many lives — for conduct that is legal in many states. That’s before you address the clear racial disparities around prosecution and conviction. Today, we begin to right these wrongs."

While Colorado has already pardoned many convicted of violating state marijuana possession laws, Biden encouraged other governors to follow his lead, and also suggested that the federal government consider whether marijuana should continue to have a Schedule 1 status.

Biden's decision was celebrated by marijuana activists, who have been calling on his administration to release marijuana prisoners and expunge old marijuana crimes. According to the White House, none of the thousands of individual who'll receive federal pardons for marijuana possession are currently incarcerated, and the pardons do not apply to anyone convicted of selling or distributing marijuana.

Still, the move marks a big step toward the softening of marijuana policy in the U.S., suggests Mason Tvert, who helped organize Colorado's marijuana legalization campaign in 2012, making this the first state in the country to allow the legal sale of recreational cannabis; he's now a partner at VS Strategies, a cannabis policy and government relations firm.

"The mere act of the pardons is a huge statement that will be heard across the country and also around the world," he says. "For decades, states and other countries have looked to our federal government for drug policy, and our federal government is taking the position that it is wrong to have punished people for using marijuana. The first step is admitting you have a problem. The next logical question is, if it's wrong to punish people for using marijuana, then why should we keep people from using marijuana?"

Tvert pushes back against the charge that Biden's move was tied to the mid-term congressional elections, which are just a month away. "Regardless of what inspired it at this particular moment, this was groundbreaking," he says. "I do not know the current Biden and Democrat strategy, but the intentions don't matter. What does matter is it was the right thing to do, and they did it. It still benefits the collective good."

Advocates are eyeing Biden's announcement that his administration would "review" the plant's Schedule I status — a designation shared with heroin — a little more cautiously. "There are a lot of questions around the scheduling process and what it would take to change the scheduling," Tvert notes. "There have been very intelligent and informed people who believe this can be done by the executive branch, while others think it requires the legislative branch. Either way, this creates a greater sense of urgency around answering those questions."

A handful of bills have been introduced in Congress proposing decriminalization or legalization of marijuana, with the most notable coming from Senate Majority Leader Chuck Schumer. However, neither Schumer's bill nor decriminalization measures passed by the House have received Senate hearings. Smaller steps regarding marijuana research and banking have also failed to reach the Senate floor.

The U.S. Cannabis Council, a federal lobbying group for the pot industry, is still pushing the SAFE Banking Act, a proposal from outgoing Representative Ed Perlmutter that would provide banking and financial protections for marijuana businesses. Passed several times by the House of Representatives, the SAFE Banking Act has yet to receive a hearing in the Senate, where Democrats hold a slim majority.

“As the nation reckons with the wrongs of the past, it’s also time to look to the future. The Senate should pass the SAFE Banking Act, to help ensure that the communities most impacted by cannabis prohibition can safely and gainfully participate in the burgeoning cannabis industry," says USCC CEO Khadijah Tribble.

"It's all so gradual," Tvert says of marijuana policy reform. "If this were a Ken Burns documentary, we're talking about, like, a twenty-minute snapshot in time — but there will probably be no time in which there was as much change as there was between 2012 and 2022."

In Colorado, where marijuana has been legal since 2012, pardon programs are already in place at city and state levels.

In 2019, Denver launched a program to clear old, low-level pot convictions, a move followed by the Colorado Legislature in 2020. Lawmakers passed a law giving the governor the power to pardon previous possession convictions as long as the possession amount would be legal today. As a result, later that year Polis issued 2,732 automatic pardons for convictions of 1 ounce or less of marijuana possession. In 2021, after the legislature raised Colorado's marijuana possession to 2 ounces, Polis pardoned another 1,351 convictions.

“I was happy to see President Biden follow Colorado’s lead and pardon past pot convictions," Polis says in a statement to Westword. "This move will help open more doors for Americans that were once blocked and is a gain for people who were once held back because of something that is now perfectly legal. I again urge other states and local powers to follow this lead."
KEEP WESTWORD FREE... Since we started Westword, it has been defined as the free, independent voice of Denver, and we'd like to keep it that way. With local media under siege, it's more important than ever for us to rally support behind funding our local journalism. You can help by participating in our "I Support" program, allowing us to keep offering readers access to our incisive coverage of local news, food and culture with no paywalls.
Make a one-time donation today for as little as $1.