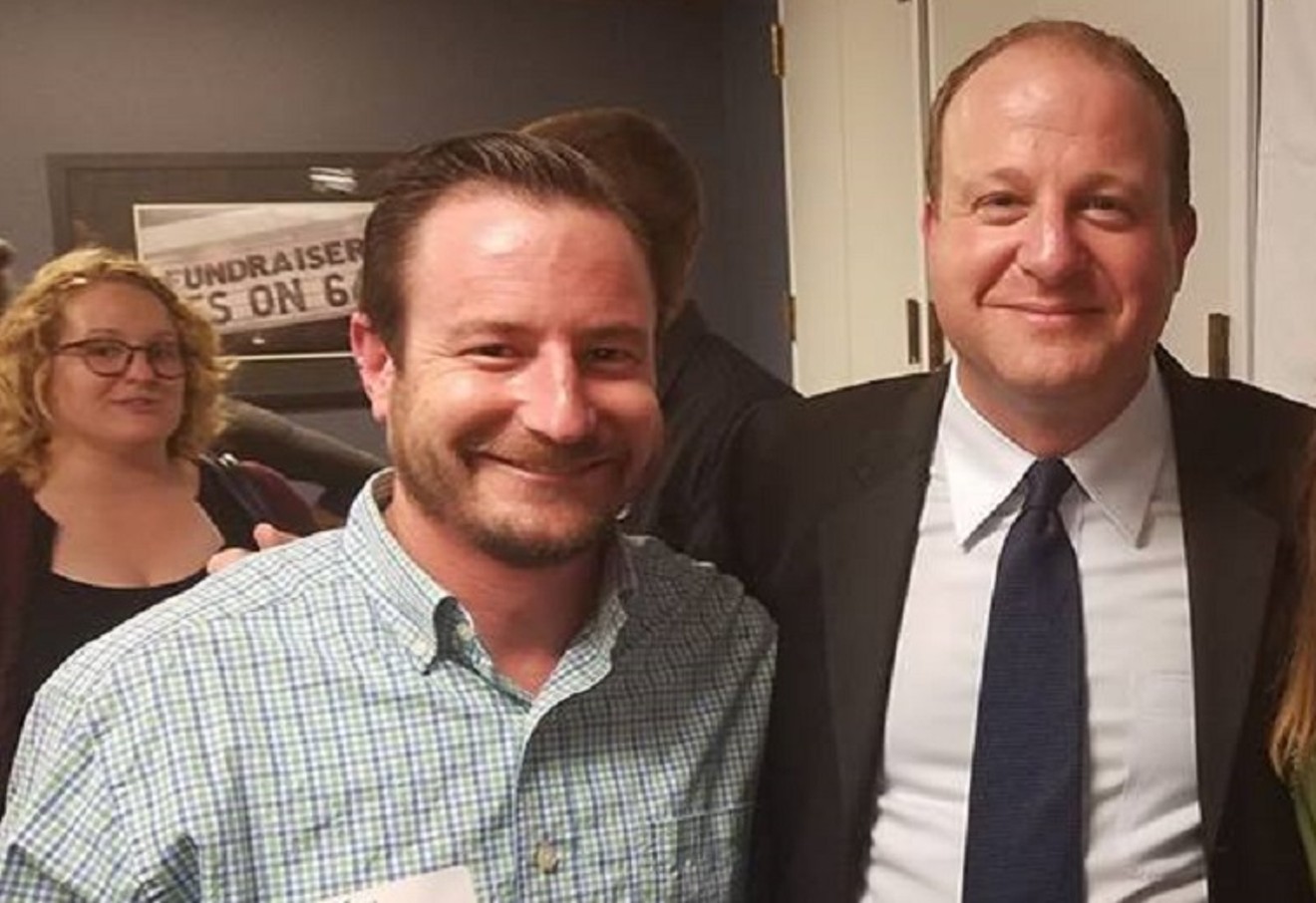 Seeb had been involved in the Colorado cannabis industry for over a decade before taking his new role with Polis's administration. He co-owned Denver Relief dispensary with Kayvan Khalatbari (they sold that location in 2016), and also co-founded Denver Relief Consulting with Khalatbari and Nick Hice, advising cannabis business owners around the country about business regulations and pot legislation; Seeb was a two-time chair of the National Cannabis Industry Association, one of the pot industry's largest trade organizations, as well.

Seeb ended all of his cannabis business partnerships and client relationships before taking the job, according to Polis's office.

“Ean is a leader in the cannabis industry, and we are thrilled to have him on our team," the governor's chief of staff, Lisa Kaufmann, said in a statement announcing the appointment.  "We welcome his incredible expertise and know he will help us continue Colorado’s leadership in this growing industry.”

Seeb's official title is Special Adviser on Cannabis — and he appears to be filling a similar position to the one formerly held by Andrew Freedman, Mark Bolton and Dominique Mendiola, all of whom served as former governor John Hickenlooper's director of marijuana coordination. Freedman and Bolton have since gone back to working for law firms, while Mendiola currently serves as deputy director of the state Marijuana Enforcement Division.

Unlike his predecessors, Seeb doesn't come from a background of litigation or policy-making. The governor's new cannabis head honcho is an entrepreneur, with experience in cannabis consulting dating back to the wild and unregulated days of medical marijuana in 2008 and 2009. He's also gone on record about his use of medical marijuana after suffering injuries in a ski accident, and helped push through Denver's successful social pot consumption ballot initiative in 2016.

Update: This story was updated on May 17 to reflect Seeb's official title with the Polis administration.
KEEP WESTWORD FREE... Since we started Westword, it has been defined as the free, independent voice of Denver, and we'd like to keep it that way. With local media under siege, it's more important than ever for us to rally support behind funding our local journalism. You can help by participating in our "I Support" program, allowing us to keep offering readers access to our incisive coverage of local news, food and culture with no paywalls.
Make a one-time donation today for as little as $1.