Marijuana Delivery Measure Moves Along Despite Fears of Small Business 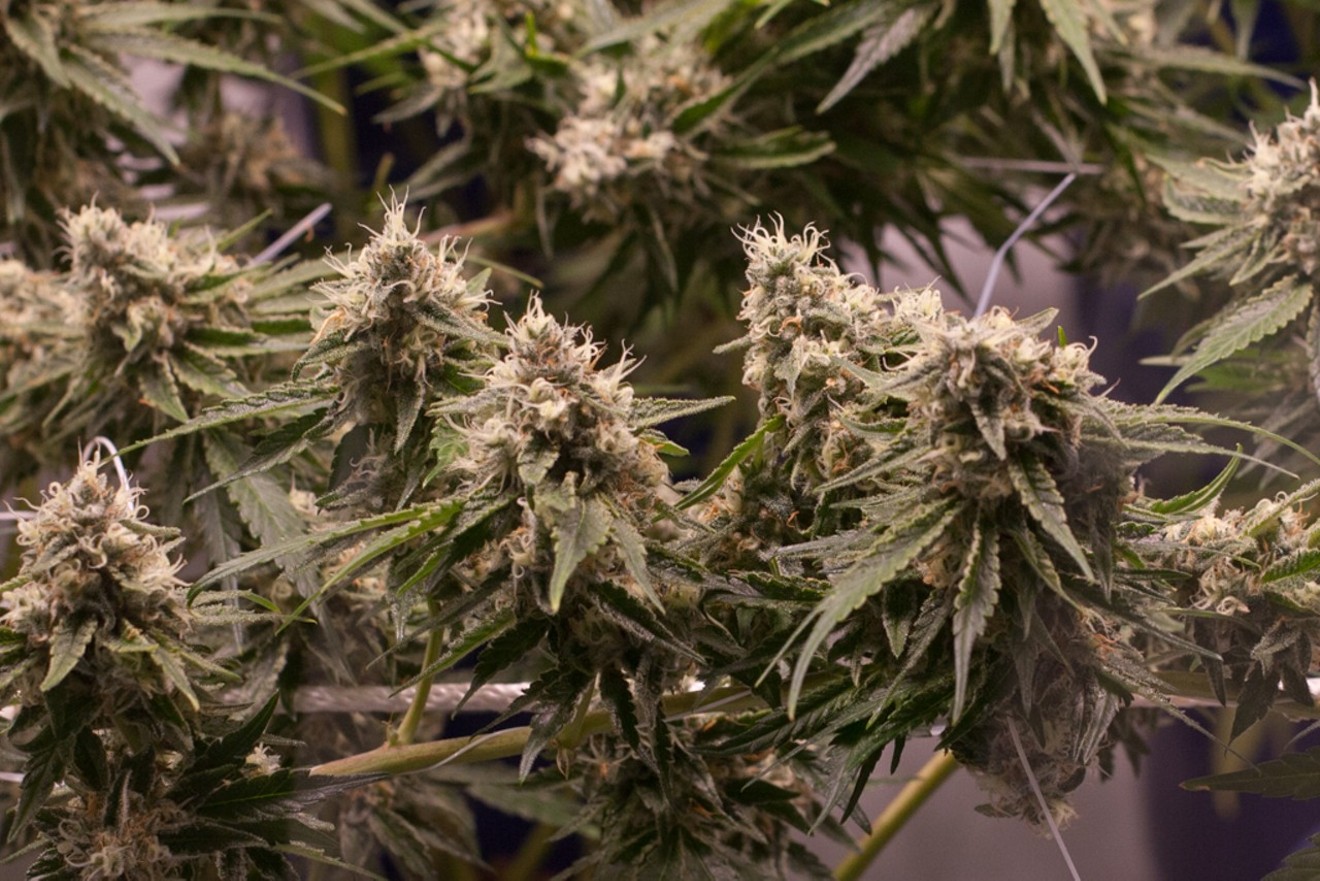 Jacqueline Collins
Marijuana delivery is still a distant proposition, but a bill to legalize the practice in Colorado moved forward on Tuesday, April 2, after receiving approval from a state House committee, 6-3. Not everyone in the pot industry is on board with the effort, though.

Past attempts to legalize marijuana delivery were largely squelched over fears of possible criminal activity and problems with the feds over the plant's Schedule I status. Representatives Jonathan Singer and Alex Valdez say they introduced House Bill 1234 in part to curb illegal marijuana delivery in Colorado.

At a previous hearing that was laid over to April for a vote, Singer and Valdez told the House Business Affairs & Labor Committee that illegal pot delivery services currently offer themselves to unwitting consumers on social media and classified websites like Craigslist. "Right now, there is a thriving black market for delivery. If you were to go on Google, you could absolutely find that," Valdez said.

Their other motivation for introducing the bill was to expand access to marijuana for patients who are immobile or live far from a dispensary. If passed, HB 1234 would allow dispensaries to only deliver medical marijuana for the first year, with recreational pot included one year later. Deliveries could only be made to residential addresses, and the state Marijuana Enforcement Division would be required to implement regulatory and security requirements. Towns and counties would be able to choose to allow or prohibit deliveries within their borders, as well.

So far, most of the debate around HB 1234 has centered on industry inclusion and the future of small marijuana businesses. While the measure has public opposition from anti-marijuana and law enforcement groups, part of the industry also wants to see it fail because of concerns that entities will corner the new market. A section of the bill allows third parties to eventually deliver marijuana from the dispensary to the customer as a middleman, but detractors believe that could hurt stand-alone stores and chains alike.

"We've seen the proliferation of third-party [delivery] apps in other states. The app is a virtual dispensary, and the app doesn't mention the dispensary it comes from," Jonathan Salfeld, owner of Local Product of Colorado, an independent dispensary with twelve employees, said at the hearing. "It is extremely dangerous to small businesses across the state."

Salfeld fears that consumers would no longer think of retail establishments or dispensary brands if they only order marijuana delivered to their doorsteps, warning lawmakers that it could turn dispensaries into "de facto warehouses for an app" and drawing comparisons to an Amazon-like future for commercial marijuana. The Green Solution and Roots RX, two dispensary chains with substantial financial backing, echoed Salfeld's comments.

Some small marijuana business owners believe that third-party delivery should be included from the start, arguing that they can't afford to add delivery drivers to their payroll; allowing a third-party app like Postmates to deliver their products could expand their reach, they say.

Despite opposition from some dispensaries, the majority of wholesale marijuana suppliers and product manufacturers support the bill, according to Peter Barsoom, founder of edibles company 1906. Barsoom says that there's a protectionist mindset in part of Colorado's pot industry. And it's starting to get ugly, he adds, noting that two dispensary chains have stopped carrying his products because he supports HB 1234.

"You have a few players who have spoken out against this bill because they have constructed a narrative that this is going to hurt their business," he says. "With any change in regulation or change in market structure, people have to assess what it means for them and how they're going to adapt."

Barsoom believes that worries of an online-only future are overhyped, because delivery services must first obtain a retail marijuana sales license — something every recreational dispensary has in Colorado — in order to participate. And if a bigger business comes into play, he doesn't think that's necessarily a bad thing.

"I find that Amazon prediction highly improbable, because you have to have a retail license in order to compete. Some companies have built themselves on trying to be protectionist. They're located in areas where there are limited licenses, so they think the only way to protect their franchise is to have the government write laws to protect them," he says. "Does that mean someone could make a large distribution hub where they deliver from if this passes? Absolutely, it does — but that's the sign of a strong retail market."

Shortly before the measure passed out of committee on April 2, Singer conceded that the bill isn't likely to make all sides happy, noting that he's already added amendments to appease stakeholders in the pot industry and law enforcement, such as a $1 surcharge on all deliveries to fund law enforcement efforts related to any possible criminal activity from future marijuana deliveries.

"This has been the result of years of work. We have negotiated with marijuana industry members, public safety groups, the MED and the office of the governor," he told his colleagues. "This is the compromise. We've lost a few people and gained a few others by saying we're going to give licensees the first crack at this."

The bill will now have to pass through the House Finance Committee before it gets to the House floor.
KEEP WESTWORD FREE... Since we started Westword, it has been defined as the free, independent voice of Denver, and we'd like to keep it that way. With local media under siege, it's more important than ever for us to rally support behind funding our local journalism. You can help by participating in our "I Support" program, allowing us to keep offering readers access to our incisive coverage of local news, food and culture with no paywalls.
Make a one-time donation today for as little as $1.