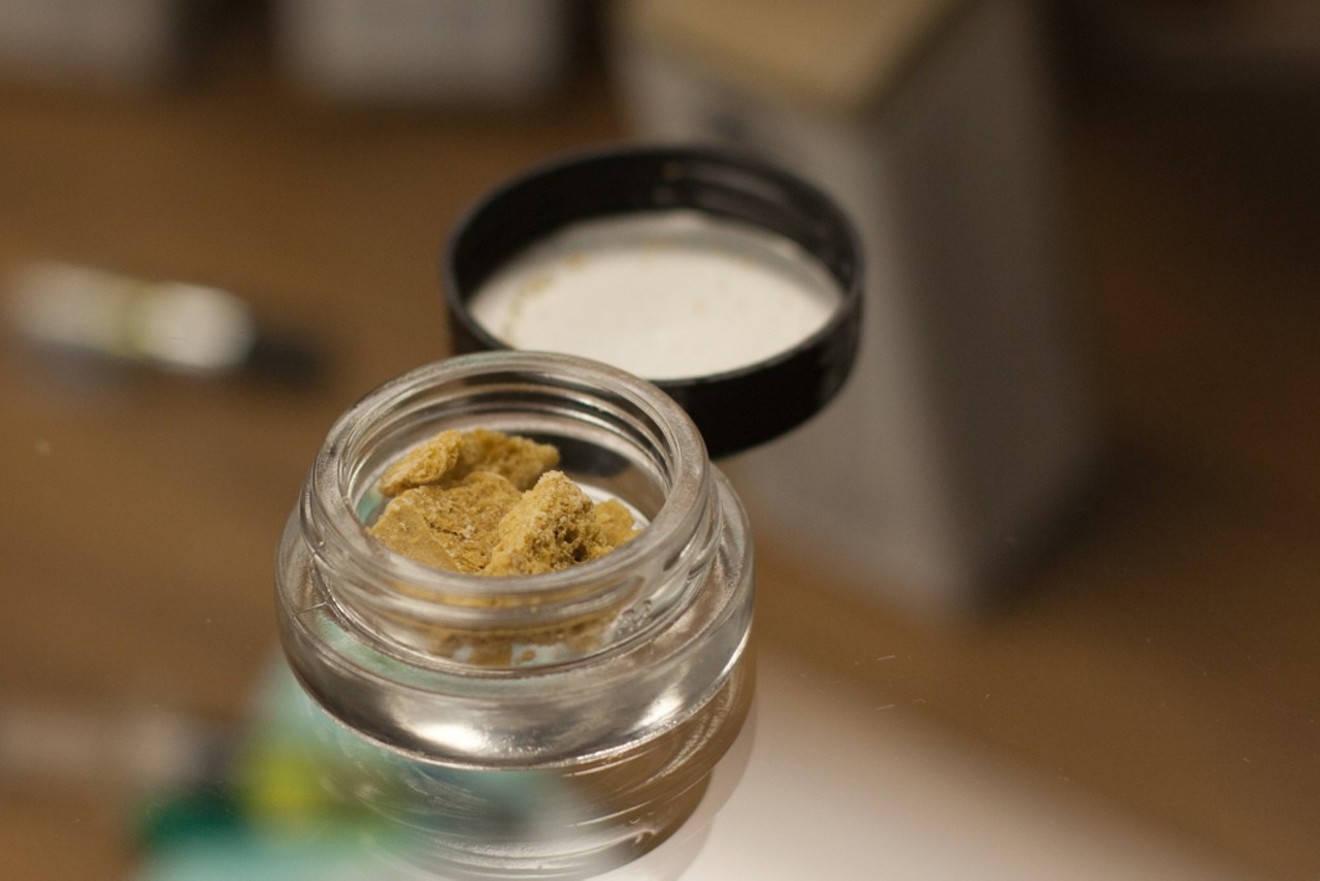 One MED proposal includes a per-serving recommendation of 10 milligrams of THC, though the department acknowledges that displaying such a small amount visually may not be realistic, as most marijuana concentrate products are sold in .5- and 1-gram increments.

Another option would put a visual marker the size of a grain of rice, or 1/16 of a gram, on packaging to indicate serving size. But some marijuana industry and health-care representatives participating in MED hearings argue that 1/16 of a gram is too large a serving for THC concentrates, which can range anywhere from 30 to 90 percent THC.

With one option deemed too small by the MED and the other too large by stakeholders, state officials have suggested a third option: customizing serving size based on the product's THC potency. The recommended size would be based on lab and bioavailability testing, and a serving couldn't exceed 40 milligrams of THC. However, addiction specialists and emergency care doctors argued that that could lead to overconsumption.

While the MED presented all three options during the most recent MED rulemaking hearing, a more popular suggestion wasn't on the official roster. Put forward by marijuana law firm Vicente Sederberg, the proposal calls for printing a small dot on packaging that is smaller than a half-grain of rice but bigger than a grain of sand. The dot would have to be clearly visible, and the intention is that consumers can compare their servings, or dabs, to the dot.

Although Vicente Sederberg's suggestion received a positive reception from the rulemaking committee and MED officials, the dot idea doesn't address vaporizer cartridges that are pre-filled with THC oil. However, the MED has alluded to the possibility that vaporizers could come under separate rules.

All legal marijuana products in Colorado already carry warnings regarding long-term mental and physical health effects, as well as against use while pregnant or before driving, but HB 1317 mandated that dispensaries distribute health and legal information specifically about concentrated marijuana. While  dispensary owners and marijuana extractors have expressed concerns over the environmental impact of including a pamphlet with every purchase, doctors and mental health specialists don't like the idea of sharing the information through electronic QR codes.

In fact, mental health professionals and addiction counselors would also like addiction and suicide warnings included on any warning pamphlet, but the pot industry has pushed back at what it characterizes as overregulation. The MED's suggested warnings, created in consultation with the Colorado Department of Public Health and Environment, currently include "psychotic symptoms and/or psychotic disorder," "mental health symptoms/problems," "cannabis hyperemesis syndrome (CHS)" and "cannabis use disorder."

The MED would also like to see information about the impact of marijuana use on developing brains before the age of 25 and further warnings against providing concentrated marijuana products to children on the pamphlet; it could also include a legal warning regarding the criminal penalties for selling commercial marijuana products on the black market.

The new packaging and pamphlet rules are set to be implemented on January 1. In the meantime, the MED has one more public hearing scheduled for November 1, and will still accept written comments until the final rules are announced on November 10.
KEEP WESTWORD FREE... Since we started Westword, it has been defined as the free, independent voice of Denver, and we'd like to keep it that way. With local media under siege, it's more important than ever for us to rally support behind funding our local journalism. You can help by participating in our "I Support" program, allowing us to keep offering readers access to our incisive coverage of local news, food and culture with no paywalls.
Make a one-time donation today for as little as $1.