Colorado's Marijuana Sales Decline for the Twelfth Month in a Row 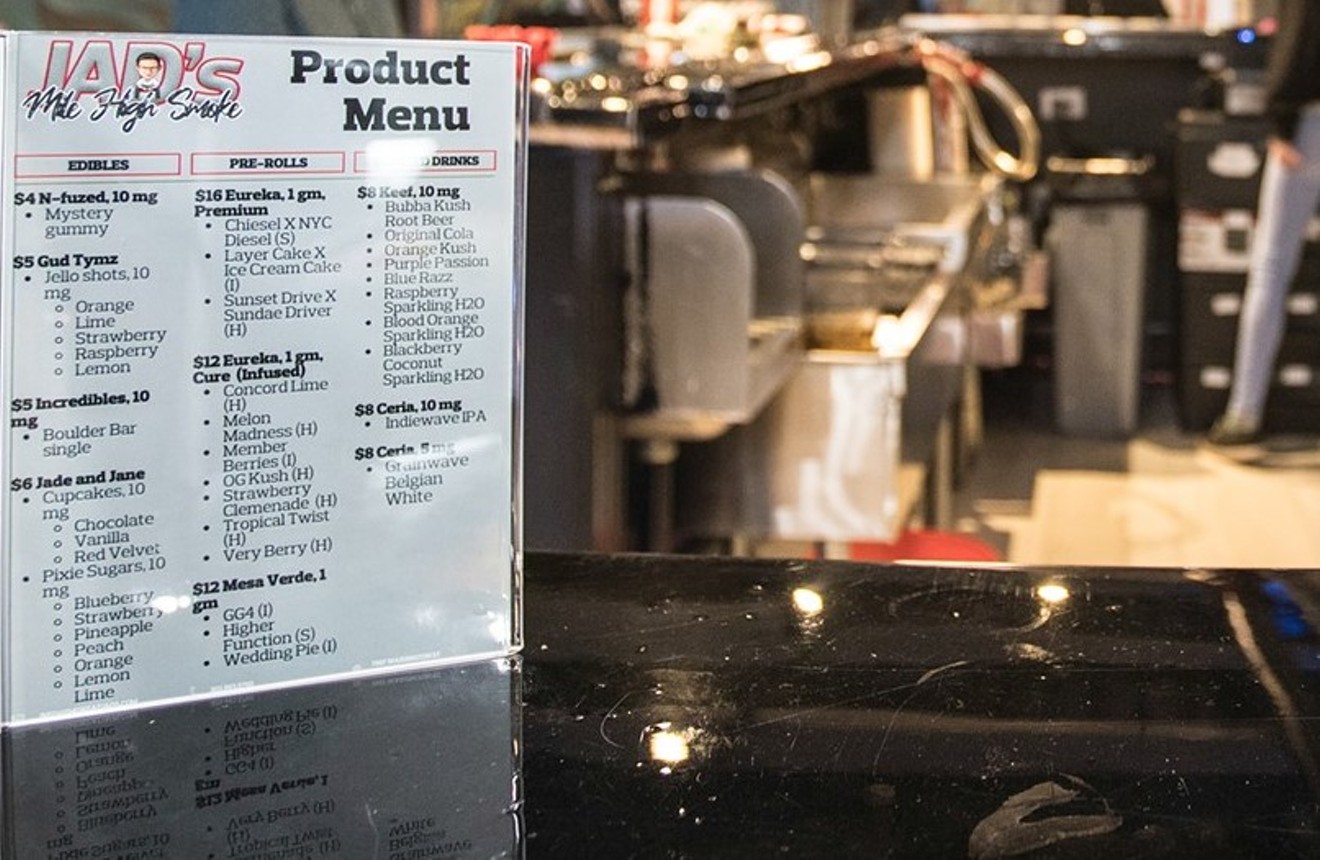 A menu of products for sale at JAD's Mile High Smoke, Colorado's only licensed marijuana bar. Jacqueline Collins
Colorado's marijuana market plunge just hit another milestone, according to data released by the state Department of Revenue, with dispensary sales falling for the twelfth month in a row.

A new law limiting medical marijuana concentrate sales and a sharp drop in wholesale marijuana prices have been linked to the downturn; marijuana business owners put most of the blame on the cliff jump by wholesale prices. From January 2021 through the end of June 2022, the average wholesale price per pound of marijuana flower dropped nearly 59 percent, according to the DOR, although growers and dispensary owners say the decrease has been even more significant than those numbers suggest.

After record-breaking sales in 2020 and 2021, a hefty chunk of Colorado's marijuana businesses either expanded or sold out to corporations looking to scale. An uptick in marijuana production flooded the local market, however, even as more states have legalized recreational pot sales. As a result, shrinking profits have caught up with the marijuana industry, with a handful of reported closures and layoffs at dispensaries, growing operations and other marijuana businesses in the past three months.

Summer months typically represent a bump in dispensary action, but this year there's less optimism in the air. Even the 4/20 holiday on April 20 provided a smaller spark than it had in previous years, bringing in 20 percent less in sales than it did in 2021, according to dispensary sales tracker Jane.
KEEP WESTWORD FREE... Since we started Westword, it has been defined as the free, independent voice of Denver, and we'd like to keep it that way. With local media under siege, it's more important than ever for us to rally support behind funding our local journalism. You can help by participating in our "I Support" program, allowing us to keep offering readers access to our incisive coverage of local news, food and culture with no paywalls.
Make a one-time donation today for as little as $1.