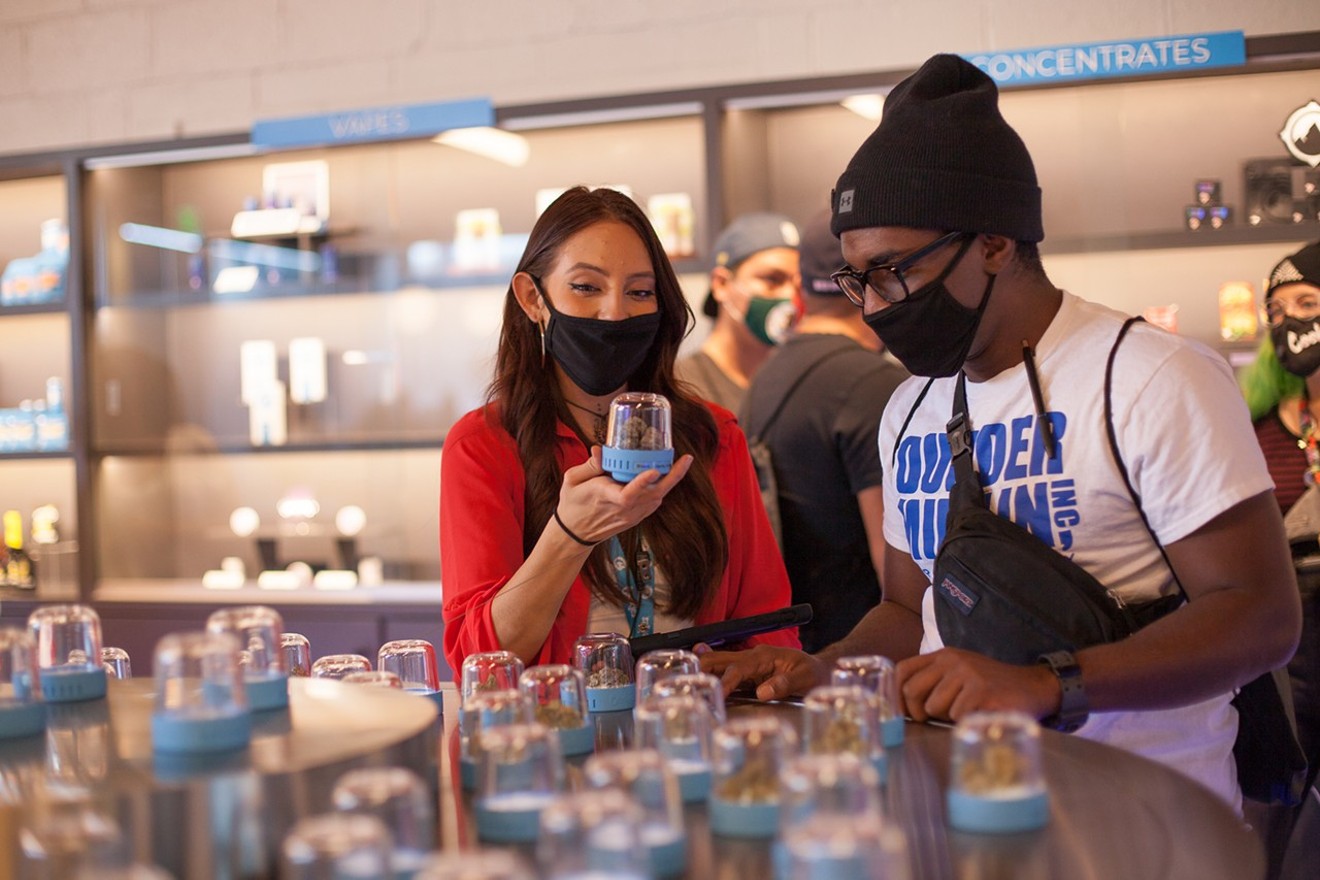 A Cookies employee serves a customer at the Denver dispensary. Jacqueline Collins
Colorado marijuana dispensaries narrowly set a new sales record in 2021, according to the state Department of Revenue, selling almost $2.3 billion worth of products in the calendar year.

The new sales record comes a month after the DOR announced that 2021 had broken an annual record for marijuana tax revenue, with the state collecting nearly $423.5 in tax revenue and licensing fees from the marijuana industry last year.

Although 2021 ended on a high note, the second half of the year saw a dip in Colorado's pot trade. In May, the state was almost $200 million ahead of 2020's pace, but then sales slowed. December was the seventh straight month in which monthly dispensary sales totals were lower than the same month the previous year, according to the DOR; the drop in sales coincides with a 28 percent decrease in wholesale marijuana prices.

The slower pace of sales is expected to continue through 2022, according to a recent economic forecast from the governor’s office.

Cannabis business owners believe that pot consumption peaked during the earlier stage of the COVID-19 pandemic, with sales from the latter half of 2021 — still significantly higher than 2019's pre-pandemic numbers — marking the return to a normal market.

The DOR is expected to report 2022's first marijuana sales figure next month.
KEEP WESTWORD FREE... Since we started Westword, it has been defined as the free, independent voice of Denver, and we'd like to keep it that way. With local media under siege, it's more important than ever for us to rally support behind funding our local journalism. You can help by participating in our "I Support" program, allowing us to keep offering readers access to our incisive coverage of local news, food and culture with no paywalls.
Make a one-time donation today for as little as $1.