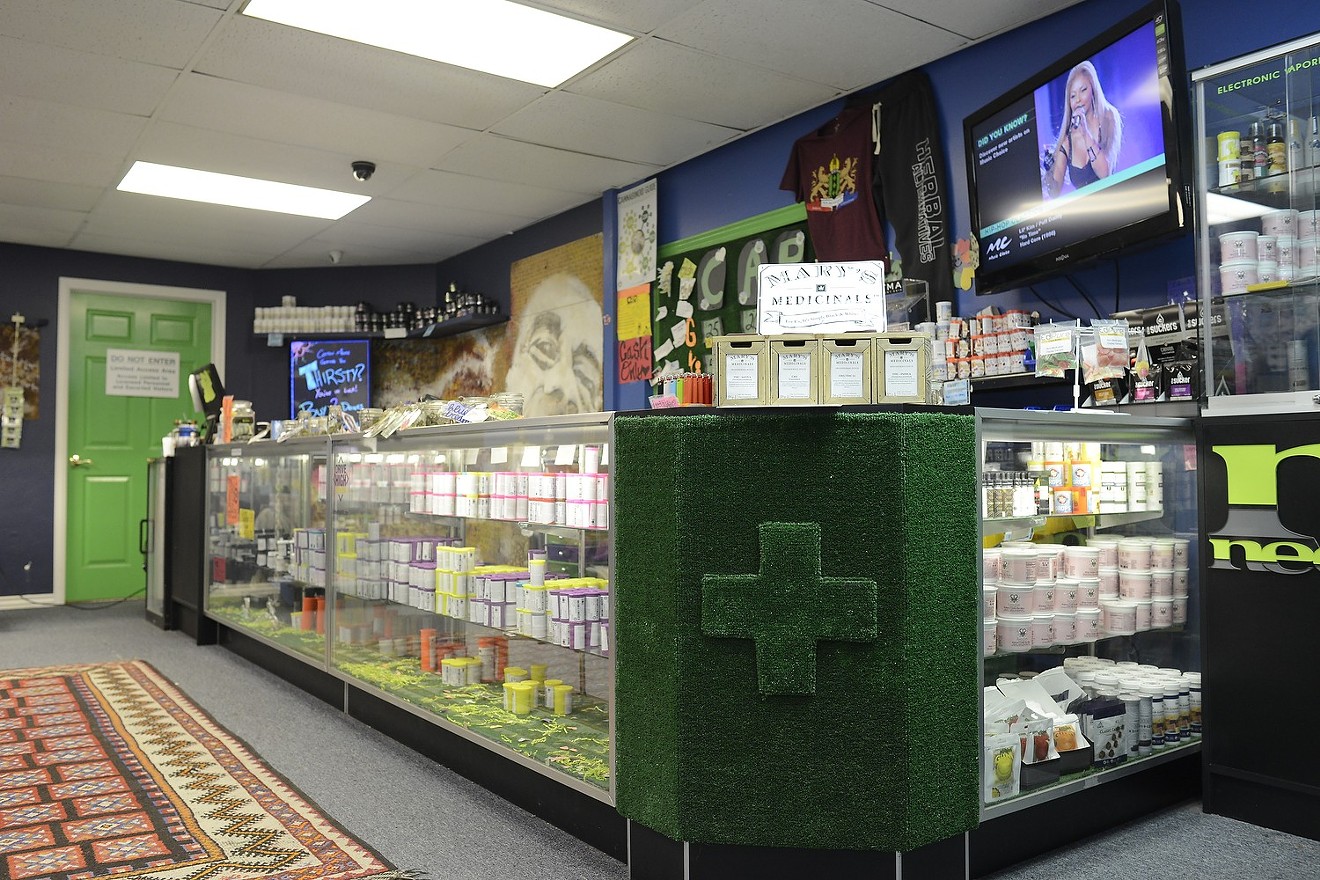 Scott Lentz
Recreational marijuana sales are now deemed essential enough to take place inside of dispensaries in Colorado, according to a bulletin from the state Marijuana Enforcement Division. Just a week ago, they were limited to curbside pick-up and to-go sales.

Recreational dispensaries had to convert to a to-go and curbside-only model under an executive order issued by Governor Jared Polis on March 22, which called on several types of businesses to temporarily close until April 10 (later updated to April 11 in another order) to limit the spread of coronavirus. Although medical dispensaries were allowed to remain open for patients under Polis's stay-at-home orders, recreational pot shops had to switch to curbside or drive-thru sales, or online pre-ordering and pick-up on March 24.

Less than one week after the change to curbside sales, though, it looks like Polis and the MED have changed their minds. In a memo the MED sent to marijuana businesses on the afternoon of March 30, it explained that "patients and consumers may order, purchase, and pick up" pot on licensed retail premises, and that "licensees are no longer prohibited from allowing retail customers on the licensed premises" as long as they implement social distancing requirements in line with state and local orders.

"Any previous guidance in [a previous industry bulletin] to the contrary is superseded by the guidance below," the order reads before outlining the new rules, adding that the latest memo was sent to "amend and clarify" previous orders.

Curbside will be still allowed for medical and recreational sales during the statewide stay-at-home mandate, the MED says, but it notes that cash sales outside of the stores are now prohibited. After several days under the new limitations, it became clear that some stores were better suited for this setup than others. (Curbside takeout and online ordering weren't even an option for dispensaries before; both prohibitions were temporarily cleared by Polis on March 20.)

According to Jordan Wellington, an attorney for Denver marijuana law firm Vicente Sederberg, the MED's new memo is essentially how the department interprets Polis's current orders, and "the implication is that in-person sales are now allowed."

"There was some scuttlebutt last week, but nothing counts until they send one of these out. These new permissions show the state trusts marijuana businesses," Wellington says, calling it a "huge win" that provides "more wiggle room" for the marijuana industry.

Declining sales numbers at recreational stores, as well as obstacles in conforming to the new rules at smaller stores and messy transactions in public spaces — the majority of marijuana sales are conducted with cash because of the plant's federal prohibition — had been reported by pot business owners and customers alike. According to dispensary analytics firm Flowhub, Colorado dispensaries saw a decrease in sales last week — although that came after over a week of sustained panic-buying, which spiked during Denver's short-lived (under three hours) proposal of temporarily closing recreational shops and liquor stores altogether.

Flowub notes that the decrease in sales is not because people are buying less, but because people are going to the store at a slower rate, with daily transactions in Colorado on March 25 down 27 percent from the average the Wednesday before coronavirus-related social distancing orders hit the state.

Despite the updated rules allowing in-person sales, some dispensaries will continue to recommend that customers use their takeout and curbside services, according to Denver stores L'Eagle and Terrapin Care Station; both enterprises say they believe that's a safer option and requires just as many retail employees.

We've reached out to the MED and Polis's administration for comment on the rules update.
KEEP WESTWORD FREE... Since we started Westword, it has been defined as the free, independent voice of Denver, and we'd like to keep it that way. With local media under siege, it's more important than ever for us to rally support behind funding our local journalism. You can help by participating in our "I Support" program, allowing us to keep offering readers access to our incisive coverage of local news, food and culture with no paywalls.
Make a one-time donation today for as little as $1.