Denver Marijuana Seizures Down, Tax Revenue Up From 2014 to 2020 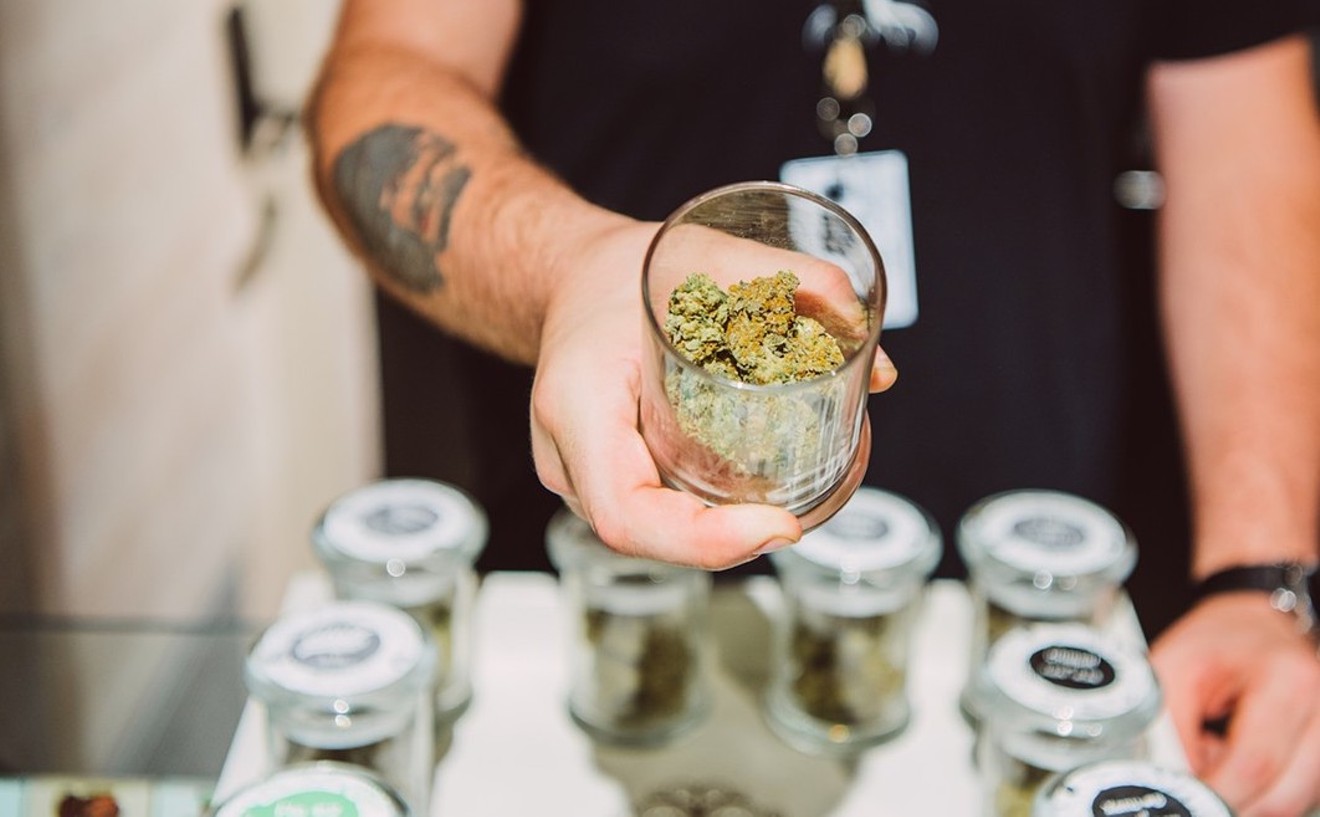 Marijuana tax revenue has jumped every year in Denver since 2014, but 2021 might end that streak. Westword
click to enlarge

Marijuana tax revenue has jumped every year in Denver since 2014, but 2021 might end that streak.
Westword
The number of licensed marijuana businesses has remained flat in Denver since recreational sales began, according to an annual impact report by the Department of Excise and Licenses. However, local marijuana tax revenue has increased substantially during that same span.

A Denver Collaborative Approach report has been released every year since 2015 to highlight marijuana-related taxes, spending, licensing, crime and other social impacts in the city. The most recent report, released September 20, shows that from 2014 to 2020, the number of Denver businesses holding at least one marijuana license decreased from 455 to 440. Meanwhile, the city's marijuana tax revenue more than tripled, going from $21.9 million in 2014 to over $70.3 million last year.

City of Denver
The city has budgeted around $8.8 million of that $70-plus million in pot revenue for marijuana-related enforcement, regulation and education efforts in 2021, according to the report, leaving considerable cash for other projects. Another $10.3 million of 2020's pot revenue was allocated for affordable-housing projects this year, according to Excise and Licenses, while $24.6 million was earmarked for investments to fund affordable housing and homelessness services and youth violence prevention, as well as Denver's Support Team Assisted Response (STAR) Program, a city emergency response team comprising emergency and behaviorial health professionals.

About $34.8 of 2020's marijuana tax revenue was set aside for Denver's general fund in 2021, the report shows, and just over $2.3 million will be used for renovations and improvements to city-owned property.

Denver's marijuana revenue has increased every year since 2014, but the fast times could be running out. According to Excise and Licenses projections, city marijuana tax revenue will likely plateau and could even drop by 2021's end, a prediction becoming more credible by the month as the Colorado Marijuana Enforcement Division releases statewide sales figures.

The majority of crime categories connected to marijuana have dropped significantly over the past seven years, according to police data cited in the report. However, burglary and robbery attempts against the legal pot industry have increased during that span.


In 2014, the same year that recreational marijuana stores opened in Denver, the Denver Police Department Crime Lab processed 9,504 pounds of illegal marijuana. By 2019, that number had dropped to 2,410 pounds of marijuana, the report shows, though it increased to 3,098 pounds last year. Reported marijuana possession offenses dropped almost 89 percent from 2014 to 2020, according to DPD data cited by the city, while overall marijuana offenses, including crimes related to the legal industry, fell 45 percent, from 788 to 435.

Although crimes such as personal possession and illegal distribution are down since recreational sales began, burglaries and robberies have jumped in recent years, according to the report and several crime memos released by the DPD over the last two years. Burglaries associated with commercial marijuana rose from 122 in 2019 to 175 in 2020, the report shows, while other violent offenses — crimes including homicide, rape, robbery and aggravated assault — stayed flat, However, both burglaries and violent offenses related to legal marijuana increased from 2014 to 2020, also, at 44 percent and 64 percent, respectively.

Because marijuana is still federally illegal, a majority of the industry's transactions are done in cash; dispensaries that have experienced burglaries and armed robberies generally report a loss of marijuana products as well as money. The Denver Department of Excise and Licenses is close to approving new security and storage rules for marijuana businesses in hopes of decreasing after-hour crime rates, according to department spokesman Eric Escudero.