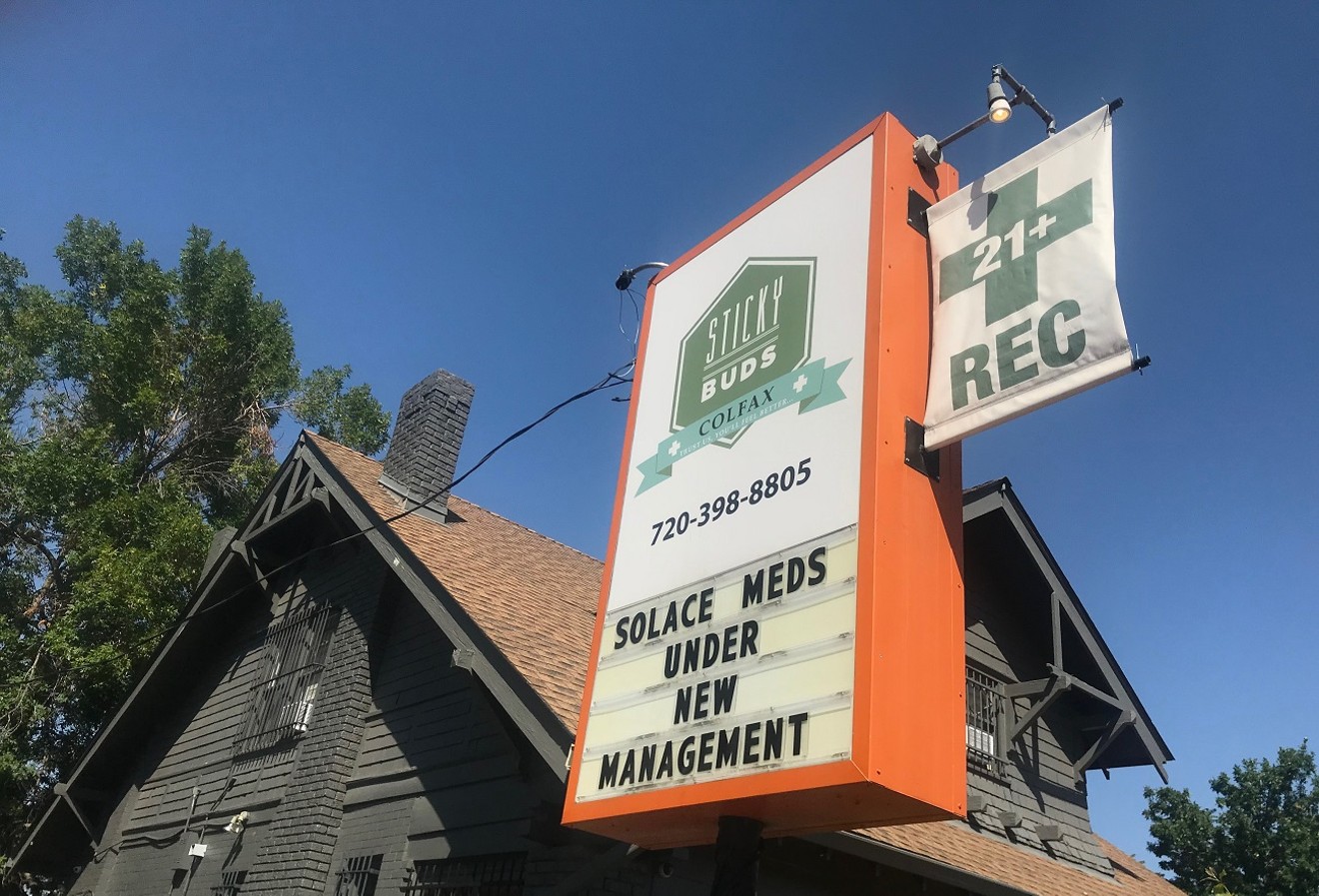 Sticky Buds once had three stores in Denver, on busy South Broadway, West Alameda and East Colfax avenues. The West Alameda store was sold in 2016 to Northern Lights Cannabis Co., but Sticky Buds continued operating the other two locations.

But now the ownership group behind Sticky Buds, which comprises Rodney Hurlbut, Kenneth Relyea and Adam Rettler, have sold those stores to Solace Meds and managing member Ken Correa, according to Solace Meds district manager Mark Kriesman. The official ownership change took place September 1, and while the two stores are staying open during the transition, they are slowly rebranding.

Both stores are recreational-only locations.

"We've kept most of the staff and are slowly rolling it over," Kriesman says. "The two neighborhoods we're in are heavily populated with dispensaries, but we grow some pretty good weed, so we're excited to share it with some of the neighborhood."

Founded by Correa in 2009 as a lone medical marijuana dispensary in Fort Collins, Solace Meds expanded to Wheat Ridge in 2013 and also ventured outside of Colorado, with a licensed wholesale cultivation in Oregon and a medical marijuana dispensary in Oklahoma. Despite the recent expansion, Solace Meds remains a privately owned company, Kriesman says, and still considers itself "one of the smaller stores."

But that small operation just doubled its retail footprint in Colorado without adding any additional growing licenses, and Kriesman is already working hard to keep the stores fully stocked as reports of rising cannabis prices surface.

"We still only have three grows, so our whole staff has been cold-calling to see what's available," he explains, adding that his staff has been successful in keeping the shelves stocked while maintaining the store's loyalty program. "We'll do whatever we can to build loyal customers, and in our first two markets, we've certainly done that."
KEEP WESTWORD FREE... Since we started Westword, it has been defined as the free, independent voice of Denver, and we'd like to keep it that way. With local media under siege, it's more important than ever for us to rally support behind funding our local journalism. You can help by participating in our "I Support" program, allowing us to keep offering readers access to our incisive coverage of local news, food and culture with no paywalls.
Make a one-time donation today for as little as $1.