How Many Smells Can One Marijuana Strain Have? 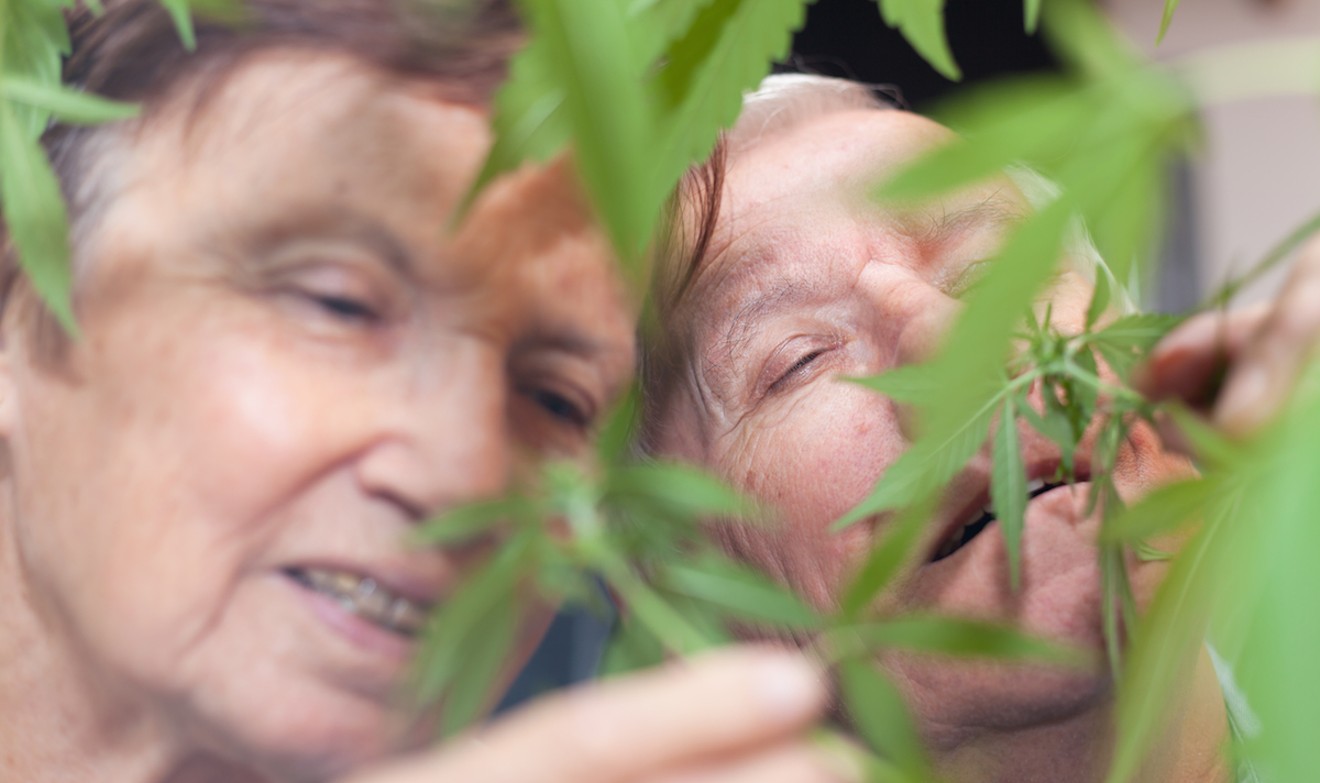 The most important test is always the smell test. Jan Mika /Shutterstock
When describing the smell of marijuana, people usually use one word: skunky. But instead of using one word, a research team recently put 48 odor descriptors before participants in a study examining the unique aromatic traits of individual weed strains.

The study, led by Avery Gilbert and Joseph DiVerdi for peer-reviewed scientific journal PLOS One, also found that the different scents can influence how we perceive different strains of weed. While weed’s smell is known to produce complaints from non-users nearby, cannabis consumers also use the aroma as an indicator of its quality, according to Gilbert’s study.

The 61 participants in the study, most of whom had bought and smoked weed since it was legalized in Colorado, were asked how potent they thought each cannabis sample was based solely on its smell; how interested they would be in smoking it; and how much they would expect to pay for a gram of the sample.

The study used 48 different aromatic terms to describe cannabis strains.
Courtesy of Avery Gilbert
Most strains were marked with three to five of the odor descriptors, but the number for each sample ranged from one to eighteen. This suggests that 48 descriptors perhaps aren’t necessary for a cannabis lexicon, according to Gilbert. The most frequently used descriptors by participants were "earthy," "herbal" and "woody." The least used terms were "tar," "strawberry" and "peach."

The study also found that the perceived potency and price of each strain, along with the consumer’s interest, all correlated. The more potent participants perceived a strain to be, the more expensive they thought it was — and they wanted to try it at a higher rate. This part of the study also showed a distinct split, separating the strains into two “clusters.” The strains that were deemed part of the “citrus group,” such as Durban Poison, Super Skunk and Jilly Bean, were thought of as more potent and expensive than those in the “earthy group,” which included Mob Boss and Fruity Pebbles.

However, the perceived potency didn’t match up with the actual THC levels in cannabis, which Gilbert says isn’t surprising, as THC doesn’t produce an odor. It’s believed that terpenes — organic compounds that are produced by many plants, including cannabis — give weed its smell. As many as 140 terpenes have been identified in cannabis so far.

Gilbert, who describes himself as a “smell scientist,” studied biology and psychology and holds a doctoral degree from the University of Pennsylvania. His two specialties led him to explore odor perception and eventually start Headspace Sensory, LLC, a company that analyzes the aroma of cannabis.