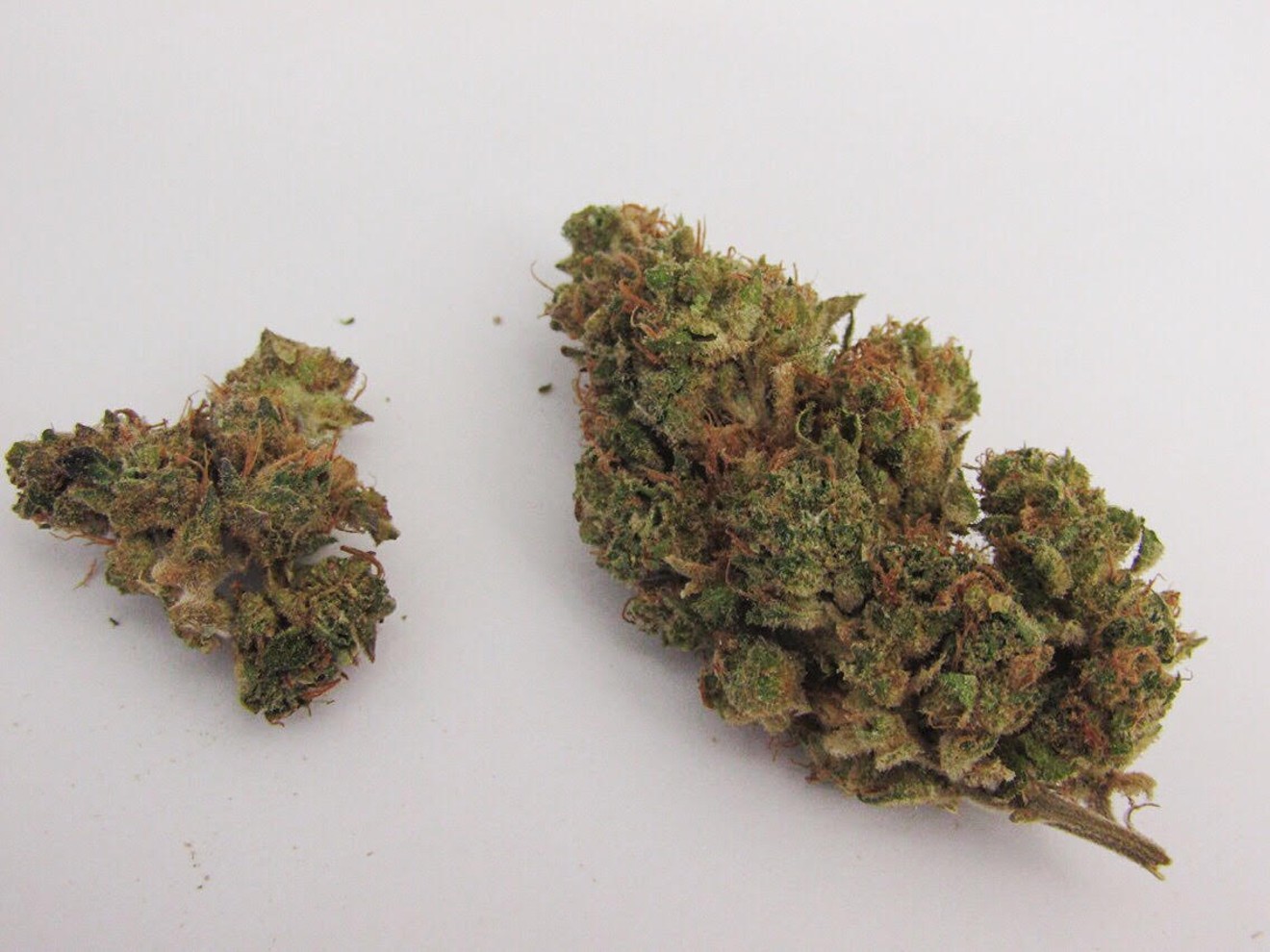 Opium: No prescription needed. Herbert Fuego
I've been vocal about my hesitation to try strains named for synthetic drugs; they put me in a foul state of mind before I even light up. But a friend of mine recently pointed out that such strains as Herijuana and Opium actually help medical marijuana patients looking for heavy, sedated strains with effects similar to those of prescription medication. While smoking something named for exactly what you're avoiding sounds a little counterproductive, I could see his point, so I decided to give Opium's healing power a try after I sprained my toe playing basketball.

Although United States Attorney General Jeff Sessions doesn't want to admit it, multiple studies have shown that states with legal cannabis, whether medical or recreational, have seen a reduced number of opioid deaths since legalization. Pot strains that provide pain relief, calm the mind and offer other strong medicinal values, such as Opium, can be used as an alternative treatment to the highly addictive painkillers — so maybe in some dark, ironic way, Opium is a savior.

I couldn't help but conjure visions of a hazy opium den in 1900s San Francisco as I packed my first bowl of the fifty-fifty hybrid, and I wouldn't have minded traveling back in time to see one — without passing out among all the drooling men. Luckily, Opium cannabis provides heavy pain and stress relief without instantly making you comatose, giving users a solid hour or so of visual and cerebral effects before pulling them down a hole of blissful fatigue. The pain from my sprained toe and the memory of hurting it on a missed layup vaporized after two small bowls of Opium, yet I still had enough energy to cook dinner and clean up afterward before getting decked.

I’ve seen Opium at Green Cross of Cherry Creek and the Clinic, but haven’t noticed it on the menu anywhere else for a while now; that doesn’t mean it’s not out there, though. The Clinic’s cut is too spicy and grassy for my taste, but its effects are soothing nonetheless. I haven’t tried Green Cross’s version since 2015, but at that time it had a sweet mixture of citrus and zest, like a lemon peel, with a strong indica comedown.

Smell: Spicy overtones initially mask the strain’s citrus and chalky-sweet notes, but the mix of earthy, zesty and lemon scents provide an enjoyable smell if you take the time to dissect them. If you don’t like peppery strains, the first whiff might be hard to get past.

Flavor: Opium’s flavor doesn’t carry as much spice as its smell, with heavier tastes of soil and citrus accompanied by a dank, grainy aftertaste that overtakes the tastebuds after the zesty hit up front.

Effects: Given its calming and sedating qualities, Opium's name is well deserved. The high is soothing for the body and mind, relieving stress, pressures and pain — or making you forget about them, at the very least. Although heavily used for medical purposes, Opium is also great for a night in, as its relaxing and visual effects keep the senses stimulated for a good amount of time before you slip into the inevitable doze.

Home grower's take: “Buds on this plant are always big, even though the density has changed the four or five times I’ve grown it. My medical patients — I’m a caregiver — enjoy it because it can help numb pain without making them too groggy too fast. I like it because it flowers in nine weeks or less, which just makes it more convenient for everyone. It’s a sturdy plant and above-average yielder, too. As a smoker, I think I like Flo more for hybrids; Opium feels more like an indica to me. But as a grower, this is always a good choice.”