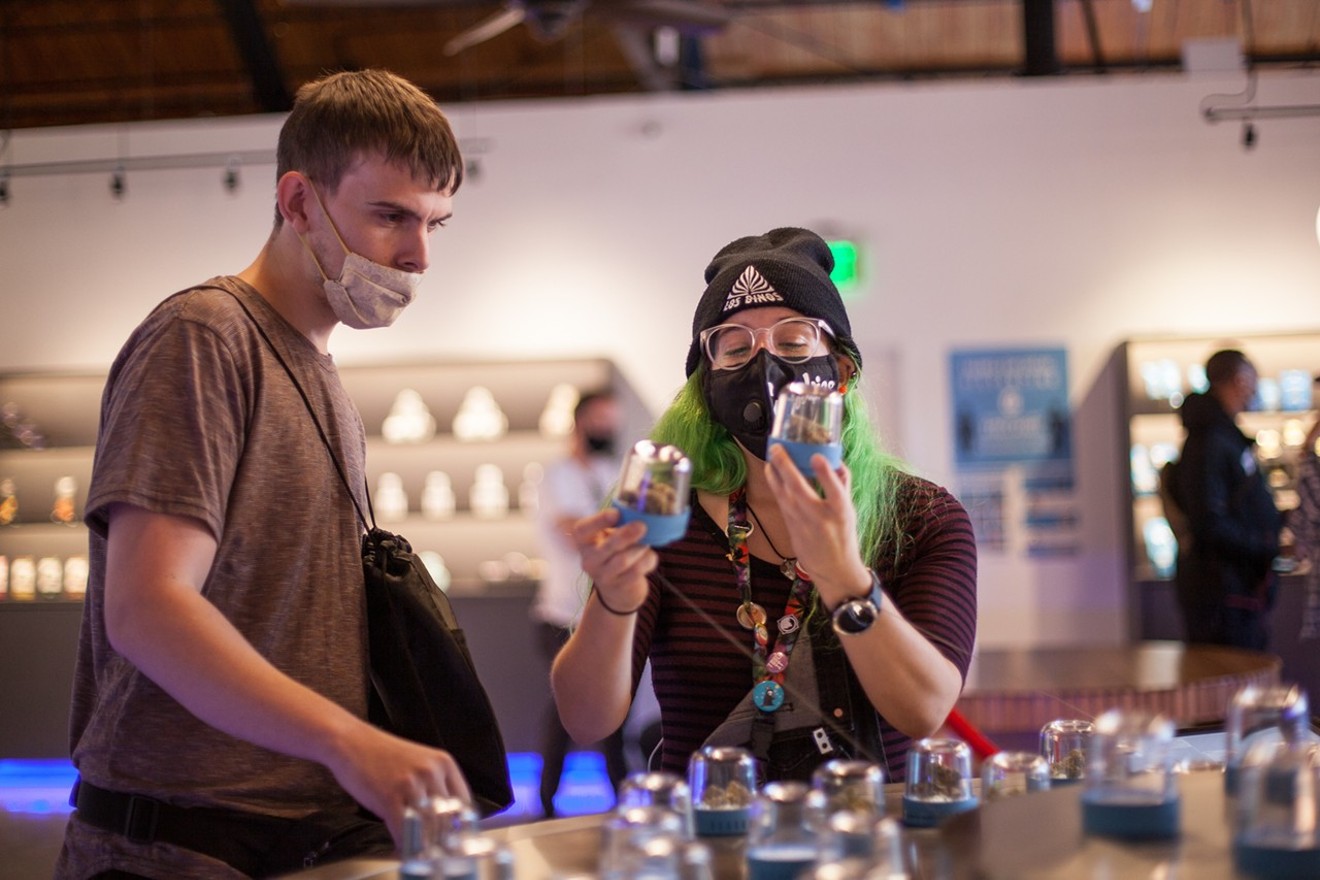 Fraudsters have posed as state inspectors, law enforcement, utility providers, product vendors and even marijuana workers. Jacqueline Collins
Marijuana businesses are still fighting off high-level scammers, according to the Colorado Marijuana Enforcement Division, which recently sent another warning to the state's pot industry about "intensifying instances" of fraud.

The June 7 memo alerted marijuana business owners that con artists haven't disappeared, despite multiple warnings from the MED and Denver Police Department. This is the fourth memo the MED has sent the industry since last October, with 48 fraud attempts reported across the state during that span.

Of those 48 attempts, approximately 20 percent have been successful, according to the MED. "Suspects successfully deceived employees into delivering cash or providing prepaid purchase card numbers, defrauding businesses of tens of thousands of dollars," the MED memo notes.

MED officials and dispensary owners contacted by Westword describe the scamming attempts as very intricate and detailed. Fraudsters have posed as state inspectors, law enforcement, utility providers, product vendors and even employers of marijuana workers, building a conversation or relationship with the business through phone calls and texting. Employees would then be asked to provide photos of their workplaces for a fake inspection by state inspectors, or cash for false utility bills or licensing fees.

Yuma Way, a network of five dispensaries in the Denver area, experienced multiple fraud attempts by fake Xcel Energy and MED employees earlier this year, but co-owner Rita Tsalyuk says the company hasn't experienced any more since those initial attempts failed. Rocky Road Remedies, another Colorado chain of dispensaries, hasn't been as lucky.

"They would ask for another cell number because they don't want to tie up a store phone. Once they have the cell phone number, they change the story," Rocky Road director of operations Stephanie Hull said earlier this year. "Then they contact the manager via text and present themselves as a director of operations, general manager or someone else."

After dealing with multiple scam attempts at stores in 2020 and 2021, including one in which someone claiming to be the business director asked for $10,000 to be delivered to a hospital, Rocky Road is still dealing with similar attempts, according to president Tad Bowler. Recently, an email address with a domain name similar to that of Rocky Road Remedies' Aurora store has been reaching out to company contacts, he says, and shady emails are regularly asking for his cell phone number.

"Often scammers attempt to build trusting relationships with their victims through frequent communication. In each call or text, the suspect disclosed business owners or managers’ names and photographs and relayed pertinent information about the business to gain employees’ trust," the MED's June 7 memo reads.

While posing as an employer or colleague, scammers have also requested employees to download encrypted text messaging applications for untraceable communications and instructed them to deliver cash to an off-premise location, frequently a hotel parking lot or Bitcoin ATM, the MED adds.

The MED asks marijuana businesses to report all suspicious activity to law enforcement. Asked if the Colorado Attorney General is investigating the cannabis company scamming, a spokesperson said the office "cannot comment on or confirm the existence of complaints or investigations."
KEEP WESTWORD FREE... Since we started Westword, it has been defined as the free, independent voice of Denver, and we'd like to keep it that way. With local media under siege, it's more important than ever for us to rally support behind funding our local journalism. You can help by participating in our "I Support" program, allowing us to keep offering readers access to our incisive coverage of local news, food and culture with no paywalls.
Make a one-time donation today for as little as $1.