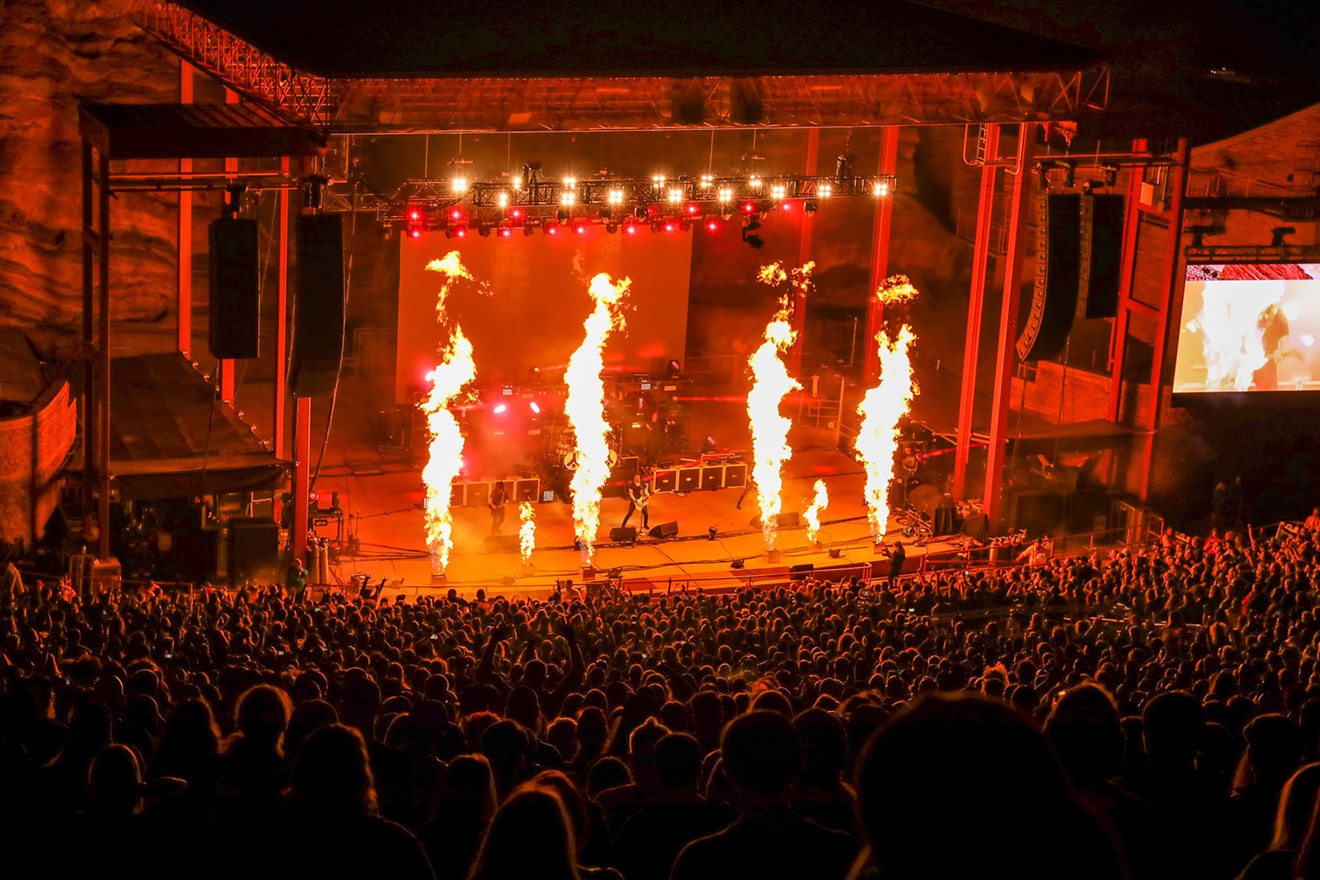 There isn't much metal at Red Rocks in 2019. Aaron Thackeray
Red Rocks concert announcements have been rolling out over the past couple of months. As Westword noted in our recent story about ten of the upcoming shows, the current lineup is rich with jam bands, some electronic music and indie rock. As for metal? There's not much.

But there's a reason for that, note Westword readers: Red Rocks just isn't the best place to see a metal show.


Metal shows at Red Rocks stink. Metal is best consumed in cavern-like venues devoid of light, filled with bizarre smells heavily masked with bleach, and a high likelihood of being soaked in random flying beer. Or at least what you hope is beer.


I saw Slipknot at Red Rocks. It was horrible. The moshing went down like the domino effect. It was actually comical...I'll take Fear Factory at the Summit any day. Red Rocks is best left to stoner jam bands and morning yoga.

For Miles, the current Red Rocks lineup is a letdown:


I've seen, Rush, Scorpions, Red Hot Chili Peppers, Great White and a bunch more shows at Red Rocks, and there is no better place on the planet to see a show. However, that list of bands is pathetic. I hope this isn't a sign of things to come.

Nathan says he doesn't know many of the bands on the current lineup:


The older I get, the less bands I've heard of that are playing Red Rocks.

Regardless of the lack of metal, the 2019 season promises plenty of other types of music, including a three-day run from the Avett Brothers and a collaboration between "Weird Al" Yankovic and the Colorado Symphony that has generated buzz among Westword readers.

Here's some of our coverage of the upcoming season: